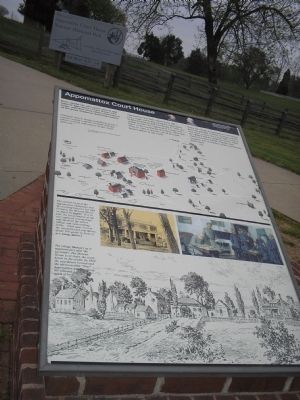 Here, amidst the once-quiet streets and lanes of Appomattox Court House, Lee, Grant, and their tired armies enacted one of the great dramas in American history.

“General, this is deeply humiliating; but I console myself with the thought that the whole country will rejoice at this day’s business.”
- A Confederate during the surrender ceremony
April 12, 1865

Appomattox was first called Clover Hill – just a stage coach stop along the Stage Road linking Richmond and Lynchburg. In 1845, the village became the Appomattox County seat – home to the courthouse and about 100 people. Then, in 1865, it became one of the most famous places in the world.

Today the village of Appomattox Court House has been partially restored. Its lanes and lots look much look much as they did in April 1865. Some of the village’s historic buildings remain, while others have been rebuilt. Together they comprise one of America’s most vivid historic landscapes. 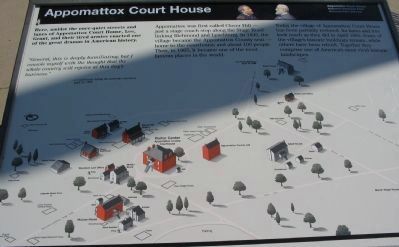 Click or scan to see
this page online
historical marker is listed in this topic list: War, US Civil. A significant historical month for this entry is April 1861.

More about this marker. The center of the marker features a map of the present day village of Appomattox Court House. Below this are a photograph of the McLean family sitting in front of the McLean House, where the surrender took place, and a painting of General Lee signing the surrender documents. These have a caption of "The central event of the Appomattox Campaign was the meeting between Lee and Grant on April 9 (right). But in fact, the final chapter of the war spanned several days and involved the entire village and surrounding fields. Start your visit at the reconstructed courthouse, about 100 yards in front of you (map, above)."

The bottom of the marker contains a picture of the village of Appomattox Court House as it appeared in 1865. It has the caption "The village (below) as it appeared just after the surrender. The McLean House is at right, the courthouse in the center. In 1892 the courthouse burned and the old town died. ‘New’ Appomattox grew up along the railroad a few miles south of here."

Related markers. Click here for a list of markers that are related to this marker. Appomattox Virtual Tour by Markers 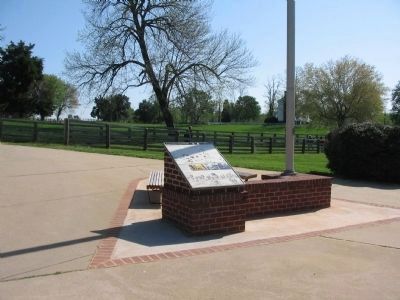 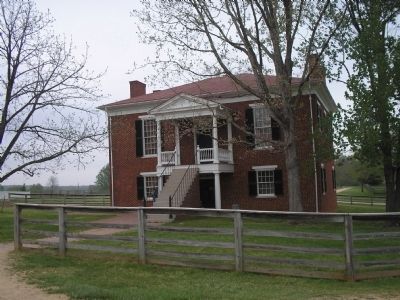 Photographed By Bill Coughlin, April 26, 2007
4. Court House in the Village 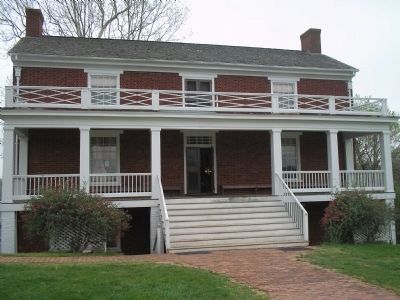 Photographed By Bill Coughlin, April 26, 2007
5. McLean House
General Lee surrendered the Army of Northern Virginia to Lt. Gen. Grant in the parlor of this house on April 9, 1865, virtually ending the Civil War. 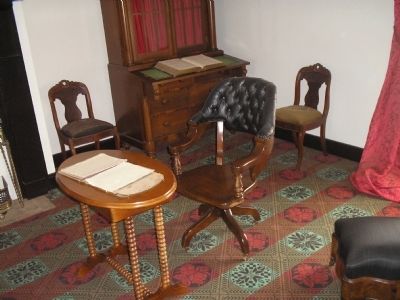 Photographed By Bill Coughlin, April 26, 2007
6. Grant's Chair and Desk
This desk and chair were used by Gen. Grant during the surrender ceremony. They are on display at the McLean House. 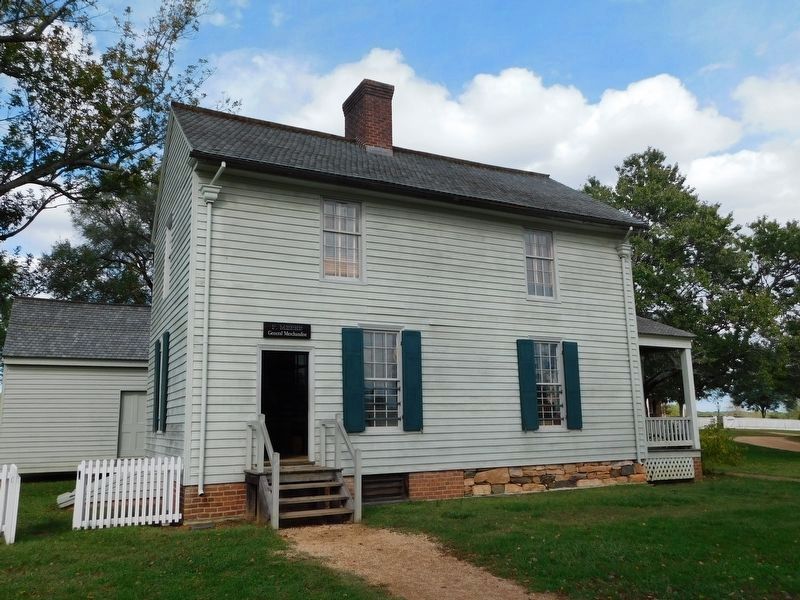 Photographed By Bradley Owen, October 16, 2017
7. Meeks Store
Constructed in 1852 (original). At the time of the surrender, Francis Meeks operated a general store and a post office here. 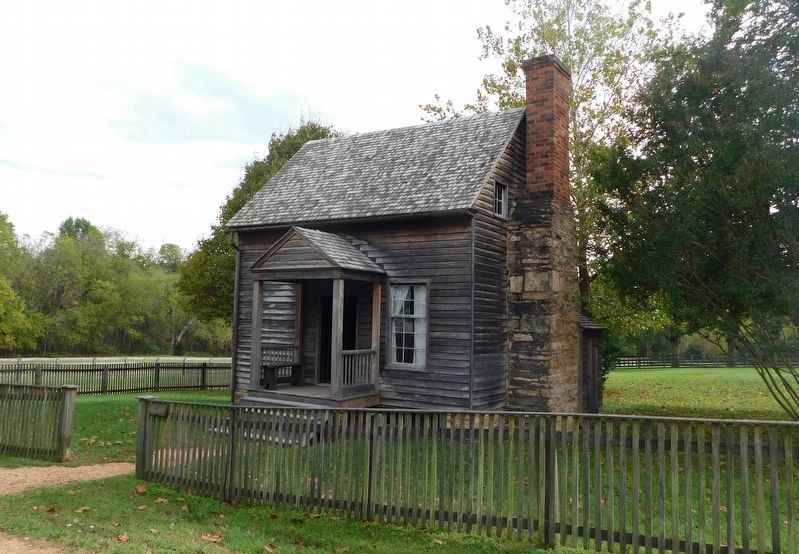 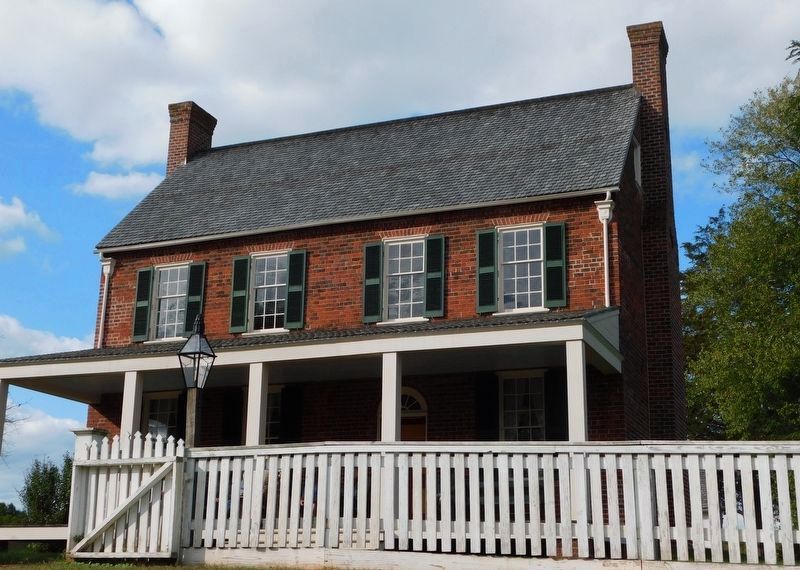 Photographed By Bradley Owen, October 16, 2017
9. Clover Hill Tavern
The oldest structure in the village built in 1819 (original). This is where the Federals printed the parole passes for Confederate soldiers. 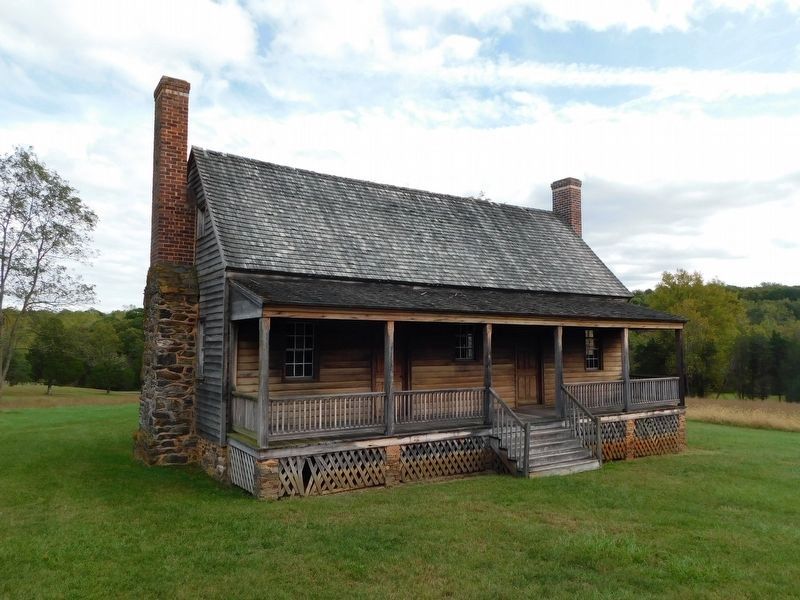 Photographed By Bradley Owen, October 16, 2017
10. Mariah Wright House
This home was built in the mid-1820s (original). The stone and brick chimneys are typical for the region. 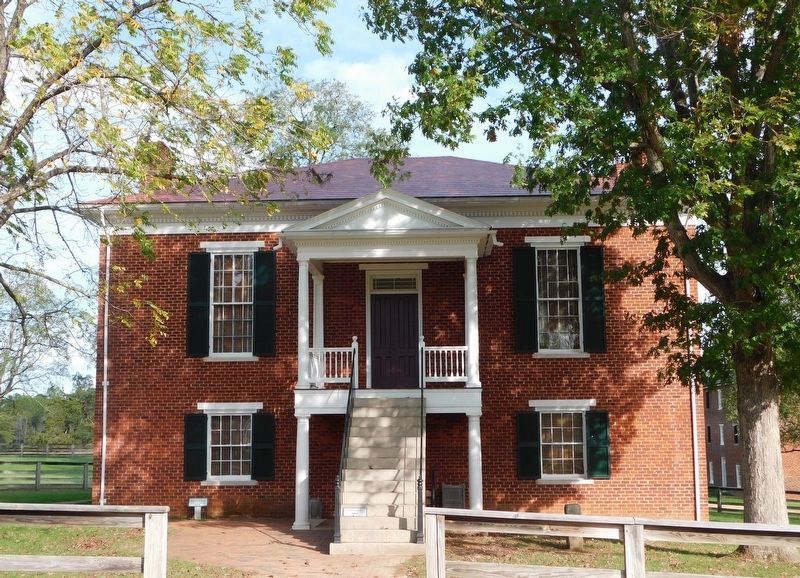 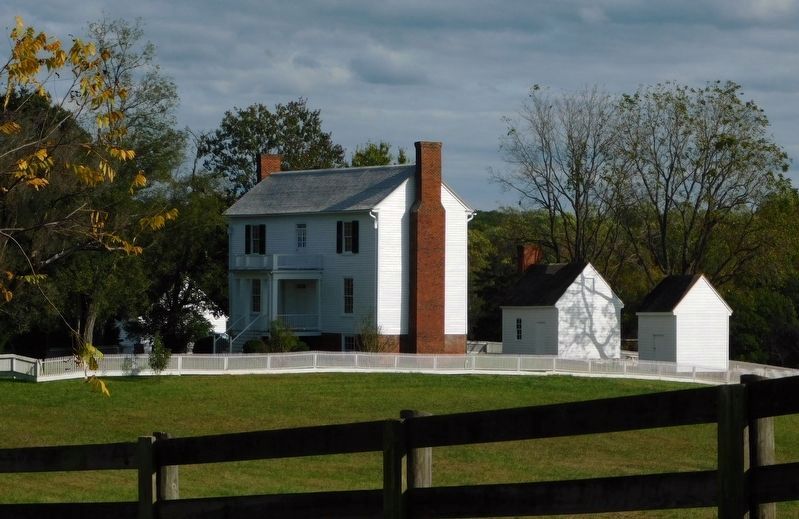