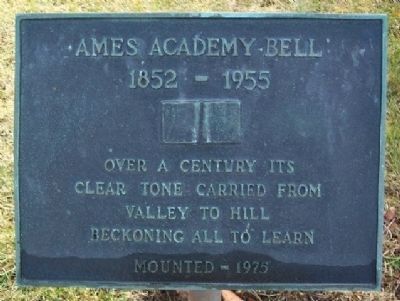 Photographed By William Fischer, Jr., January 4, 2009
1. Ames Academy Bell Marker
Inscription.
Ames Academy Bell. Over a century its clear tone carried from valley to hill beckoning all to learn . This historical marker was erected in 1975. It is in Amesville in Athens County Ohio

Topics and series. This historical marker is listed in this topic list: Education. In addition, it is included in the Historic Bells series list.

Location. 39° 24.017′ N, 81° 57.33′ W. Marker is in Amesville, Ohio, in Athens County. Marker is at the intersection of State Street (Ohio Route 550) and Franklin Street, on the right when traveling east on State Street. Marker and bell are in Gifford Park. Touch for map. Marker is in this post office area: Amesville OH 45711, United States of America. Touch for directions. 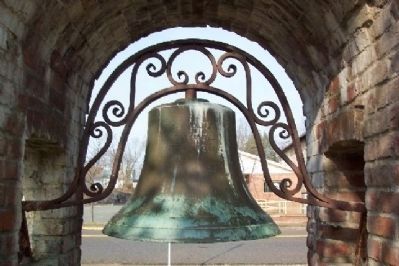 Click or scan to see
this page online
away); Todd and Tony Carr Memorial (approx. 8.4 miles away); Athens County Infirmary (approx. 8.8 miles away). Touch for a list and map of all markers in Amesville. 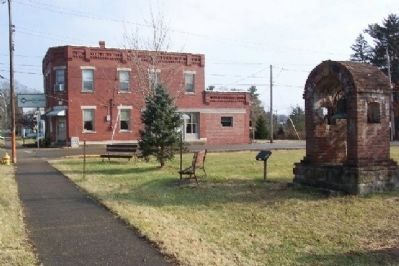