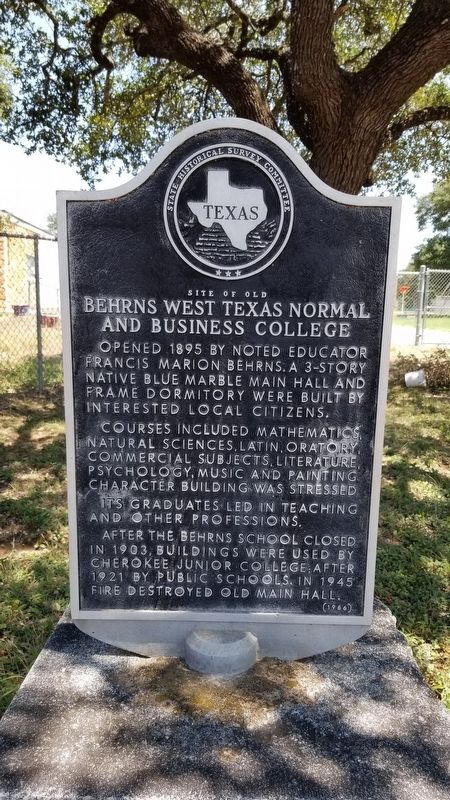 After the Behrns School closed in 1903, buildings were used by Cherokee Junior College; after 1921 by public schools. In 1945 fire destroyed old main hall.

Topics. This historical marker is listed in this topic list: Education. A significant historical year for this entry is 1895.

Other nearby markers. At least 3 other markers are within 16 miles of this marker, measured as the crow flies. Baby Head Cemetery (approx. 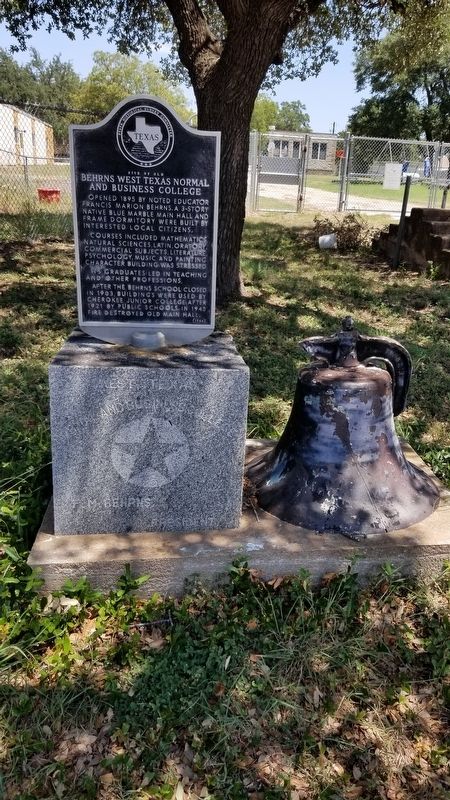 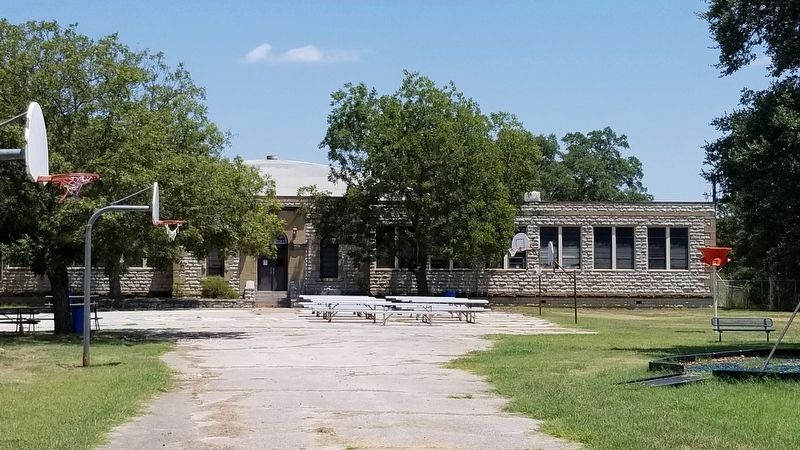