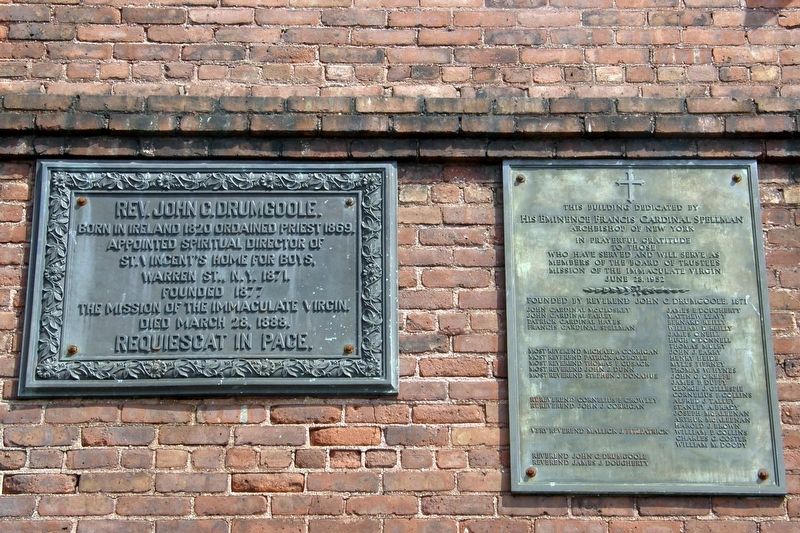 Topics. This historical marker is listed in these topic lists: Charity & Public Work • Churches & Religion. A significant historical date for this entry is March 28, 1888.

More about this marker. This is one of seven plaques on the wall of the old powerhouse. Apparently, they were removed from buildings that have been demolished over the years. 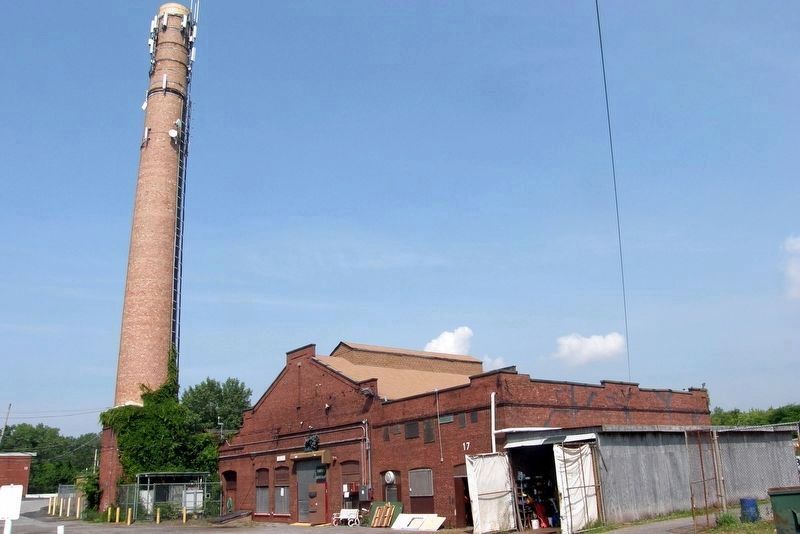 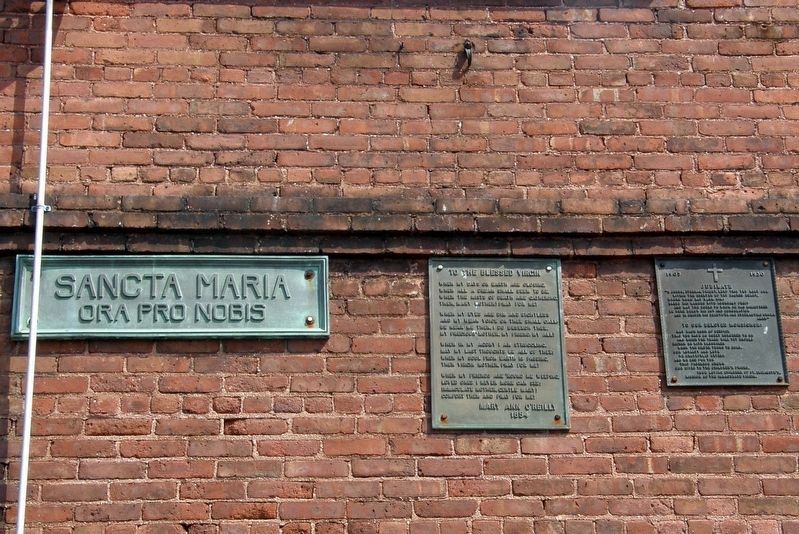 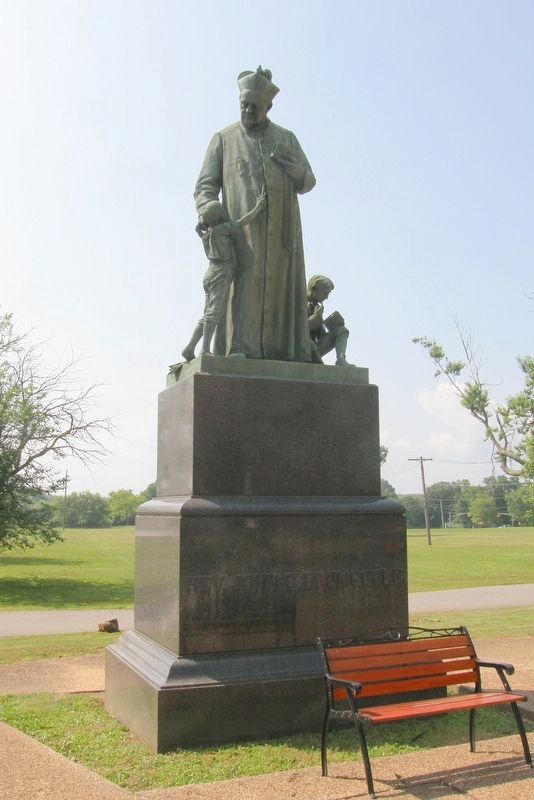 Photographed By Larry Gertner, June 27, 2013
4. Rev. John C. Drumgoole
The grouping is an allegory - the downtrodden orphan to the left; the same boy studying to better himself to the right. 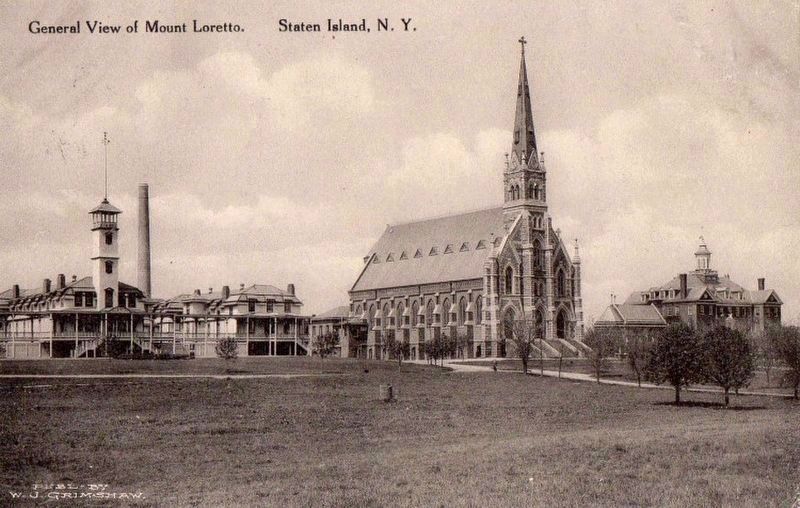 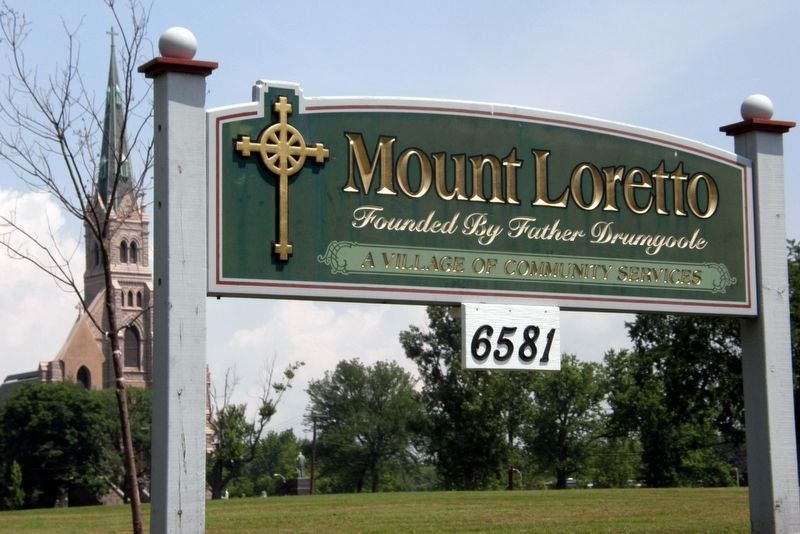