The First Colony of the United States 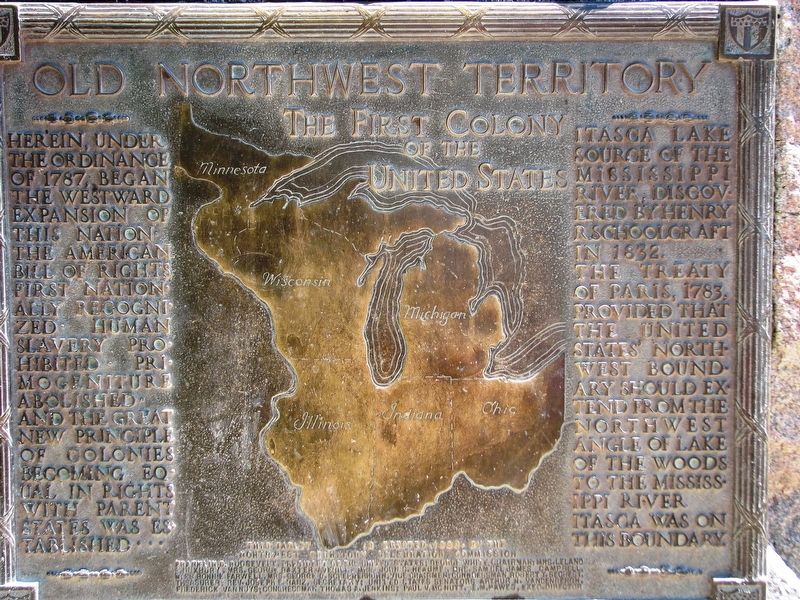 Herein, under the Ordinance of 1787, began the westward expansion of this nation • The American Bill of Rights first nationally recognized • Human slavery prohibited • Primogeniture abolished • And the great new principle of colonies becoming equal in rights with parent states was established… 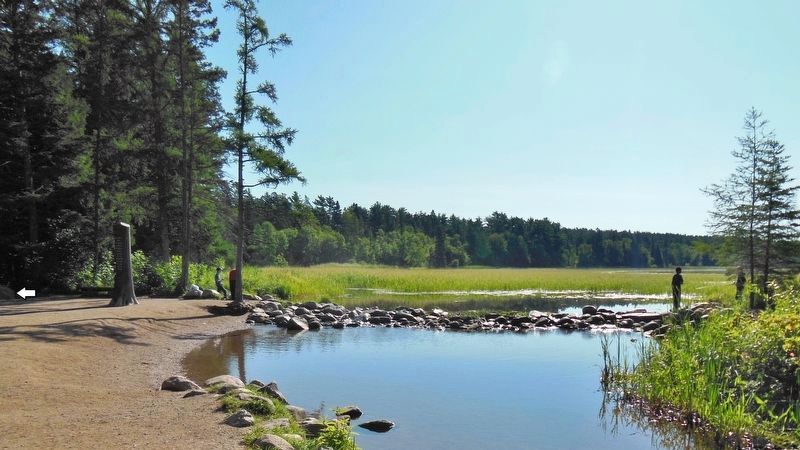 Click or scan to see
this page online
1938 by Northwest Territory Celebration Commission.

Topics. This historical marker is listed in these topic lists: Exploration • Settlements & Settlers • Waterways & Vessels. A significant historical year for this entry is 1787.

Location. 47° 14.394′ N, 95° 12.454′ W. Marker is near Shevlin, Minnesota, in Clearwater County. Marker can be reached from County Road 117, 0.3 miles south of County Road 122. Marker is located at the Mississippi Headwaters site at the north end of Lake Itasca. Access is via the park trail, east from Mary Gibbs Mississippi Headwaters Center about 2/10 mile. Touch for map. Marker is in this post office area: Shevlin MN 56676, United States of America. Touch for directions. 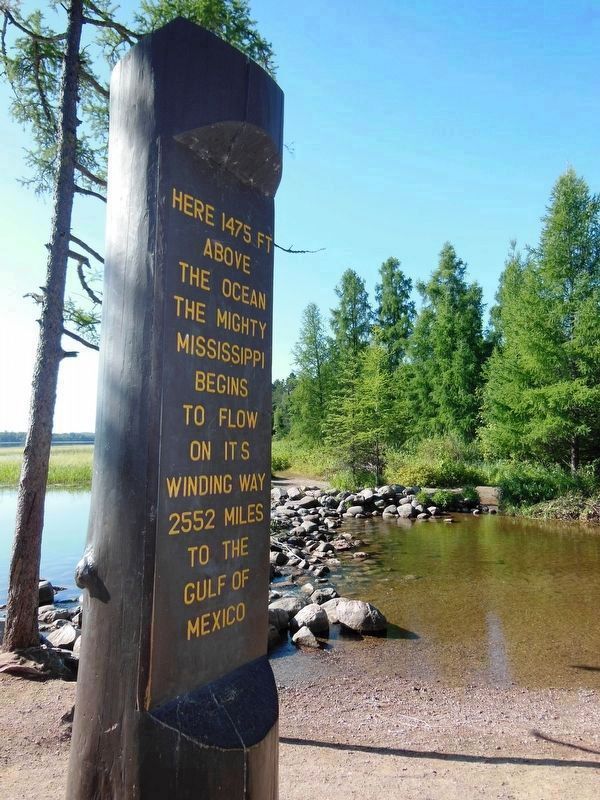 Photographed By Cosmos Mariner, August 13, 2013
3. Mississippi Headwaters
(view from Old Northwest Territory marker)
Here 1475 feet above the ocean the mighty Mississippi begins to flow on its winding way 2552 miles to the Gulf of Mexico
from lands beyond the Appalachian Mountains, between British North America and the Great Lakes to the north and the Ohio River to the south. The upper Mississippi River formed the territory's western boundary. Pennsylvania was the eastern boundary. Throughout the Revolutionary War, the region was part of the British Province of Quebec. The region was ceded to the United States in the Treaty of Paris of 1783. (Submitted on September 6, 2020, by Cosmos Mariner of Cape Canaveral, Florida.)

2. Northwest Territory (Wikipedia). Established in 1787 by the Congress of the Confederation through the Northwest Ordinance, it was nation's the first post-colonial organized incorporated territory. At the time of its creation, the territory included all the land west of Pennsylvania, northwest of the Ohio River and east of the Mississippi River below the Great Lakes. It ceased to exist March 1, 1803, when the southeastern portion of the territory was admitted to the Union as the state of Ohio, and the remainder attached to Indiana Territory. (Submitted on September 6, 2020, by Cosmos Mariner of Cape Canaveral, Florida.)