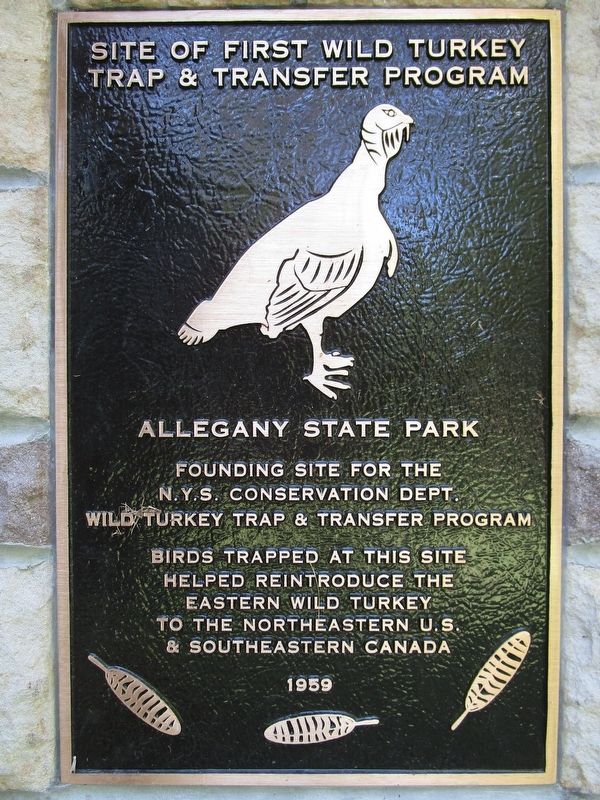 Topics. This historical marker is listed in these topic lists: Animals • Parks & Recreational Areas. A significant historical year for this entry is 1959.

Location. 42° 2.711′ N, 78° 43.944′ W. Marker is in Red House, New York, in Cattaraugus County. Marker is on France Brook Road, ¾ mile west of ASP 2, on the right when traveling west. Marker is on France Brook Road, a narrow stone road in Allegany State Park off route ASP 2 about halfway between the Red House area and the Pennsylvania border. The road is mostly one lane and may not be maintained in winter. The GPS coordinates are an estimate. Touch for map. Marker is in this post office area: Salamanca NY 14779, United States of America. Touch for directions.

Other nearby markers. At least 8 other markers are within 5 miles of this 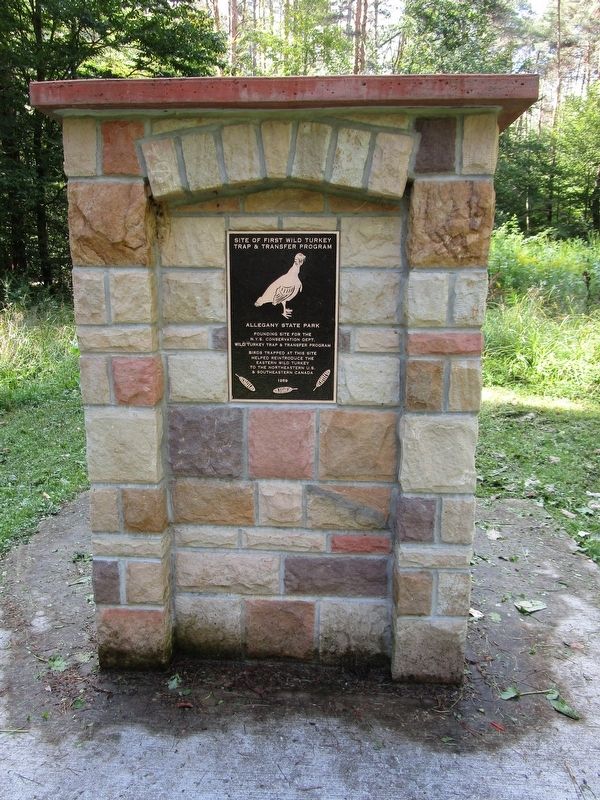 By 1840 there were no more turkeys in New York State; 75% of the state had been lumbered off. By 1900 this trend turned around. Poor producing farms were abandoned and reverted to habitat suitable for turkeys. A small population of them survived in Pennsylvania and around 1948 some moved across the border into our Southern Tier [of New York State]. Officers of the NYS Department of Environmental Conservation saw this.

In 1957 DEC Officer Dick Hyde came up with the idea of reintroducing turkeys to areas they once populated using a method that had worked with pheasants. The birds were trapped under nets shot from cannons and transported to new territory. 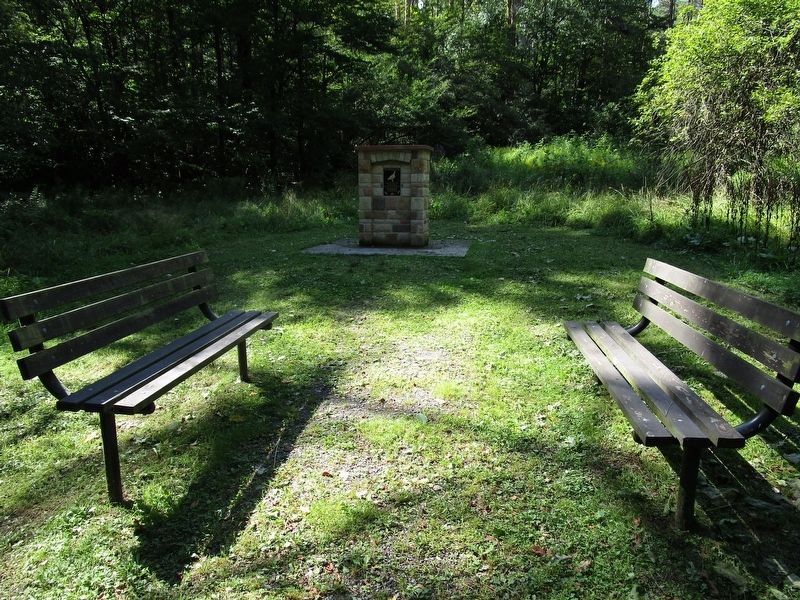 Photographed By Anton Schwarzmueller, August 25, 2020
3. Site of First Wild Turkey Trap & Transfer Program Marker
He assigned a junior officer, Fred Evans, to figure out how to do it and to get the job done. The cannon-propelled net worked magnificently. Evans explained the trap and transfer procedure to many land owners but no one would give up their turkeys. Finally he approached Leigh Batterson, then Allegany Regional Parks Director. Batterson took it up with the Allegany State Park Commissioners and they gave their permission. The vote was 11 to 1.

I talked to Hugh Dunne who, back in the 1950s and 60s working in the Park Engineering Department, was part of this operation. Hugh gives the credit for the success of the program to Fred Evans, himself, for his dedication and persistence. Hugh added the fact that Evans was an amateur pilot with a plane of his own. Evans made many of the transfer runs in his plane, crammed with crated turkeys. Hugh said, "Leigh Batterson let me and some of the other Park employees help Evans with the nets and 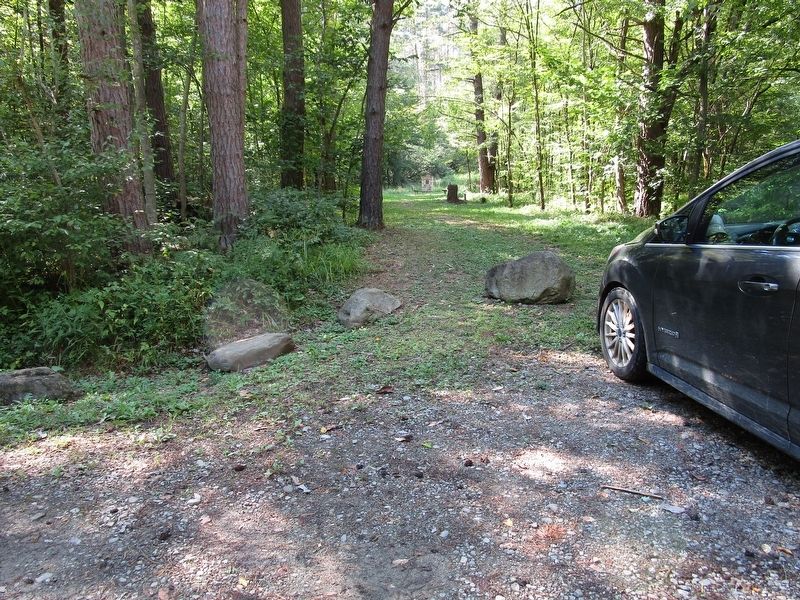 Photographed By Anton Schwarzmueller, August 25, 2020
4. Site of First Wild Turkey Trap & Transfer Program Marker
Look for these boulders marking space for a couple vehicles to park on the north side of the road. If you reach a 90 degree turn in the road, you passed this spot.
cannons. We did it in the winter when food was scarce for turkeys. “We put corn out on one of the cabin trails. When the turkeys got used to eating there, we set up the cannon and net and waited inside one of the cabins. Ten or fifteen of them would collect there.” Eventually we stocked the whole Northeast; Vermont, Massachusetts, New Hampshire, New Jersey, even Ontario.