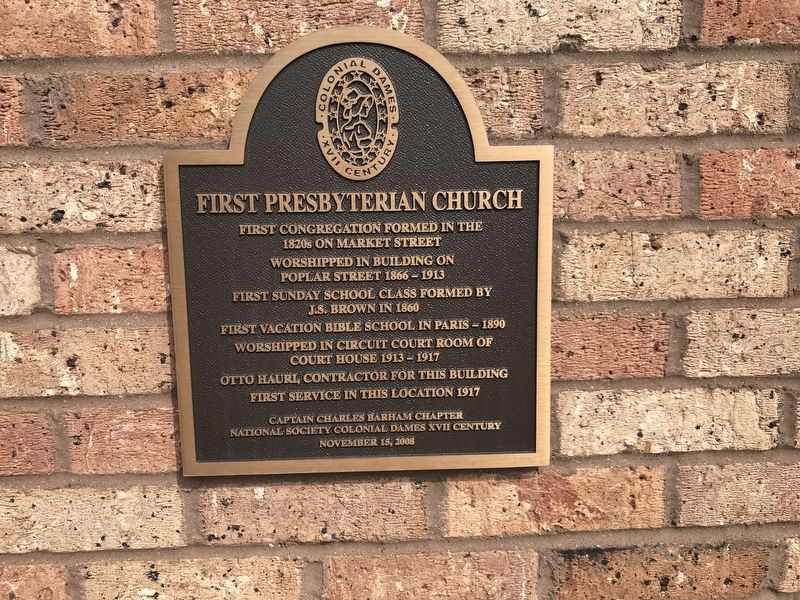 First congregation formed in the 1820s on Market Street

Otto Hauri, contractor for this building

First service in this location 1917

Topics and series. This historical marker is listed in this topic list: Churches & Religion. In addition, it is included in the The Colonial Dames XVII Century, National Society series list. A significant historical year for this entry is 1820.

Other nearby markers. At least 8 other markers are within walking distance of this marker. Dr. Bobby Jones (within shouting distance 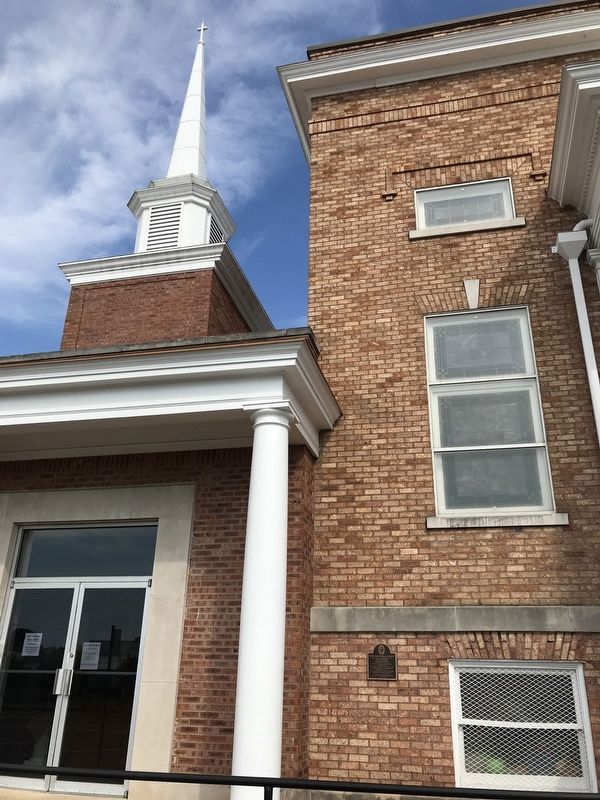 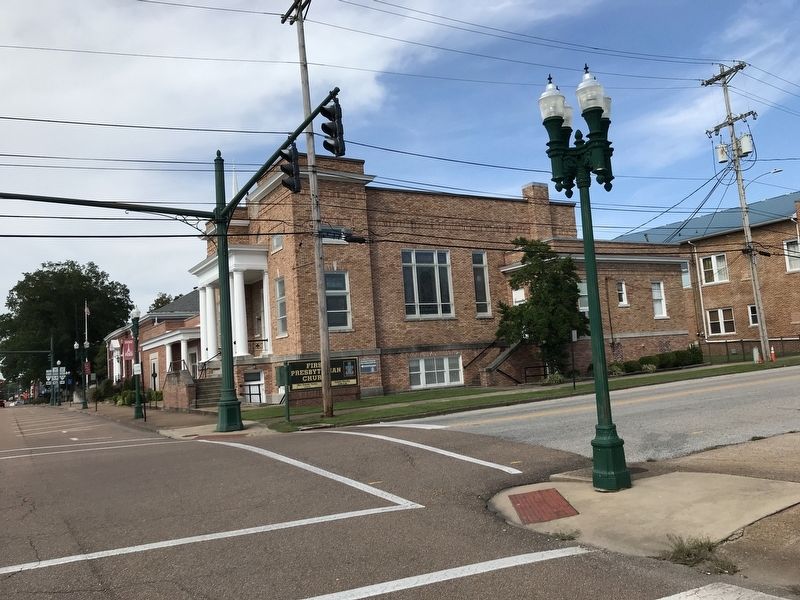