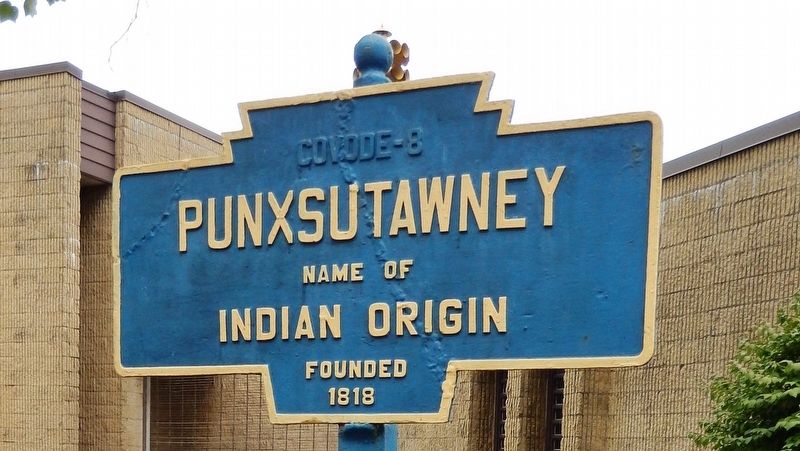 Topics. This historical marker is listed in this topic list: Settlements & Settlers. A significant historical year for this entry is 1818.

Other nearby markers. At least 8 other markers are within 11 miles of this marker, measured as the crow flies. Barclay Square (about 400 feet away, measured in a direct line); Groundhog Day (approx. one mile away); Charles J. Margiotti (approx. 1.3 miles away); Great Shamokin Path (approx. 3.3 miles away); Rossiter Strike Injunction (approx. 3.7 miles away); First Pennsylvania Troopers Killed in the Line of Duty (approx. 4.4 miles away); Millstone (approx. 8.1 miles away); Fort Mahoning (approx. 10½ miles away). Touch for a list and map of all markers in Punxsutawney. 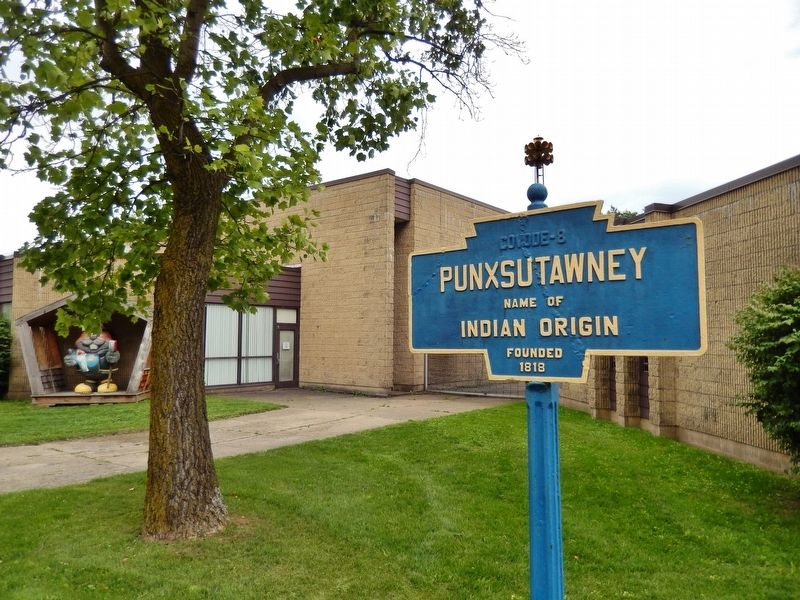 Click or scan to see
this page online
Punxsutawney, Pennsylvania (Wikipedia). The area was originally settled by the Lenape (Delaware Native Americans), and the name "Punxsutawney" derives from a Native name in Unami (a Lenape language): Punkwsutènay, which translates to "town of the sandflies" or "town of the mosquitoes." Settlers drawn by lumbering and coal mining eventually drained the swamps and exterminated the insects. (Submitted on September 10, 2020, by Cosmos Mariner of Cape Canaveral, Florida.) 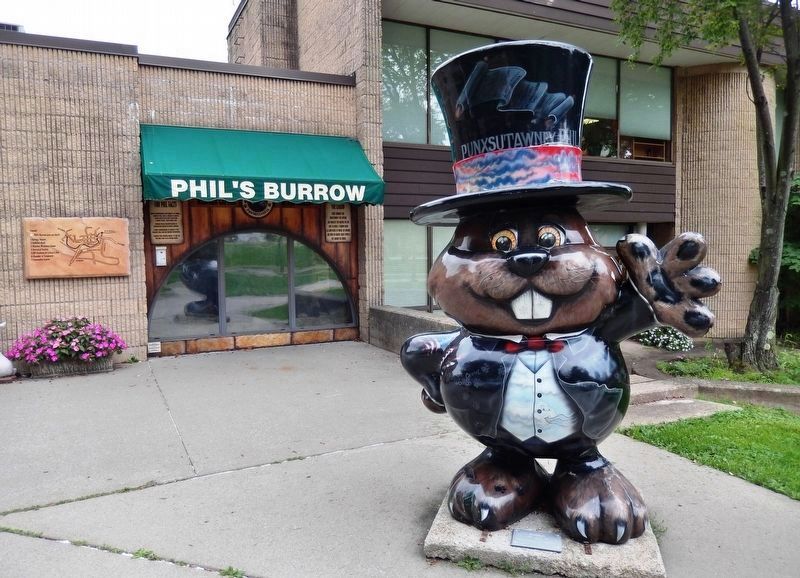