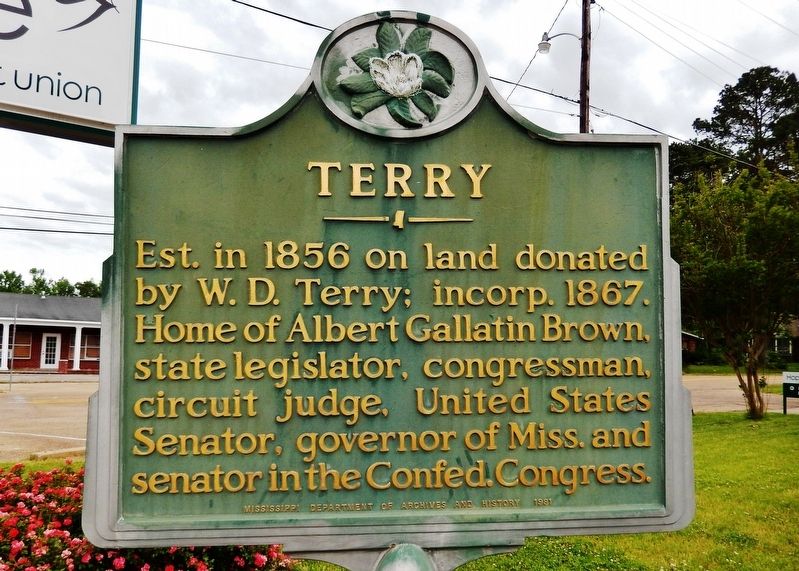 By Cosmos Mariner, May 9, 2016
1. Terry Marker
Inscription.
Terry. . Est. in 1856 on land donated by W.D. Terry; incorp. 1867. Home of Albert Gallatin Brown, state legislator, congressman, circuit judge, United States Senator, governor of Miss. And senator in the Confed. Congress. . This historical marker was erected in 1981 by Mississippi Department of Archives and History. It is in Terry in Hinds County Mississippi

Erected 1981 by Mississippi Department of Archives and History.

Topics. This historical marker is listed in this topic list: Settlements & Settlers. A significant historical year for this entry is 1856.

Location. 32° 5.767′ N, 90° 17.695′ W. Marker is in Terry, Mississippi, in Hinds County. Marker is on Cunningham Street just west of South Utica Street, on the left when traveling west. Marker is located near the sidewalk at the southwest corner of the intersection. Touch for map. Marker is at or near this postal address: 109 Cunningham Street, Terry MS 39170, United States of America. Touch for directions. 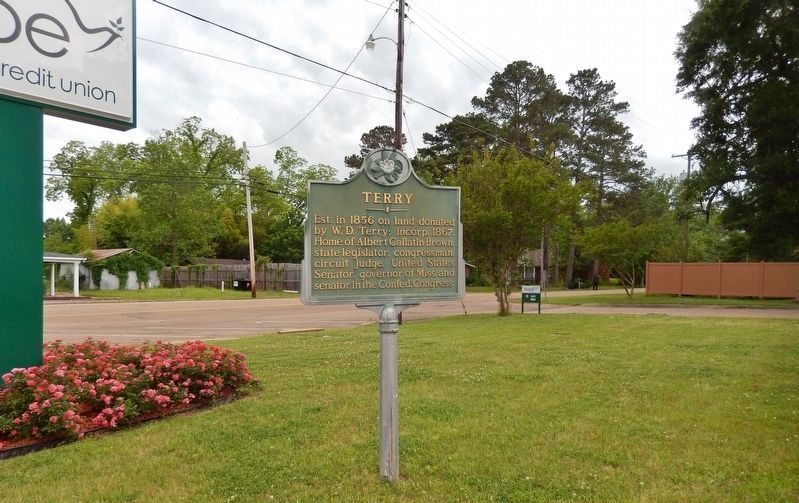 Also see . . .
1. Terry, Mississippi (Wikipedia). The area to become known as "Terry" was first settled in 1811 by settlers from Virginia. In 1867, the town of Terry was established as a depot when the railroad was built through the area. For a number of years, Terry was the home of Mississippi governor Albert G. Brown. (Submitted on September 9, 2020, by Cosmos Mariner of Cape Canaveral, Florida.)

2. Albert Gallatin Brown (Wikipedia). During his lifetime, Brown was one of the most popular and the most influential men in Mississippi. He is considered to be the father of the public school system and of the University of Mississippi. His rhetorical attacks on illiteracy are considered to have made a substantial contribution to the cause of education in Mississippi. He was also a a strong advocate for the expansion of slavery. Governor of Mississippi from 1844 to 1848 and a Democratic United States Senator from Mississippi from 1854 to 1861, when he withdrew during secession. (Submitted on September 9, 2020, by Cosmos Mariner of Cape Canaveral, Florida.) 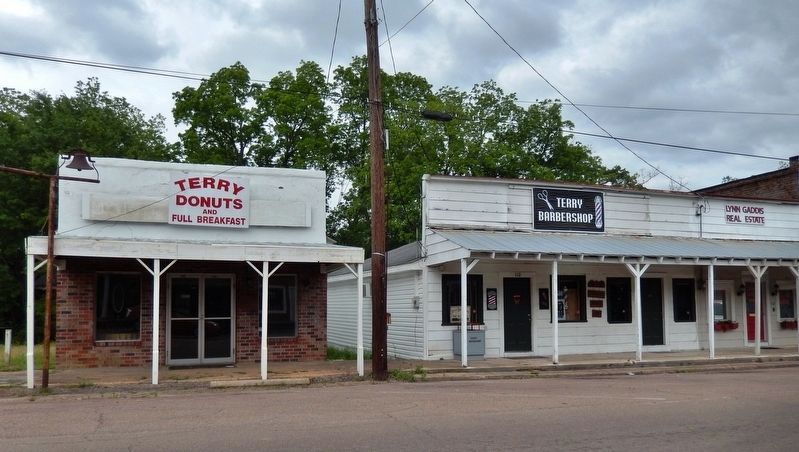 By Cosmos Mariner, May 9, 2016
3. Terry Donuts & Barbershop
(east of marker on Cunningham Street) 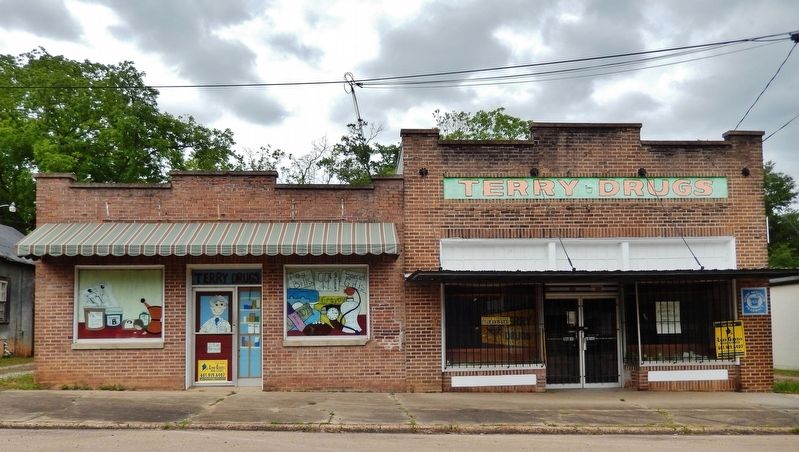 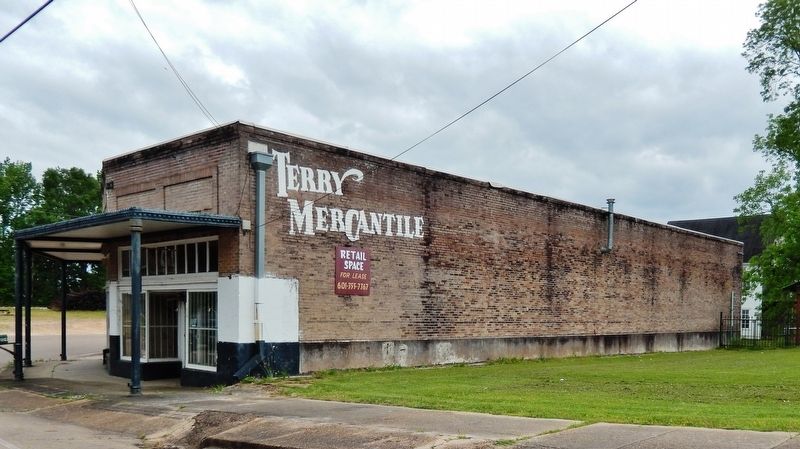 By Cosmos Mariner, May 9, 2016
5. Terry Mercantile
(east of marker on Cunningham Street)