The Novi Special at the Indianapolis 500 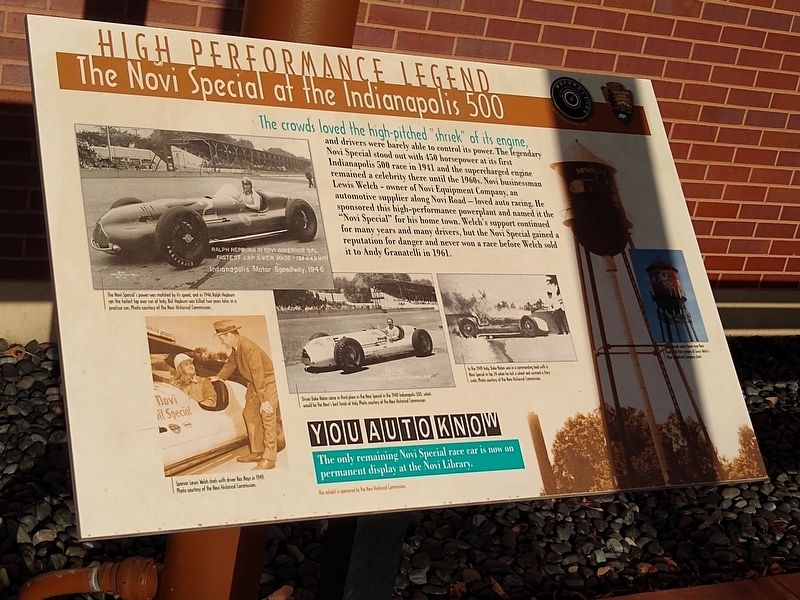 The crowds loved the high-pitched "shriek" of its engine
and drivers were barely able to control its power. The legendary Novi Special stood out with 450 horsepower at its first Indianapolis 500 race in 1941 and the supercharged engine remained a celebrity there until the 1960s. Novi businessman Lewis Welch — owner of Novi Equipment Company, an automotive supplier along Novi Road — loved auto racing. He sponsored this high-performance powerplant and named it the "Novi Special" for his home town. Welch's support continued for many years and many drivers, but the Novi Special gained a reputation for danger and never won a race before Welch sold it to Andy Granatelli in 1961.

You Auto Know
The only remaining Novi Special race car is now on permanent display at the Novi Library.

This exhibit is sponsored by the Novi Historical Commission.

Top far left image caption:
The Novi Special's power was matched by its speed, and in 1946 Ralph Hepburn ran the fastest lap ever run at Indy. But Hepburn was killed two years later in a practice run. Photo courtesy of the Novi 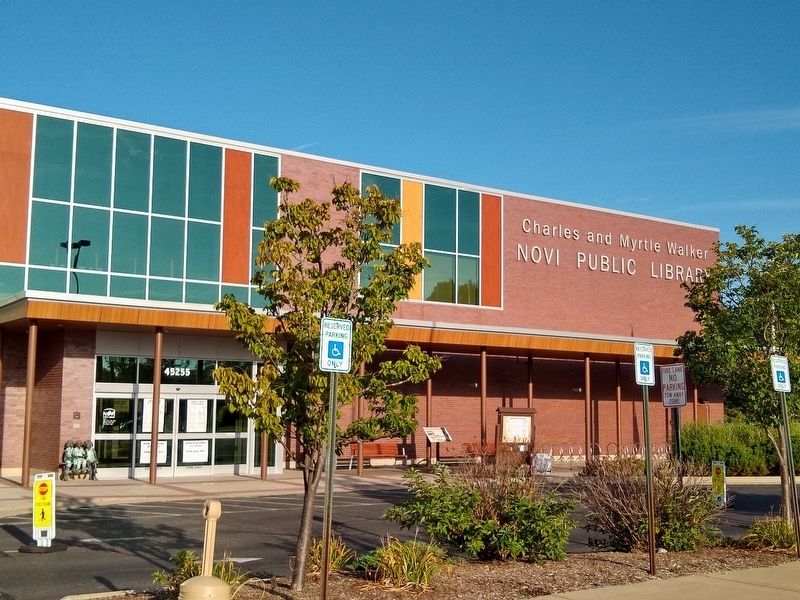 Click or scan to see
this page online
Historical Commission.

Near left image caption:
Driver Duke Nolan came in third place in the Novi Special in the 1948 Indianapolis 500, which would be the Novi's best finish at Indy. Photo courtesy of the Novi Historical Commission.

Near right image caption:
In the 1949 Indy, Duke Nolan was in a commanding lead with a Novi Special in lap 24 when he lost a wheel and survived a fiery crash. Photo courtesy of the Novi Historical Commission.

Topics and series. This historical marker is listed in these topic lists: Roads & Vehicles • Sports. In addition, it is included in the MotorCities National Heritage Area series list. A significant historical year for this entry is 1941.

Location. 42° 27.935′ N, 83° 29.493′ W. Marker is in Novi, Michigan, in Oakland County. Marker can be reached from West Ten Mile Road east of Taft Road, on the left when traveling west. Marker is near the entrance to the Novi Public Library. Touch for map. Marker is at or near this postal address: 45255 West Ten Mile Road, Novi MI 48375, United States of America. Touch for directions.