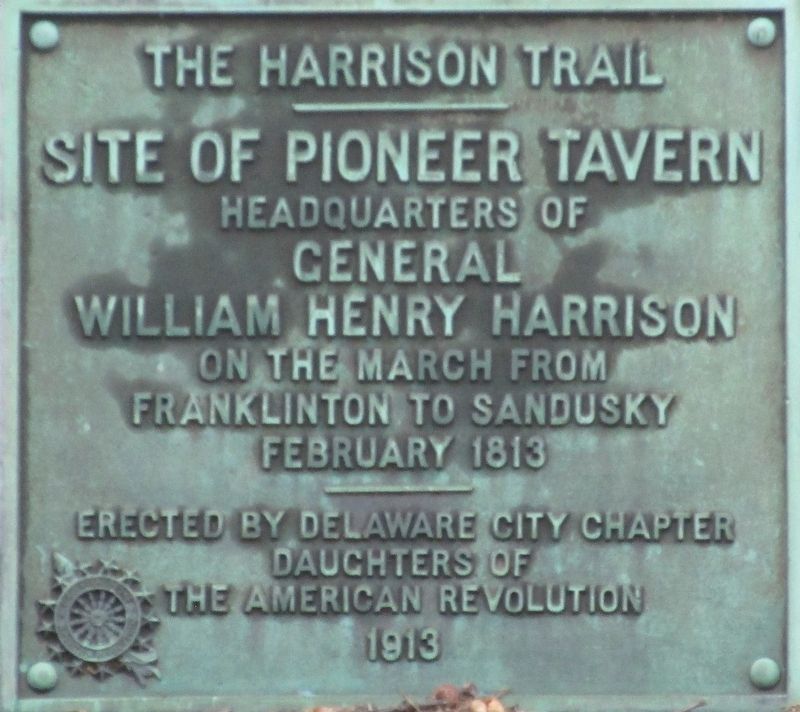 Photographed By Rev. Ronald Irick, September 11, 2020
1. The Harrison Trail Marker
Inscription.
The Harrison Trail. Site of Pioneer Tavern.
Site of Pioneer Tavern Headquarters of General William Henry Harrison on the march from Franklinton to Sandusky February 1813. . This historical marker was erected in 1913 by Delaware City Chapter Daughters of the American Revolution. It is in Delaware in Delaware County Ohio

Erected 1913 by Delaware City Chapter Daughters of the American Revolution.

Topics and series. This memorial is listed in these topic lists: Industry & Commerce • War of 1812. In addition, it is included in the Daughters of the American Revolution (DAR), and the Former U.S. Presidents: #09 William Henry Harrison series lists. A significant historical month for this entry is February 1813.

Location. 40° 17.778′ N, 83° 3.876′ W. Marker is in Delaware, Ohio, in Delaware County. Memorial is on South Henry Street. marker is on the campus of the Ohio Wesleyan University, opposite Selby Field stadium. Touch for map. Marker is at or near this postal address: 61 S Sandusky Street, Delaware OH 43015, United States of America. Touch for directions. 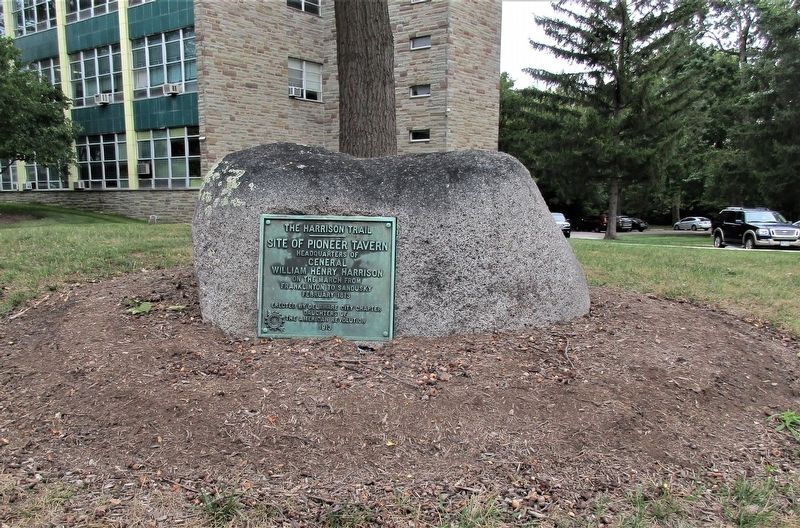