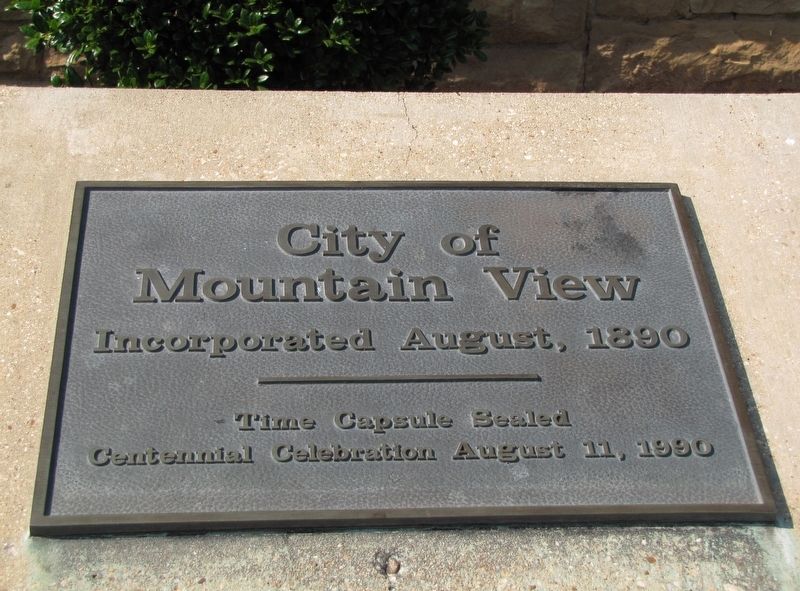 Topics and series. This historical marker is listed in this topic list: Settlements & Settlers. In addition, it is included in the Time Capsules series list.

Other nearby markers. At least 2 other markers are within 12 miles of this marker, measured as the crow flies. Our Stone County Sons (a few steps from this marker); Legend (approx. 11½ miles away). 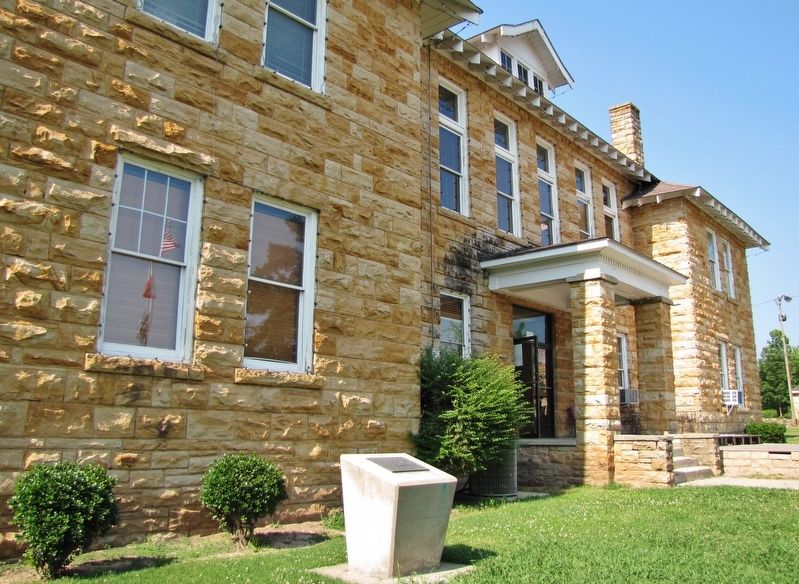 By Cosmos Mariner, June 9, 2011
2. City of Mountain View Marker
(Stone County Courthouse in background)
and very few settlers resided on its soil. However, when Stone County was formed in 1873, a site at the center of the county was chosen to be the seat of government. After a small log building was constructed as the new county courthouse, businesses began to grow around the new county seat. In 1890, Mountain View finally became an incorporated town. (Submitted on September 12, 2020, by Cosmos Mariner of Cape Canaveral, Florida.)

2. Mountain View. Established in the 1870s, the town of Mountain View, AR is famous for the preservation of folkways and traditional music. It was natural for the Arkansas Folk Festival to be founded here in the early 1960s, and the Ozark Folk Center State Park followed in 1973. (Submitted on September 12, 2020, by Cosmos Mariner of Cape Canaveral, Florida.) 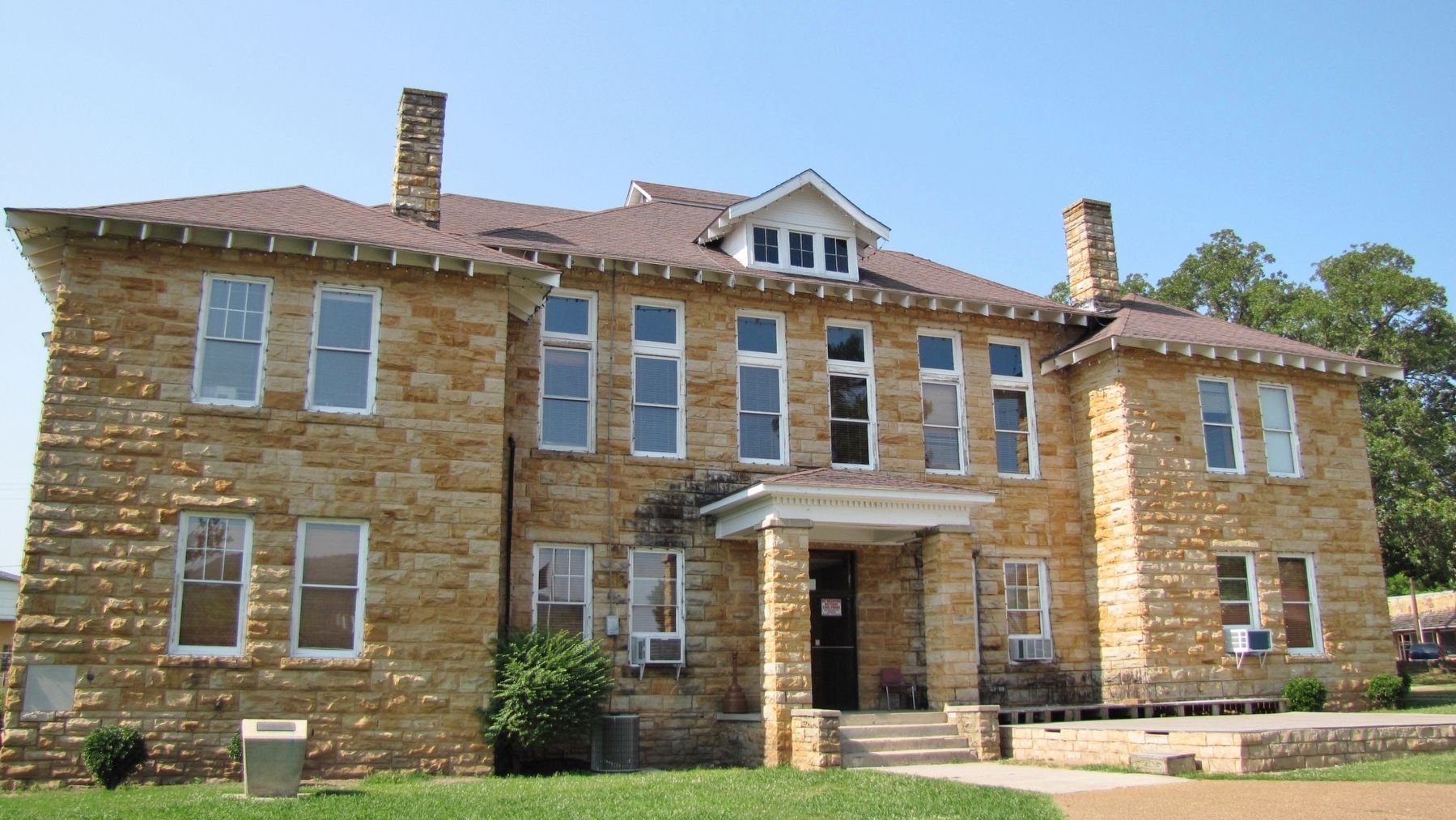 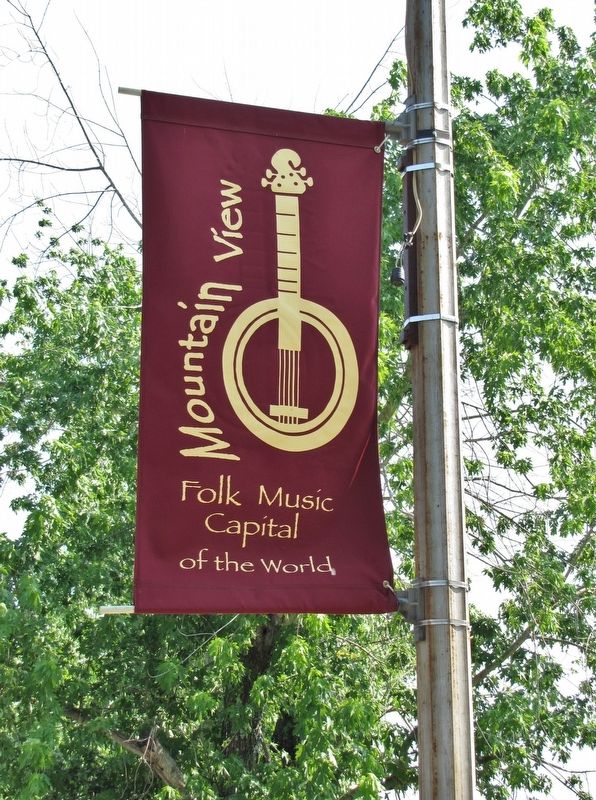 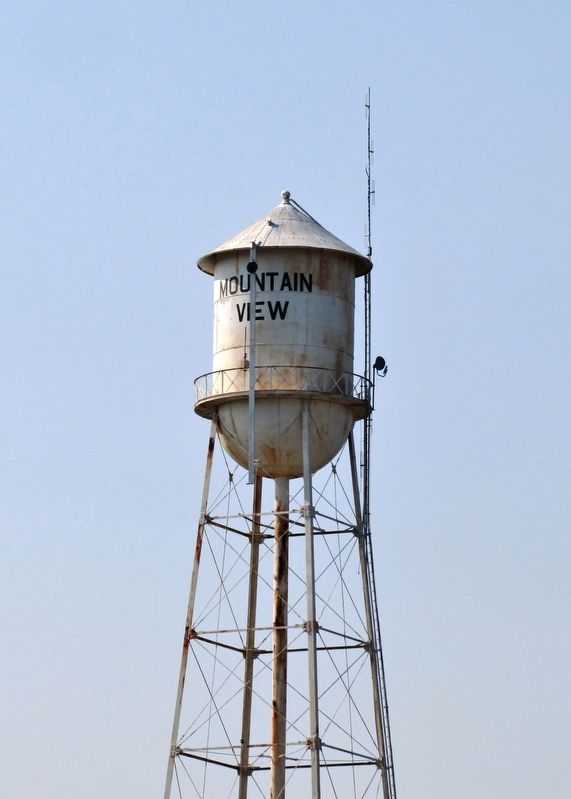