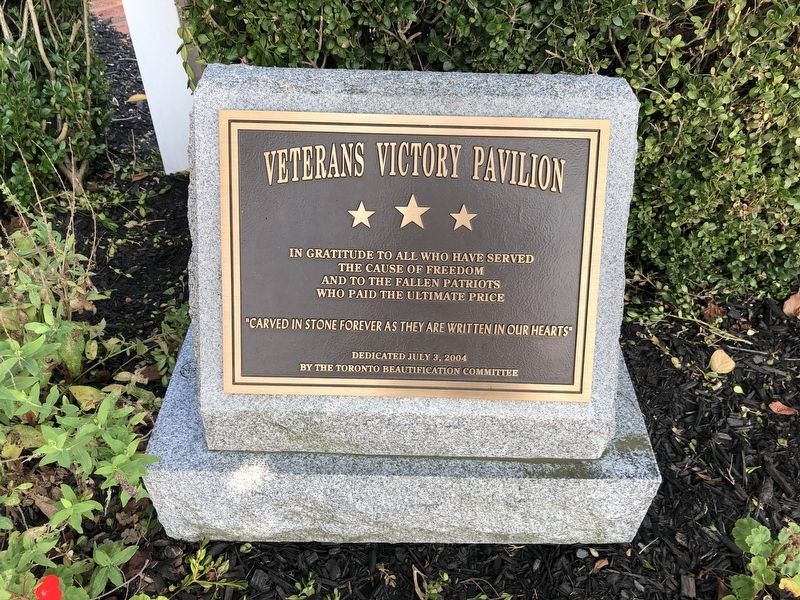 By Devry Becker Jones, September 10, 2020
1. Veterans Victory Pavilion Marker
Inscription.
Veterans Victory Pavilion. . . In gratitude to all who have served the cause of freedom and to the fallen patriots who paid the ultimate price . . "Carved in stone forever as they are written in our hearts" . This memorial was erected in 2004 by The Toronto Beautification Committee. It is in Toronto in Jefferson County Ohio

"Carved in stone forever as they are written in our hearts"

Erected 2004 by The Toronto Beautification Committee.

Location. 40° 27.928′ N, 80° 35.985′ W. Marker is in Toronto, Ohio, in Jefferson County. Memorial is at the intersection of Market Street and North 3rd Street, on the right when traveling west on Market Street. Touch for map. Marker is at or near this postal address: 210 Market St, Toronto OH 43964, United States of America. Touch for directions.