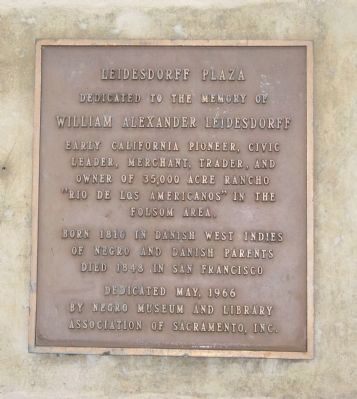 Photographed By Syd Whittle, January 25, 2009
1. Leidesdorff Plaza Marker
Inscription.
Leidesdorff Plaza. .
Dedicated to the memory of.
WILLIAM ALEXANDER LEIDESDORFF.
Early California pioneer, civic.
leader, merchant, trader, and.
owner of 35,000 acre rancho.
“Rio de los Americanos” in the .
Folsom area..
Born 1810 in Danish West Indies.
of Negro and Danish parents.
Died 1848 in San Francisco. . This historical marker was erected in 1966 by The Negro Museum and Library Association of Sacramento, Inc., May 1966. It is in Folsom in Sacramento County California

Erected 1966 by The Negro Museum and Library Association of Sacramento, Inc., May 1966.

Topics. This historical marker is listed in these topic lists: African Americans • Agriculture • Industry & Commerce • Settlements & Settlers. A significant historical year for this entry is 1810.

Location. 38° 40.549′ N, 121° 10.812′ W. Marker is in Folsom, California, in Sacramento County. Marker and site are located at the Folsom Light Rail Station. Touch for map. Marker is at or near this postal address: Sutter Street, Folsom CA 95630, United States of America. Touch for directions.

Other nearby markers. At least 8 other markers are within walking distance of this marker. Folsom Terminal (here, next to this marker); W.L. Perkins Warehouse 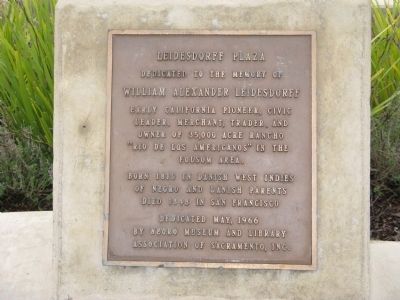 Also see . . .
1. William Leidesdorff. Born in the Virgin Islands, the gifted son of William Leidesdorff, a Danish sugar planter, and Anna Marie Spark, a native woman having Negro blood, Leidesdorff found his way to California as early as 1841. (Submitted on January 25, 2009, by Syd Whittle of Mesa, Arizona.)

2. Find-A-Grave: William Alexander Leidesdorff. This site has information regarding his importance in San Francisco. (Submitted on February 15, 2009, by Syd Whittle of Mesa, Arizona.)

Additional commentary.
1. William Alexander Leidesdorff (1810-1848)
In 1841, the schooner Julie Ann sailed into the San Francisco harbor and dropped anchor by the village of Yerba Buena. The owner of the Julie Ann was William Alexander 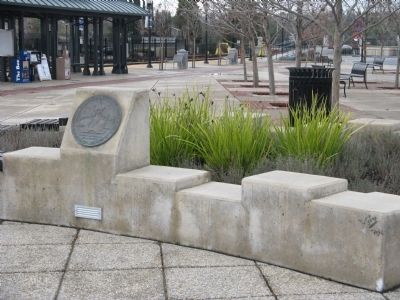 Photographed By Syd Whittle, January 25, 2009
3. Leidesdorff Plaza
Marker is off photo to the left. Marker seen in photo is a Pony Express Trail Marker.
Leidesdorff, who would become one of California's leading citizens and the owner of the land on which Folsom is now located.

A year earlier he had been a successful trader in New Orleans. Leidesdorff owned 12 ships and a prosperous business. He was engaged to be married and was head over heels in love with his fiancée. Then, without warning, he was refused admission to her home and the engagement ring was returned. Her parents informed him that she was no longer interested in seeing him. Though there is no proof, it seems that her proud Creole family had learned his West Indian mother had Negro and Carib blood in her veins thus making him unacceptable as a son-in-law.

Heartbroken, Leidesdorff sold all his property and ships, and left New Orleans forever. He sailed the Pacific, trading and moving on, until he arrived in Yerba Buena. He traded with both the Mexicans and the Russians. By 1844, trade in wheat, tallow and hides earned him enough money to purchase a lot at Clay and Kearny Streets. He also had a warehouse built at California and Leidesdorff Streets.

He became a naturalized Mexican citizen and received a land grant of eight Spanish leagues, or more than 35,000 acres. The grant, called the Rancho Rio de los Americanos, began at about the point where Bradshaw Road connects with the river. A sign was posted there, one side faced west and was lettered 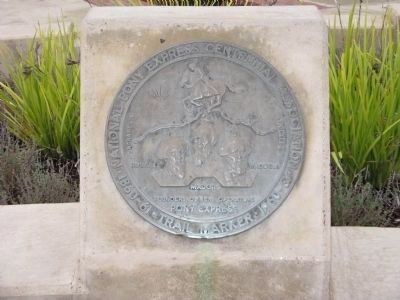 Photographed By Syd Whittle, January 25, 2009
4. Close-Up of Pony Express Trail Marker
Folsom was a terminus of the Pony Express
Click for more information.
Sutter while the east facing side said Leidesdorff. The grant extended upriver to where Folsom Prison is today. Two years later Leidesdorff had an adobe home built at the western end of his property, but he never lived there.

Meanwhile, Leidesdorff's career in San Francisco was spectacular. He became the contract agent to furnish supplies to the Russians and collect Sutter's debt. He built the City Hotel, the finest in San Francisco. He was a treasurer of San Francisco. He served on its first City Council and the first school Board. He was a close friend of Commodore Robert Stockton and was appointed Vice Consul by Thomas Larkin.

He brought the first steamboat to San Francisco Bay, the double side-wheeler SITKK. In 1847, the year after he had the adobe built, he took the SITKK to Sacramento. Little is recorded about the trip except that he raced an ox cart on the downstream trip to Benicia and lost.

The plans he had for the Rancho de los Americanos will never be known. On May 18, 1848, as the first reports of rich gold strikes on the banks of the American River came filtering into San Francisco, William Alexander Leidesdorff died of pneumonia or typhus (two different accounts list different causes of death).
Source: Folsom History Museum - (http://www.folsomhistorymuseum.org/history.htm)
— 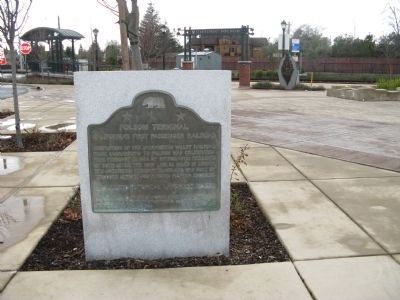 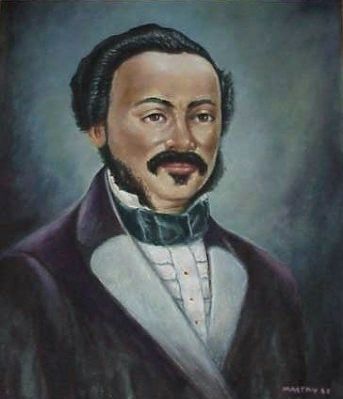