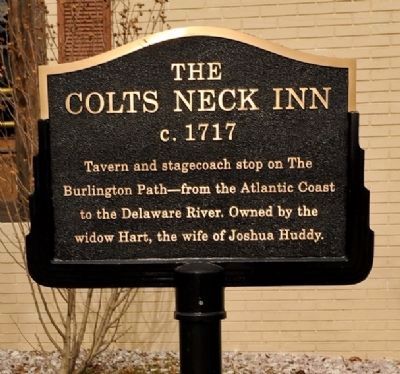 Photographed By R. C., January 24, 2009
1. Colts Neck Inn (c. 1717) Marker
Inscription.
Colts Neck Inn. c. 1717. Tavern and stagecoach stop on The Burlington Path, from the Atlantic Coast to the Delaware River. Owned by the widow Hart, the wife of Joshua huddy. . This historical marker is in Colts Neck in Monmouth County New Jersey

Tavern and stagecoach stop on The Burlington Path—from the Atlantic Coast to the Delaware River. Owned by the widow Hart, the wife of Joshua huddy. 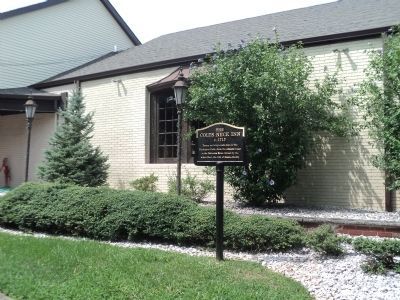 Click or scan to see
this page online
(approx. 3.6 miles away); Old St. Gabriel’s Church (approx. 4½ miles away). Touch for a list and map of all markers in Colts Neck.

Regarding Colts Neck Inn. The Colts Neck Inn was once owned by Joshua Huddy. Huddy, a patriot, was hanged by the British in retaliation for the death of Philip White. Huddy was captured by refugees, officially known as members of the board of Associated Loyalists, after a vain defense of his home with the help of his wife and servant girl. 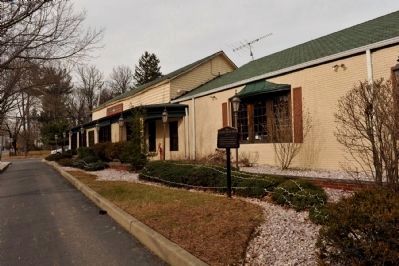