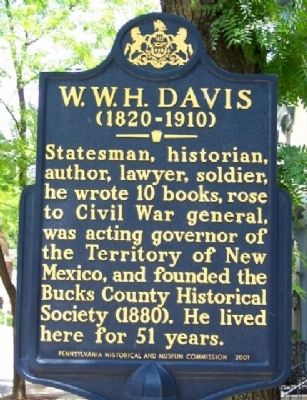 Statesman, historian, author, lawyer, soldier, he wrote 10 books, rose to Civil War general, was acting governor of the Territory of New Mexico, and founded the Bucks Historical Society (1880). He lived here for 51 years.

Topics and series. This historical marker is listed in these topic lists: Charity & Public Work • Education • Government & Politics • War, US Civil. In addition, it is included in the Pennsylvania Historical and Museum Commission series list. 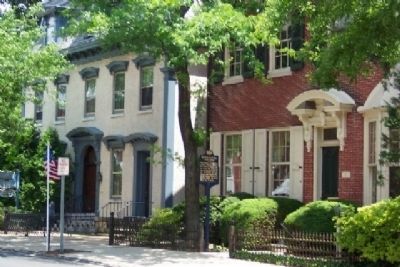 More about this marker. The marker is listed as missing. I passed it yesterday, and it is still present in the same location. 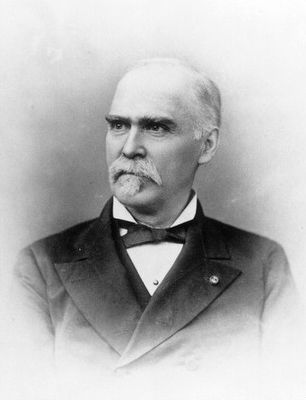