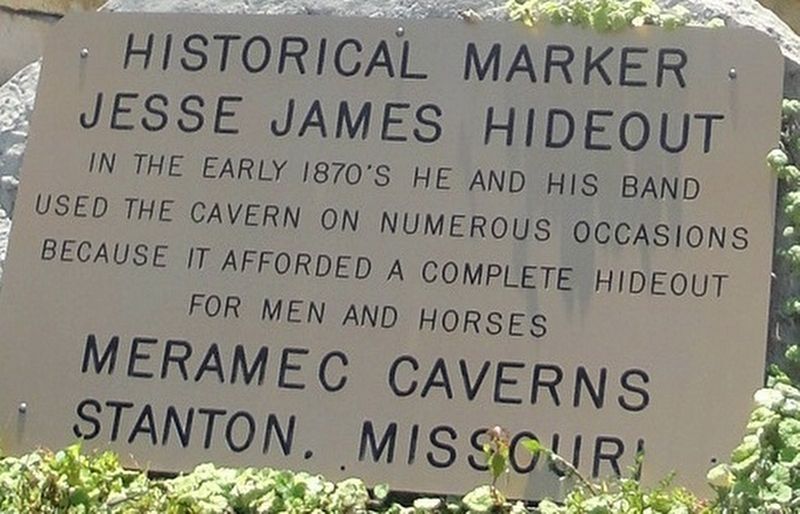 Photographed By Jason Voigt, August 14, 2014
1. Jesse James Hideout Marker
Inscription.
Jesse James Hideout. Meramec Caverns. In the early 1870's he and his band used the cavern on numerous occasions because it afforded a complete hideout for men and horses . This historical marker is Near Stanton in Franklin County Missouri

Topics and series. This historical marker is listed in these topic lists: Animals • Notable Places. In addition, it is included in the Jesse James series list.

Location. Marker is missing. It was located near 38° 14.476′ N, 91° 5.52′ W. Marker was near Stanton, Missouri, in Franklin County. Marker could be reached from Highway West (State Highway W). Marker is located near the entrance of Meramec Caverns gift shop and indoor tourist attraction. Touch for map. Marker was at or near this postal address: 1135 Hwy W, Sullivan MO 63080, United States of America. Touch for directions. 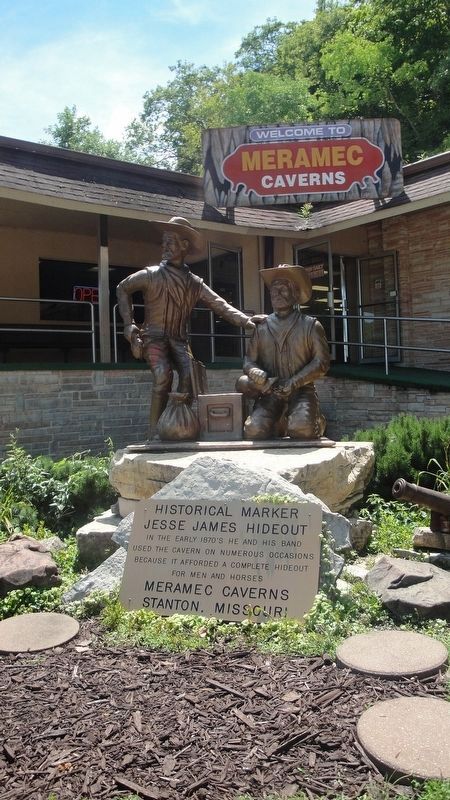 Photographed By Jason Voigt, August 14, 2014
2. Jesse James Hideout Marker
Under the Jesse James statue. This is one of two statues of him, the other being indoors inside the cave.

Also see . . .  Meramec Caverns. Official website for the popular Missouri tourist attraction. Here, you can tour the caves, go ziplining or kayaking. The caves have many claims to fame aside from being one of James' hideouts: this is where Kate Smith once sang, an episode of Lassie was filmed here, as well as the 1973 film Tom Sawyer. Meramec Caverns is considered a prime tourist stop for Route 66 travelers, as it is not too far from the Mother Road - and the park is frequently advertised on Missouri and Illinois highways. (Submitted on September 18, 2020, by Jason Voigt of Glen Carbon, Illinois.) 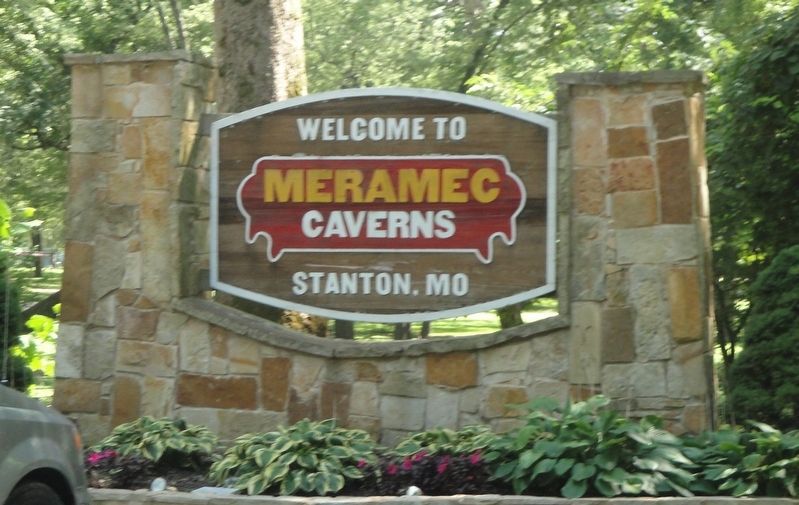 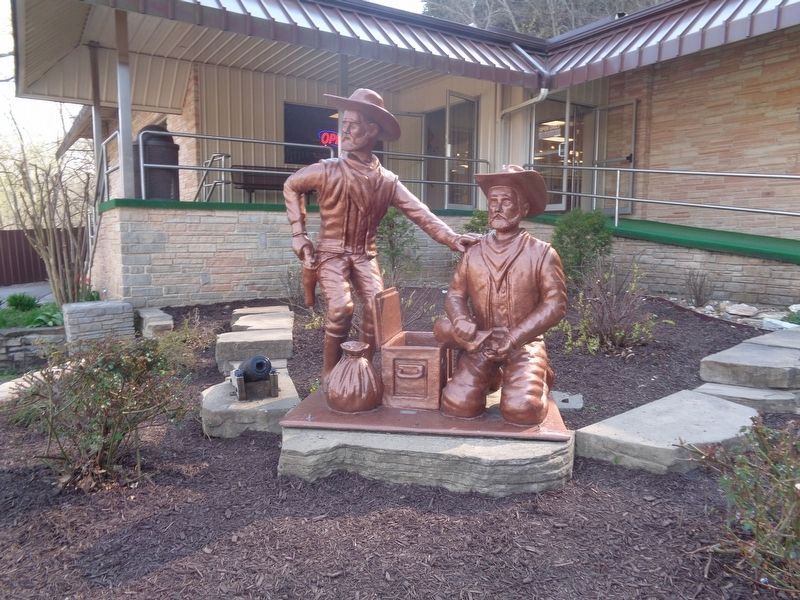