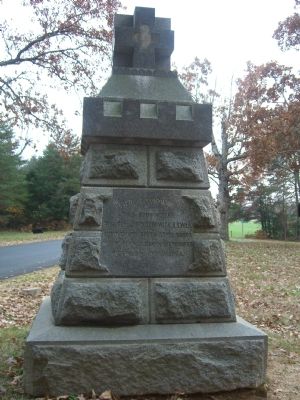 (North face):
Erected to commemorate this spot where Maj Genl John Sedgwick, U.S. Vols. Commanding Sixth Army Corps was killed in action on the morning of the 9th of May 1864.

(East face): A tribute to a beloved Commander by the survivors of his Corps and their friends.

(South face): Dedicated May 12th, 1887, the 23rd Anniversary of the heaviest days of fighting at Spottsylvania.

Erected 1887 by 6th Army Corps survivors and their friends.

Topics. This historical marker is listed in this topic list: War, US Civil. A significant historical date for this entry is March 8, 1864. 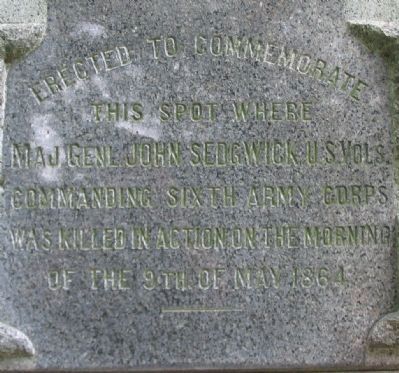 Click or scan to see
this page online
38° 13.081′ N, 77° 36.872′ W. Marker is near Spotsylvania, Virginia, in Spotsylvania County. Marker is at the intersection of Grant Drive and Brock Road (County Route 613), on the left when traveling north on Grant Drive. Touch for map. Marker is in this post office area: Spotsylvania VA 22553, United States of America. Touch for directions.

Related markers. Click here for a list of markers that are related to this marker. Memorials and markers to John Sedgwick 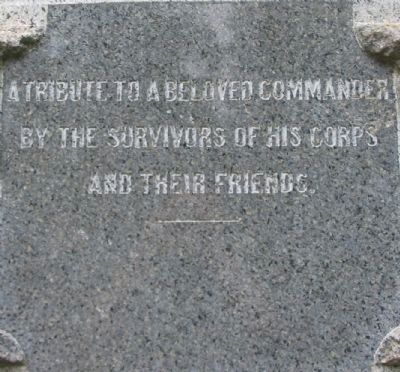 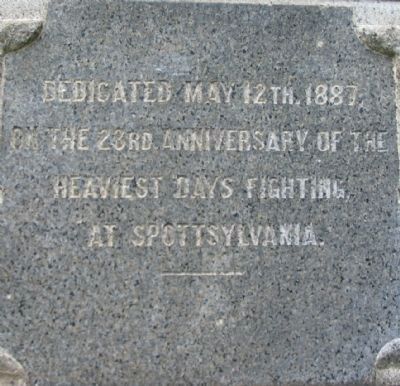 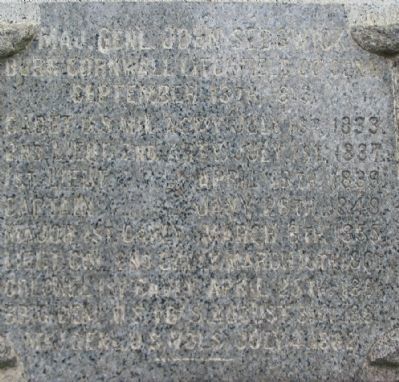 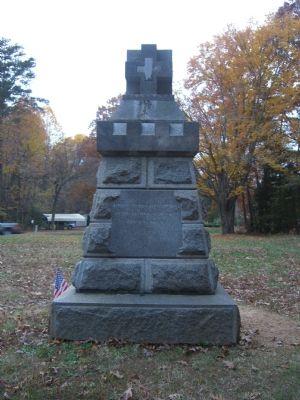 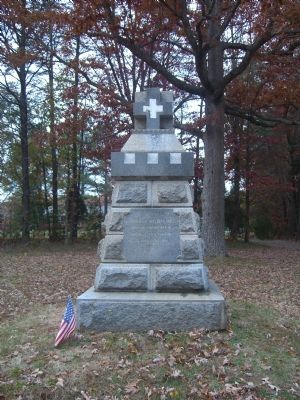 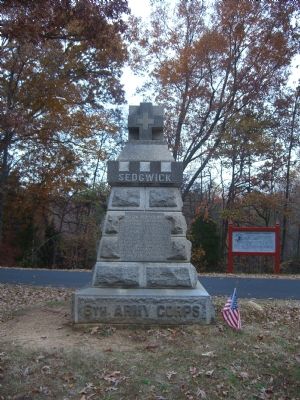 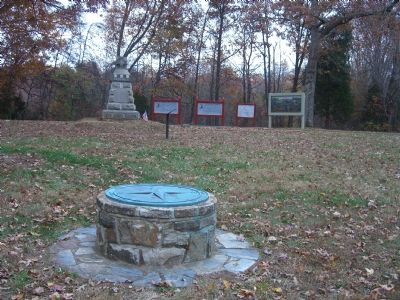 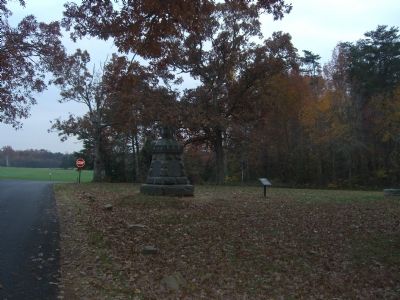 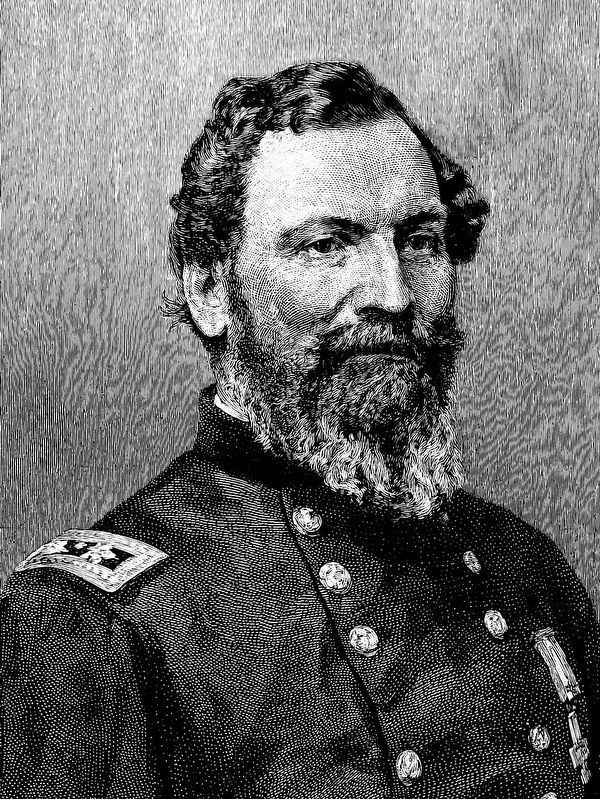