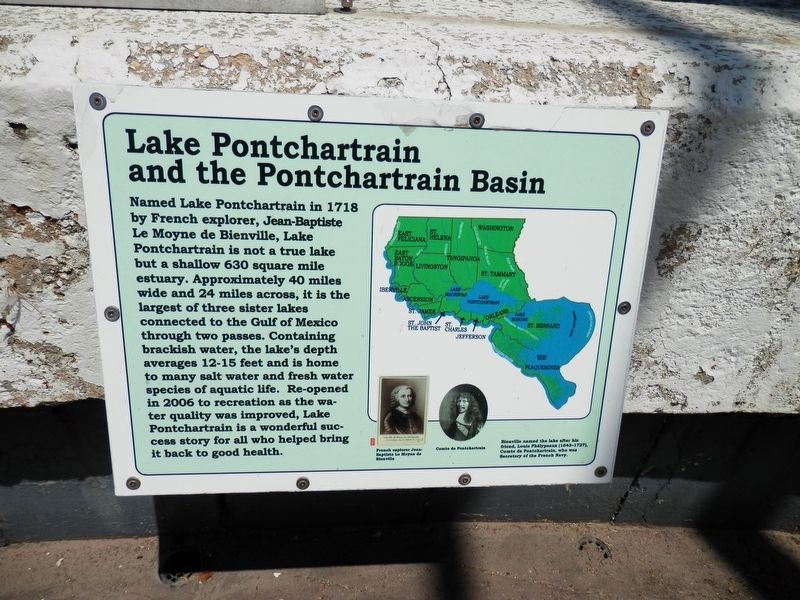 Named Lake Pontchartrain in 1718 by French Explorer, Jean-Baptiste Le Moyne de Bienville, Lake Pontchartrain is not a true lake but a shallow 630 square mile estuary. Approximately 40 miles wide and 24 miles across, it is the largest of three sister lakes connected to the Gulf of Mexico through two passes. Containing brackish water, the lakes depth averages 12-15 feet and is home to many salt water and fresh water species of aquatic life. Re-opened in 2006 to recreation as the water quality improved, Lake Pontchartrain is a wonderful success story for all who helped bring it back to good health.

Topics. This historical marker is listed in these topic lists: Exploration • Waterways & Vessels. 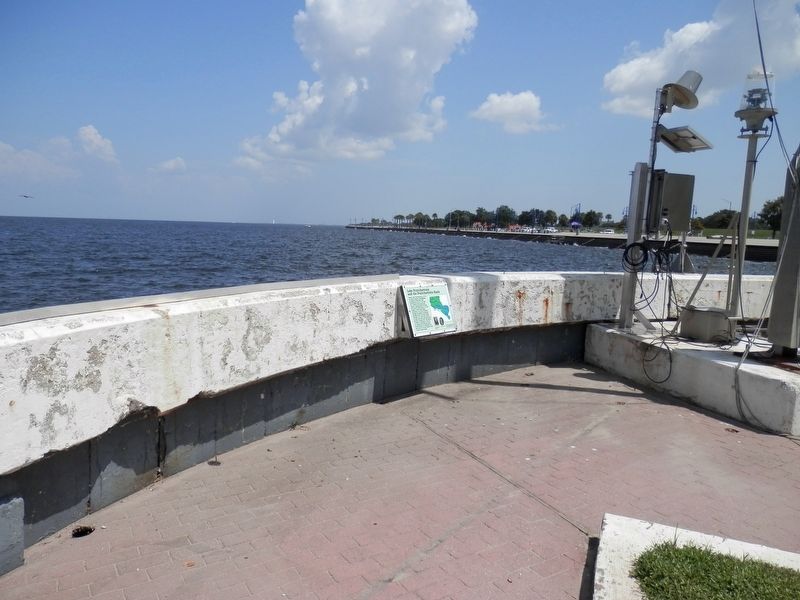 Click or scan to see
this page online
can be reached from Lakeshore Drive, half a mile north of Robert E. Lee Boulevard, on the right when traveling south. Touch for map. Marker is at or near this postal address: 8001 Lakeshore Drive, New Orleans LA 70124, United States of America. Touch for directions.

More about this marker. Located on the grounds of the New Canal Lighthouse. The lighthouse grounds are free to walk and enjoy. The current 2020 Lighthouse is a museum, and a fee is charged for entry. 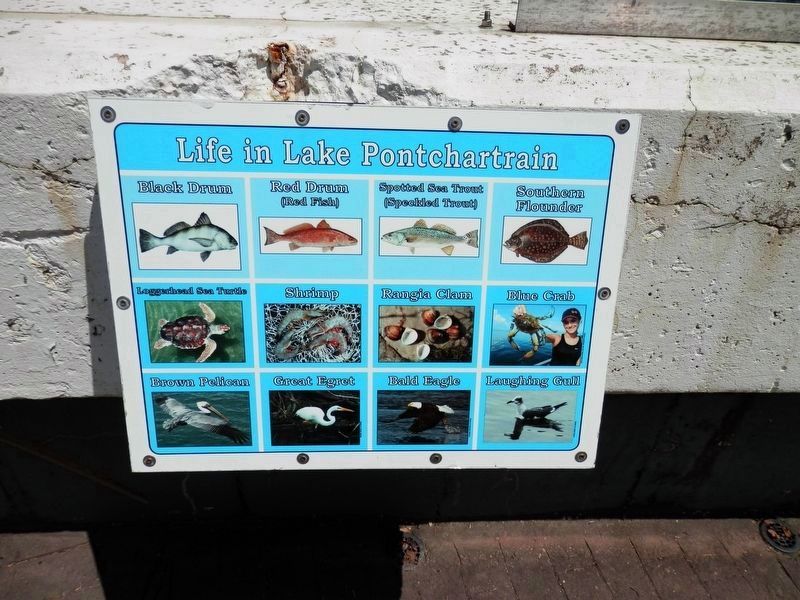 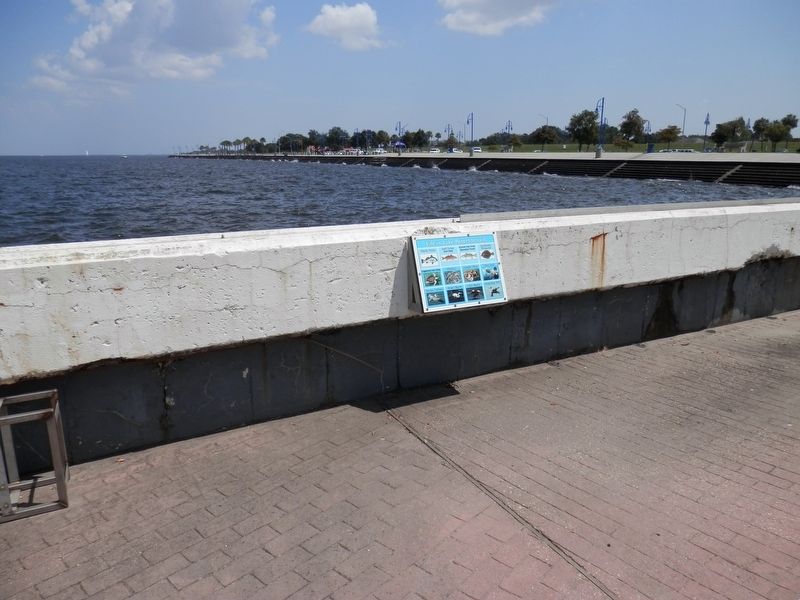 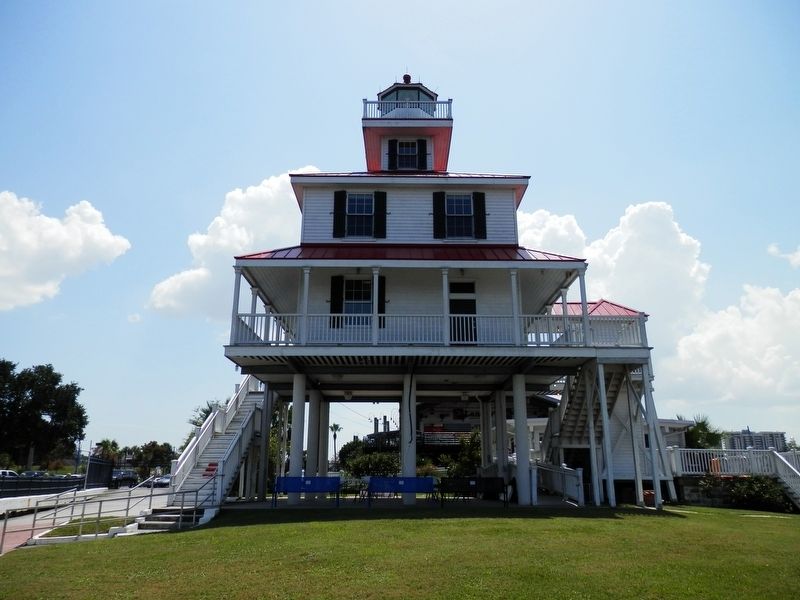