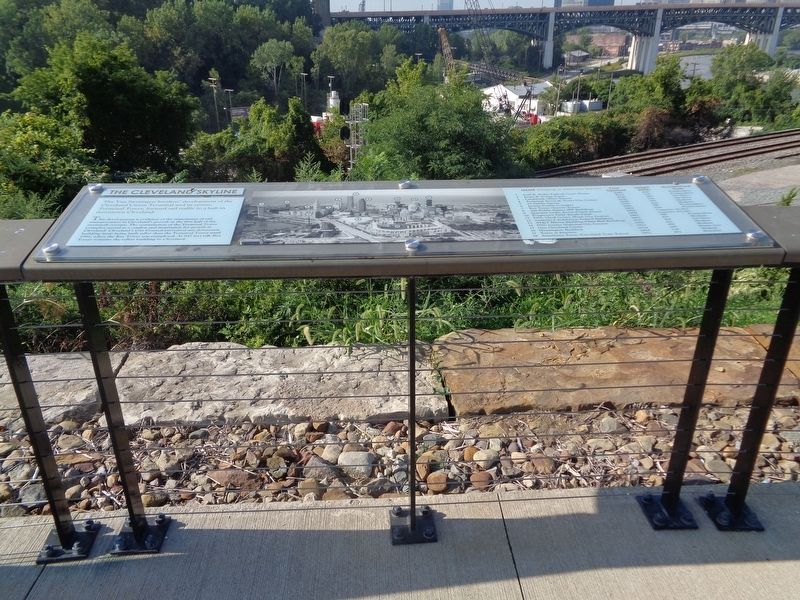 The Van Sweringen brothers' development of the Cleveland Union Terminal and its crown, Terminal Tower, focused rail traffic to a hub in downtown Cleveland.

This development is evidence of the importance of rail transportation in Cleveland's growth in the first half of the twentieth century. The construction of the Terminal Tower Complex served as a catalyst and inspiration for growth in Cleveland. Cleveland's City Council prevented any downtown building from being built taller than the Terminal Tower until 1991, when the Key Tower was completed. At 947 feet tall, Key Tower remains the tallest building in Cleveland.

(this is a key to the map of the skyline in the center. The name of the building is first (original or alternate name is in parentheses), year opened, height (feet), and architectural style.) 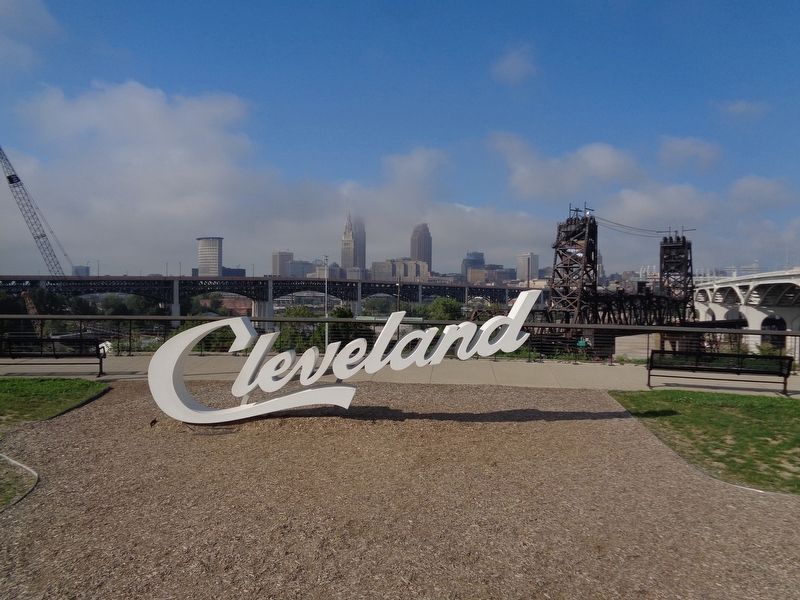 Photographed By Jason Voigt, September 14, 2018
2. The Cleveland Skyline Marker
Marker (not pictured) is located in this small park, to the left of the Cleveland script sign.


Topics. This historical marker is listed in these topic lists: Architecture • Railroads & Streetcars. A significant historical year for this entry is 1991. 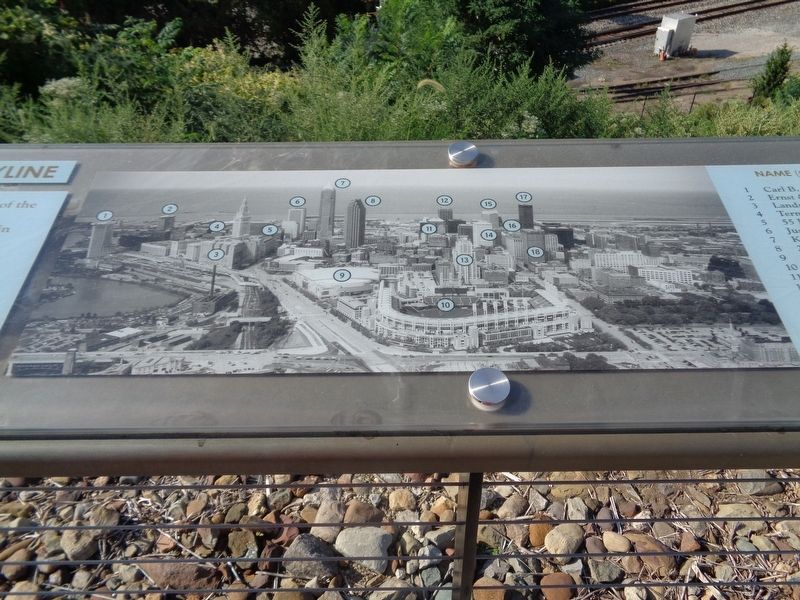 Editor’s want-list for this marker. a wide view of the marker • Can you help?
Share this page.