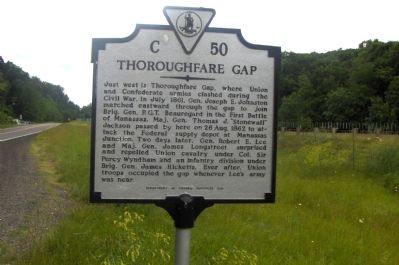 Location. 38° 49.411′ N, 77° 42.653′ W. Marker is near Broad Run, Virginia, in Fauquier County. Marker is at the intersection of John Marhsall Highway (Virginia Route 55) and Beverleys Mills Road, on the right when traveling west on John 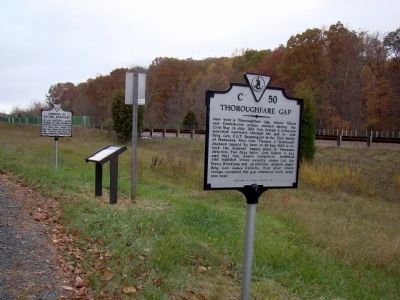 More about this marker. This marker replaced an older marker with the same title and number. That marker read Five miles northwest is Thoroughfare Gap in the Bull Run Mountains. Through this gap J. E. Johnston and Jackson came, July 19, 1861, on their way to the First Battle of Manassas. Through it Lee sent Jackson, August 26, 1862, and followed with Longstreet to take part in the Second Battle of Manassas. The older marker was erected in Gainesville, on Route 55's intersection with Route 29, but was missing by 1985.

Related markers. Click here for a list of markers that are related to this marker. Thoroughfare Gap Markers

Also see . . .  Harper's Weekly, November 29, 1862. Steel cut illustrations of Thoroughfare Cut and other contemporary Union Civil War scenes as well as articles on the progress of the war. (Submitted on October 10, 2006.) 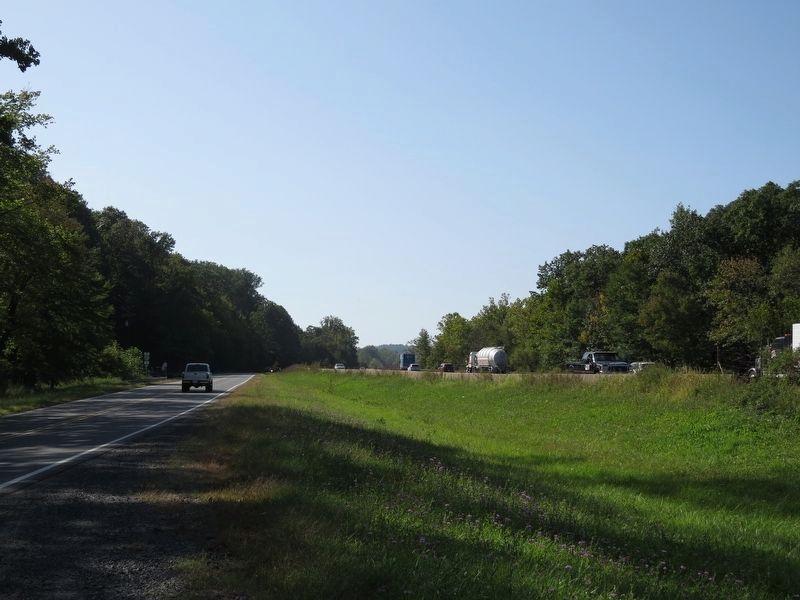