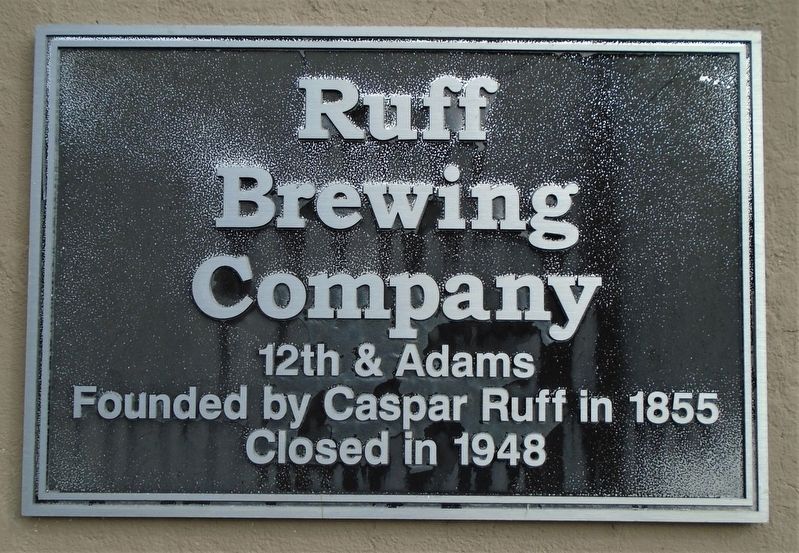 [Emblem from razed brewery]. . This historical marker was erected by Historical Society of Quincy and Adams County. It is in Quincy in Adams County Illinois

Topics. This historical marker is listed in this topic list: Industry & Commerce. A significant historical year for this entry is 1855.

Location. 39° 55.894′ N, 91° 24.627′ W. Marker is in Quincy, Illinois, in Adams County. Marker is at the intersection of 4th Street (Illinois Route 57) and Maine Street (U.S. 24), on the left when traveling north on 4th Street. Marker and emblem are on the south wall of the History Museum on the Square. Touch for map. Marker is at or near this postal address: 332 Maine Street, Quincy IL 62301, United States of America. Touch for directions. 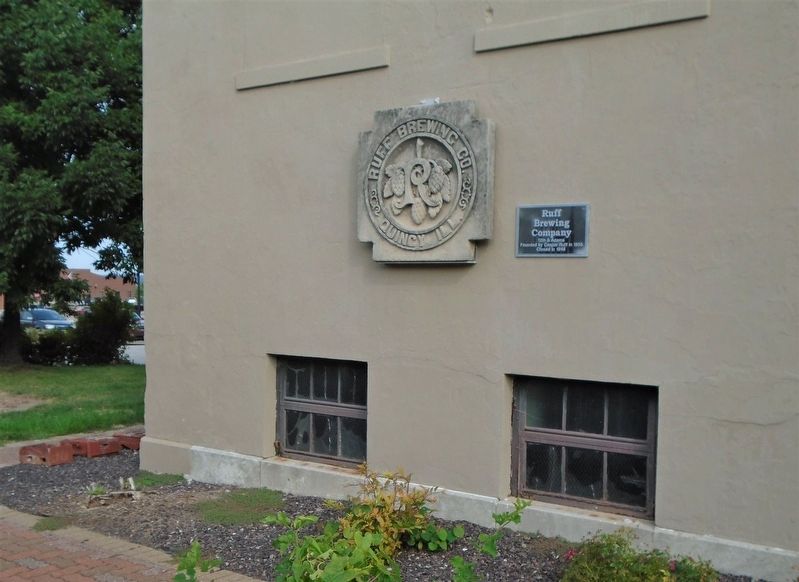 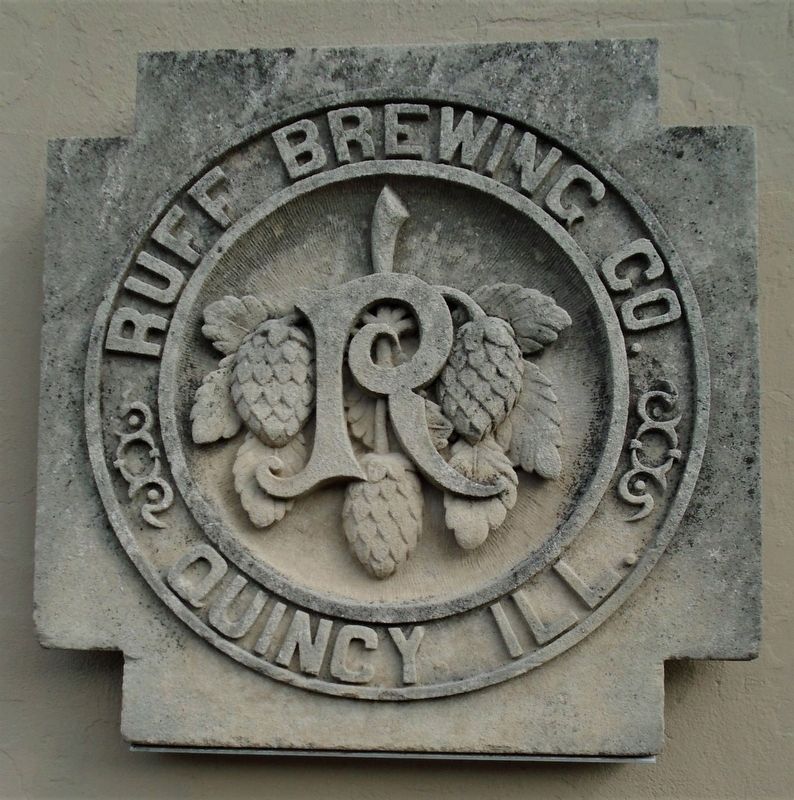 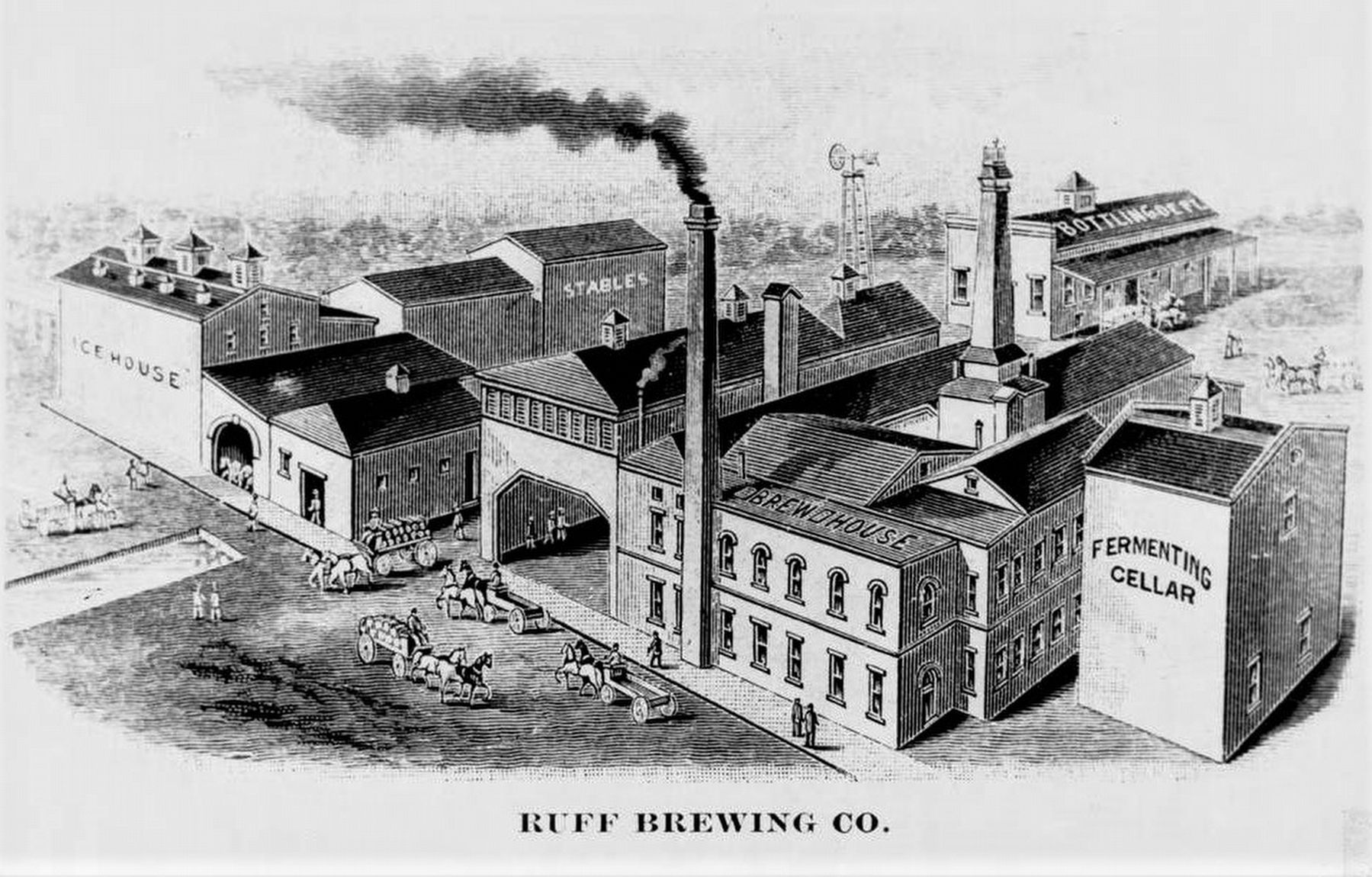