Perry County in the Civil War 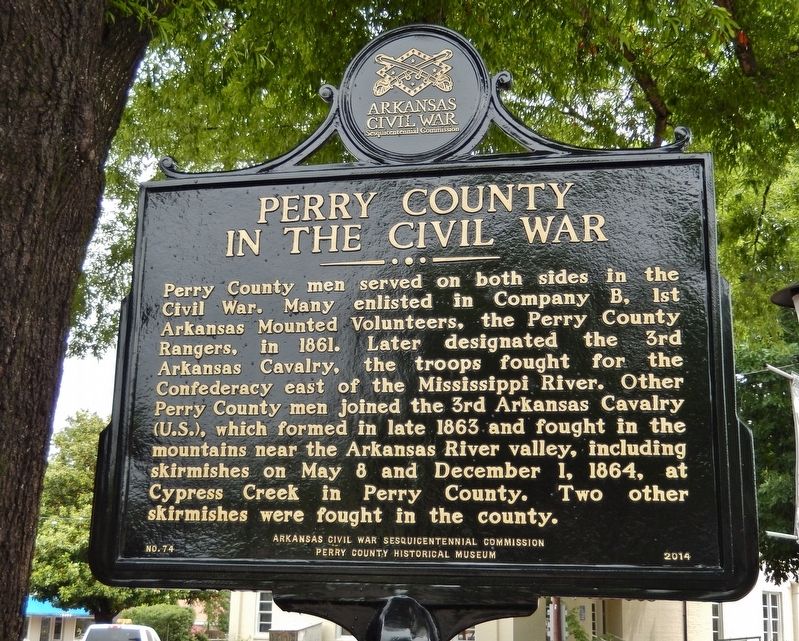 Topics and series. This historical marker is listed in this topic list: War, US Civil. In addition, it is included in the Arkansas Civil War Sesquicentennial Commission series list. A significant historical year for this entry is 1861. Click or scan to see
this page online
left when traveling east on West Main Street. Marker is located near the southeast corner of the Perry County Historical Museum. Touch for map. Marker is at or near this postal address: 408 West Main Street, Perryville AR 72126, United States of America. Touch for directions.