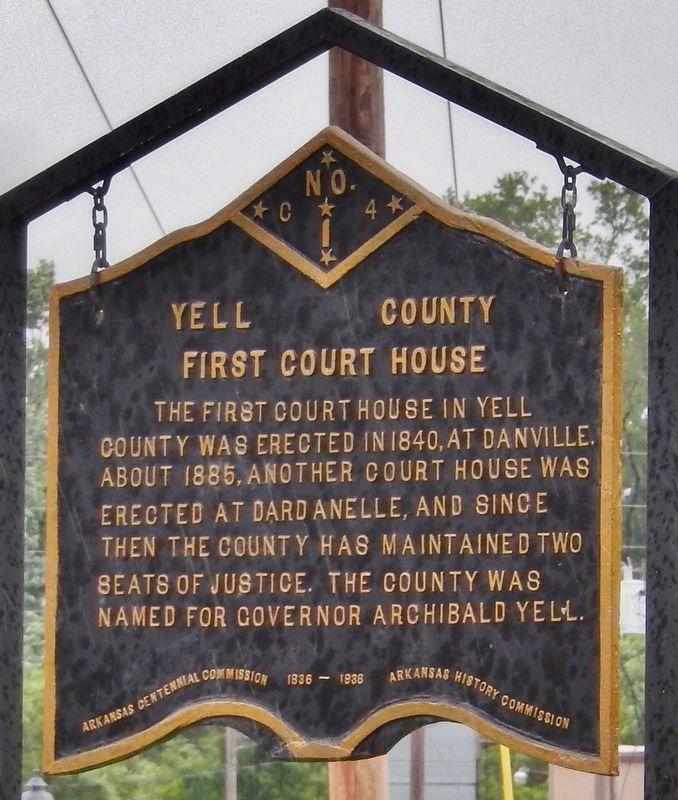 The first court house in Yell County was erected in 1840, at Danville. About 1885, another court house was erected at Dardanelle, and since then the county has maintained two seats of justice. The county was named for Governor Archibald Yell.

Topics and series. This historical marker is listed in this topic list: Government & Politics. In addition, it is included in the Arkansas Centennial Commission series list. A significant historical year for this entry is 1840.

Location. 35° 3.418′ N, 93° 23.637′ W. Marker is in Danville, Arkansas, in Yell County. Marker is at the intersection of Main Street (Arkansas Route 27) and East 5th Street, on the right when traveling north on Main Street. Marker is located beside the sidewalk at the southwest corner of the Yell County Courthouse grounds. Touch for map. Marker is at or near this postal address: 101 East 5th Street, Danville AR 72833, United States of America. Touch for directions.

Other nearby markers. At least 1 other marker is within 4 miles of this marker, measured as the crow flies. Monrovia (approx. 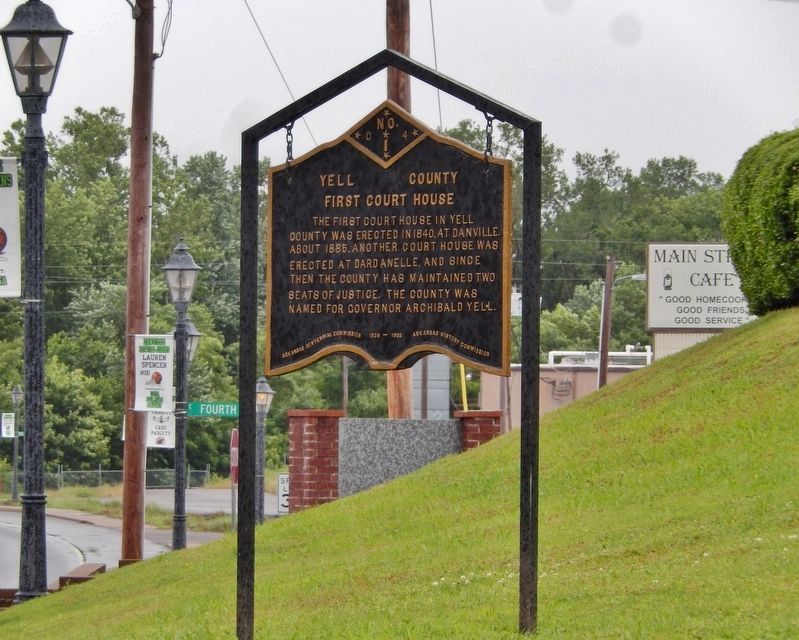 Click or scan to see
this page online
3.9 miles away).

Related markers. Click here for a list of markers that are related to this marker. Yell County Seat History

Also see . . .
1. Yell County History. Yell County was created December 5, 1840, from parts of Pope and Scott counties and was named for Archibald Yell, second Governor of the State of Arkansas. The county has dual seats, Danville and Dardanelle. (Submitted on September 27, 2020, by Cosmos Mariner of Cape Canaveral, Florida.) 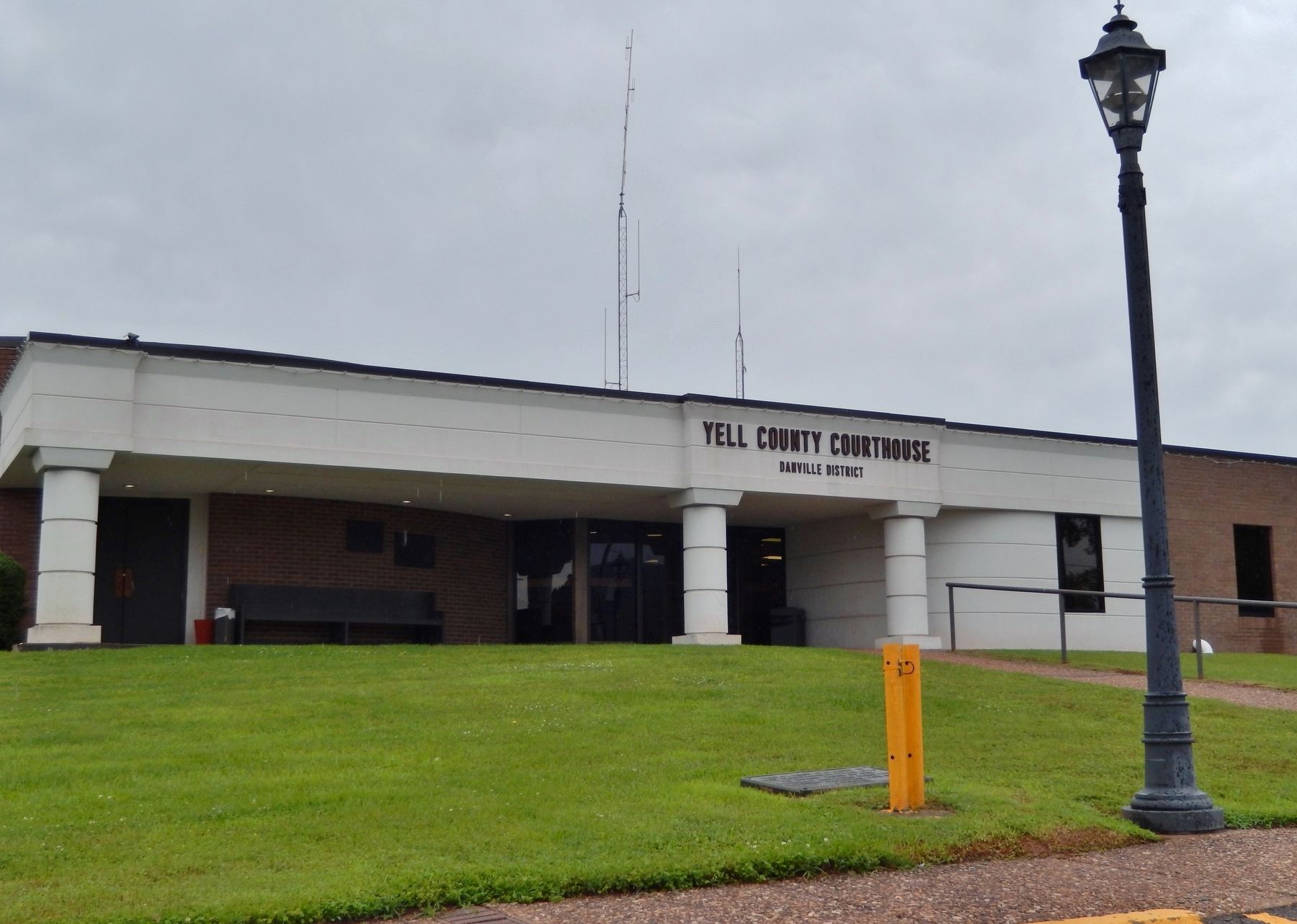