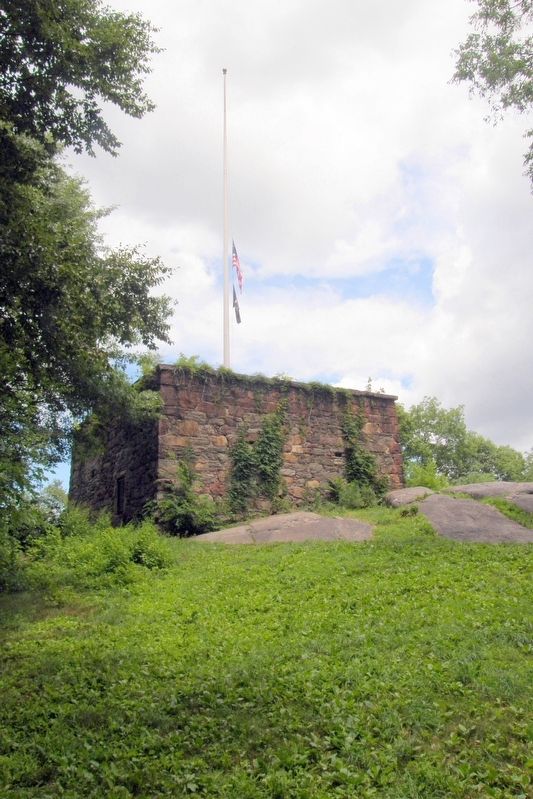 This blockhouse was part of a line of fortifications extending from the Hudson to the Harlem River built for the defense of New York by it's (sic) patriotic citizens during the War of 1812-1815.
This tablet is erected by the Woman's Auxiliary to the American Scenic and Historic Preservation Society A.D. 1905

Erected 1905 by Woman's Auxiliary to the American Scenic and Historic Preservation Societ.

Topics. This memorial is listed in this topic list: War of 1812. A significant historical year for this entry is 1905. 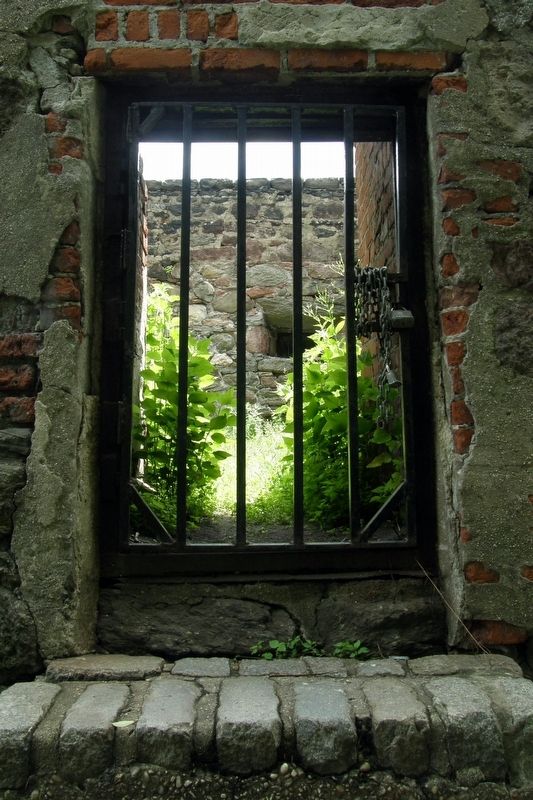 Photographed By Larry Gertner, July 10, 2016
2. Blockhouse No. 1 Marker locale
The marker was above the entry gate. PLACEHOLDER

Regarding Blockhouse No. 1. The marker was originally installed in 1905 and went missing in 1913. A replacement was erected in 1999, but that has also vanished. 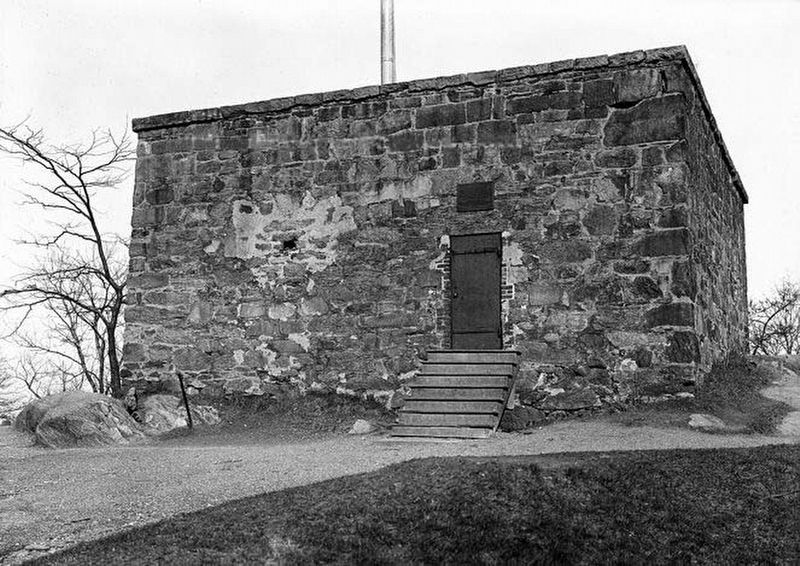 via Pinterest, unknown
3. Blockhouse No. 1
This undated photo shows the marker in place above what was then a solid door. 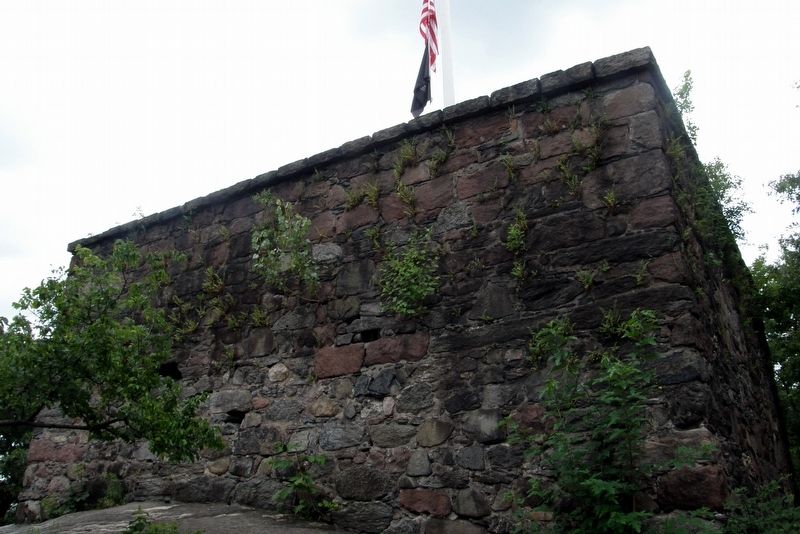 Photographed By Larry Gertner, July 10, 2016
4. Musket ports in the north-facing wall of Blockhouse No. 1 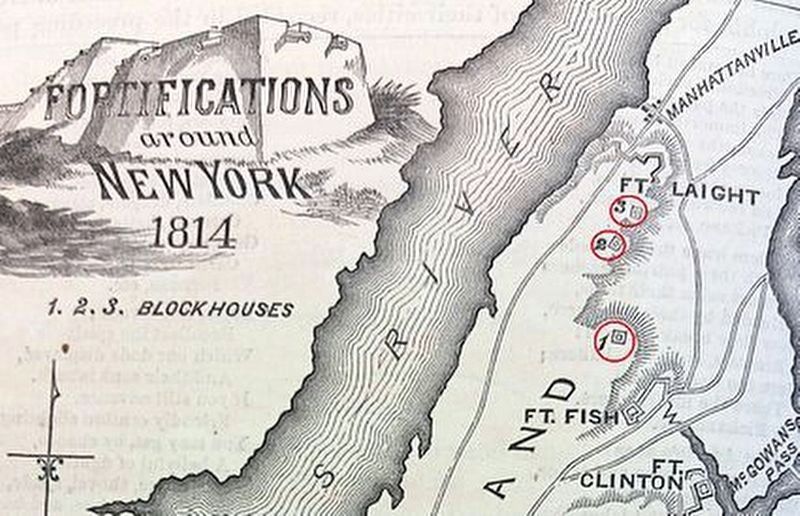 Editor’s want-list for this marker. Photos of the south-facing wall and the plaque site over the entry gate. • Can you help?
Share this page.