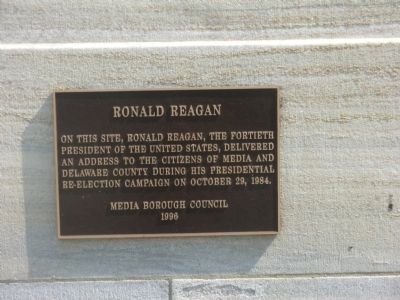 Photographed By Don Morfe, May 16, 2015
1. Ronald Reagan Marker
Inscription.
Ronald Reagan. . On this site, Ronald Reagan, the fortieth President of the United States, delivered an address to the citizens of Media and Delaware County during his presidential re-election campaign on October 29, 1984. . This historical marker was erected in 1996 by Media Borough Council. It is in Media in Delaware County Pennsylvania

On this site, Ronald Reagan, the fortieth President of the United States, delivered an address to the citizens of Media and Delaware County during his presidential re-election campaign on October 29, 1984.

Topics and series. This historical marker is listed in this topic list: Government & Politics. In addition, it is included in the Former U.S. Presidents: #40 Ronald Reagan series list. A significant historical month for this entry is October 1863. 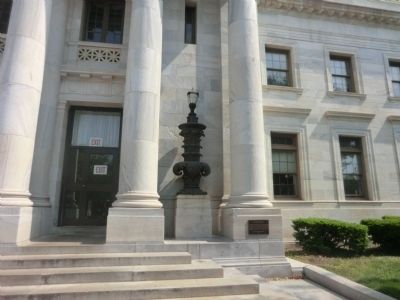 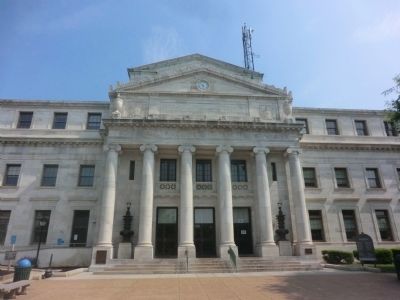 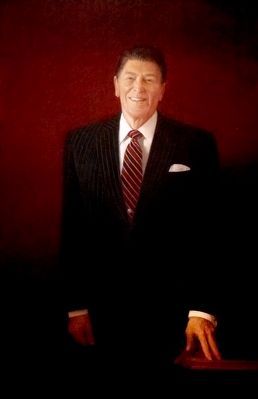 This portrait is based on some thirty studies that artist Henry Casselli made of Reagan over four days at the White House in late 1988. Commissioned with the National Portrait Gallery in mind, the finished picture arrived at the White House the following January for presidential inspection. When Reagan saw it he exclaimed, ‘Yep! That's the old buckaroo.’” — National Portrait Gallery
Credits. This page was last revised on October 1, 2020. It was originally submitted on May 18, 2015. This page has been viewed 421 times since then and 16 times this year. Last updated on September 30, 2020, by Bradley Owen of Morgantown, West Virginia. Photos:   1, 2, 3. submitted on May 18, 2015, by Don Morfe of Baltimore, Maryland.   4. submitted on September 22, 2015, by Allen C. Browne of Silver Spring, Maryland. • J. Makali Bruton was the editor who published this page.
Share this page.