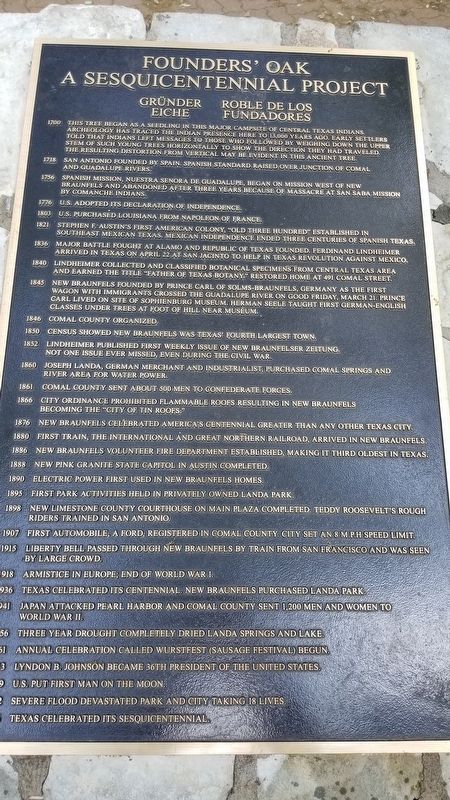 1700 This tree began as a seedling in this major camesile of Central Texas Indians. Archeology has traced the Indians presence here to 13,000 years ago. Early settlers told that Indians left messages to those who followed by weighing down the upper stem of such young trees horizontally to show the direction they had traveled. The resulting distortion from vertical may be evident in this ancient tree.

1776 U.S. adopted its Declaration of Independence.

1836 Major battle fought at Alamo and Republic of Texas founded. Ferdinand Lindheimer arrived in Texas on April 22 at San 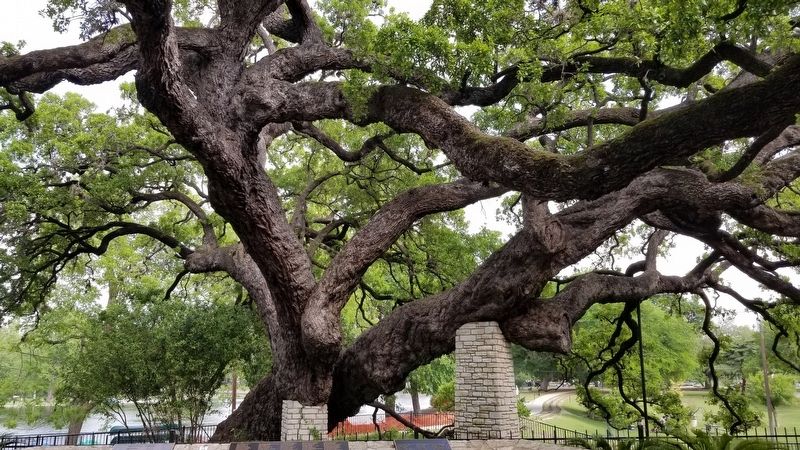 By James Hulse, April 12, 2019
2. Founder's Oak Marker
Tbe marker is to the right of the two markers in front of the Founder's Oak. It is at the bottom of the photo and just partially visible.
Jacinto to help in Texas Revolution against Mexico.

1852 Lindheimer published first weekly issue of New Braunfelser Zeitung. Not one issue ever missed, even during the civil war. 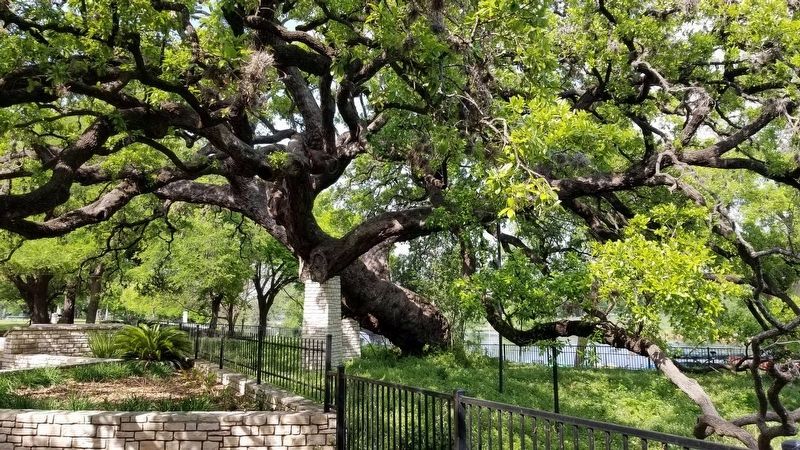 1915 Liberty Bell passed through New Braunfels by train from San Francisco and was seen by large crowd.

1963 Lyndon B. Johnson became 36th president of the United States.

Location. 29° 42.696′ N, 98° 8.158′ W. Marker is in New Braunfels, Texas, in Comal County. Marker can be reached from the intersection of Landa Park Drive (California Blvd) and Monument Drive. Touch for map. Marker is in this post office area: New Braunfels TX 78130, United States of America. Touch for directions.