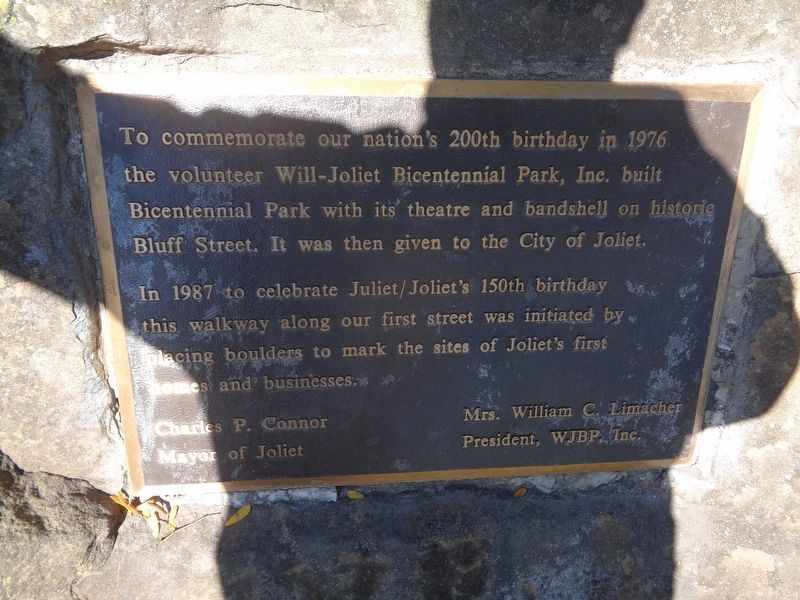 To commemorate our nation's 200th birthday in 1976 the volunteer Will-Joliet Bicentennial Park, Inc. built Bicentennial Park with its theatre and bandshell on historic Bluff Street. It was then given to the City of Joliet.

In 1987 to celebrate Juliet/Joliet's 150th birthday this walkway along our first street was initiated by placing boulders to mark the sites of Joliet's first homes and businesses.

Topics. This historical marker is listed in these topic lists: Charity & Public Work • Parks & Recreational Areas. A significant historical year for this entry is 1976. 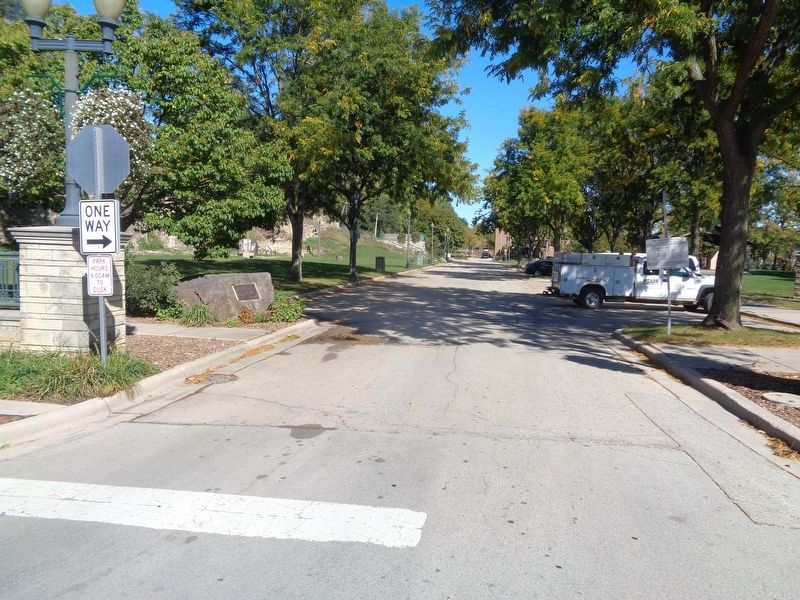 Photographed By Jason Voigt, October 2, 2020
2. Bicentennial Park Marker
Marker is on the left