The David A. Miller Bell Tower 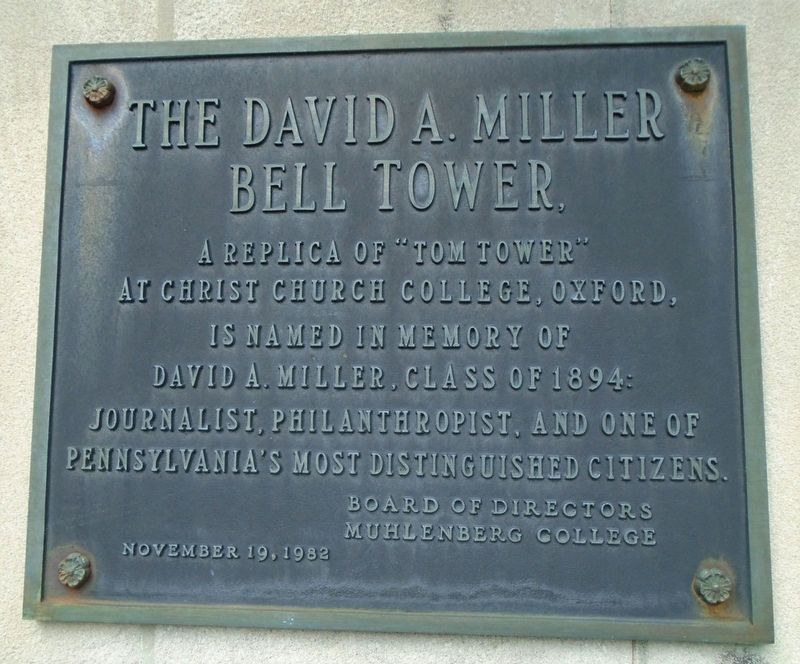 [Dedicated] November 19, 1982. . This historical marker was erected in 1982 by Muhlenberg College Board of Directors. It is in Allentown in Lehigh County Pennsylvania

A replica of "Tom Tower"
at Christ Church College, Oxford,
is named in memory of
David A. Miller, Class of 1894:
Journalist, Philanthropist, and one of
Pennsylvania's Most Distinguished Citizens.

Erected 1982 by Muhlenberg College Board of Directors.

Topics and series. This historical marker is listed in these topic lists: Architecture • Arts, Letters, Music • Charity & Public Work • Education. In addition, it is included in the Historic Bells series list. A significant historical date for this entry is November 19, 1982.

Location. 40° 35.859′ N, 75° 30.607′ W. Marker is in Allentown, Pennsylvania, in Lehigh County. Marker is on The Circle north of Chew Street, on the right when traveling west. Marker is on the Haas College Center building, on the Muhlenberg College campus. Touch for map. Marker is at or near this postal address: 2400 Chew Street, Allentown PA 18104, United States of America. Touch for directions.

Other nearby markers. At least 8 other markers are within walking distance of this marker. The Haas College Center (here, next to this marker); John Peter Gabriel Muhlenberg (within shouting distance 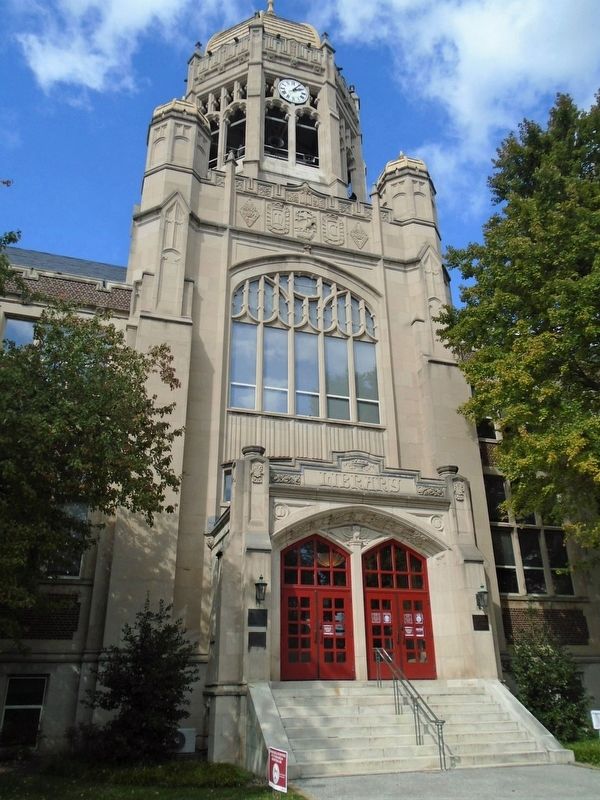 Click or scan to see
this page online
of this marker); The Ettinger Building (within shouting distance of this marker); Milton W. "Scotty" Wood and June "Betty" Wood (about 600 feet away, measured in a direct line); Spanish American War Memorial (approx. half a mile away); Allentown (approx. 0.8 miles away); Franklin Fire Co. No. 10 Bell (approx. one mile away); Allentown's First Park (approx. one mile away). Touch for a list and map of all markers in Allentown.