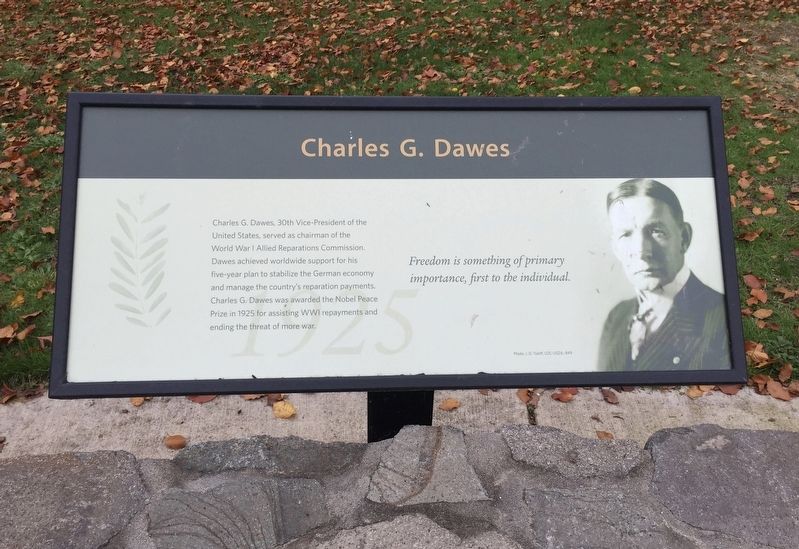 Freedom is something of primary importance, first to the individual. , . This historical marker was erected in 2013 by Nobel Peace Laureate Project. It is in Eugene in Lane County Oregon

Charles G. Dawes, 30th Vice-President of the United States, served as chairman of the World War I Allied Reparations Commission. Dawes achieved worldwide support for his five-year plan to stabilize the German economy and manage the country's reparation payments. Charles G. Dawes was awarded the Nobel Peace Prize in 1925 for assisting WWI repayments and ending the threat of more war.

Freedom is something of primary importance, first to the individual.

Topics. This historical marker is listed in this topic list: Peace. A significant historical year for this entry is 1925. 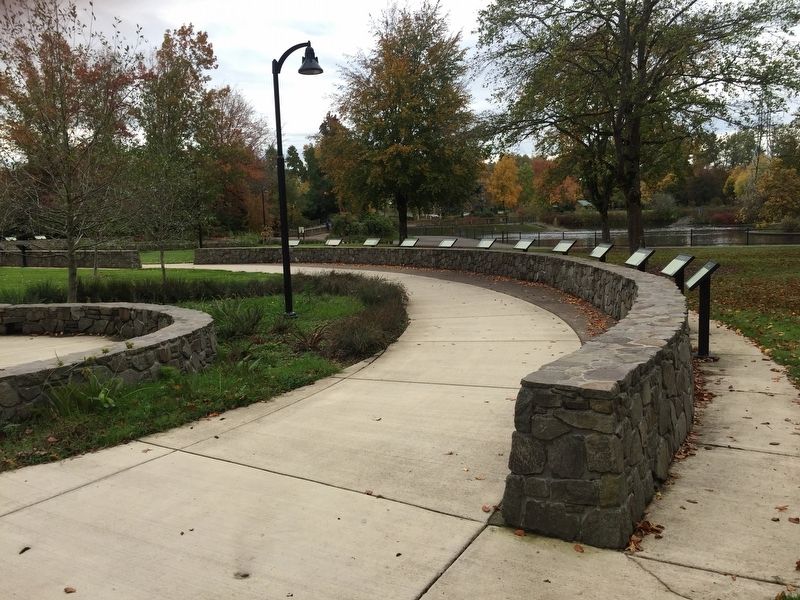 Photographed By Andrew Ruppenstein, October 26, 2016
2. Charles G. Dawes (1925) Marker - wide view
The Dawes marker is the second from the right.

More about this marker. The marker is located within the Nobel Peace Park, which is situated within Alton Baker Park, between the Defazio Bridge and Day Island Road

Also see . . .  Charles Dawes (NobelPrize.org). "Charles Dawes received the Peace Prize for 1925 for having contributed to reducing the tension between Germany and France after the First World War." (Submitted on October 8, 2020.) 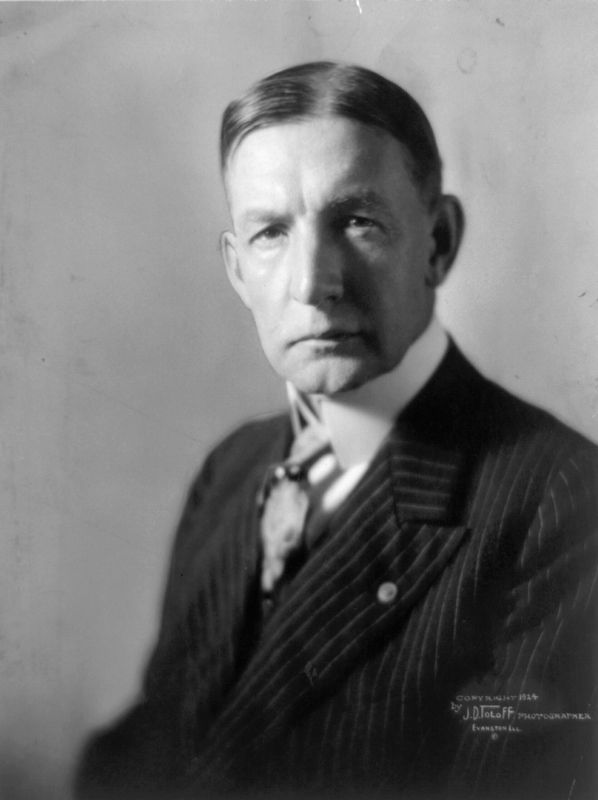