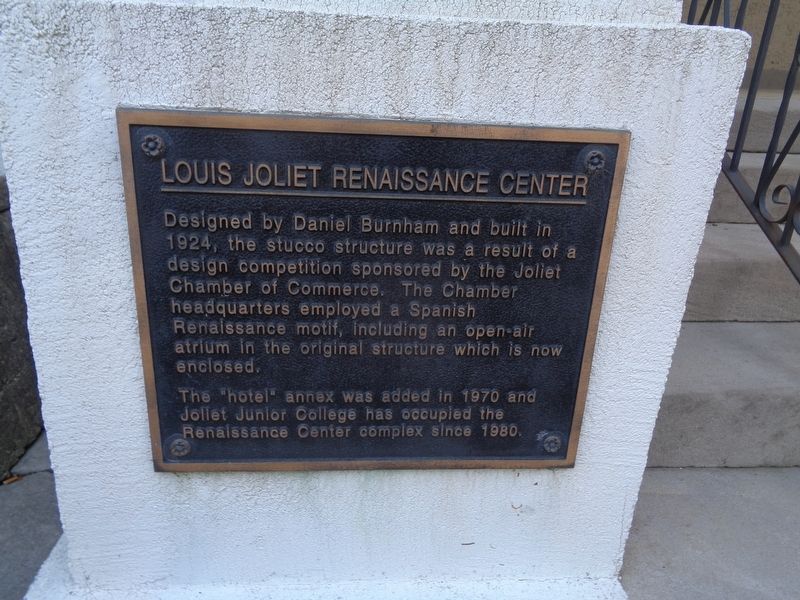 Designed by Daniel Burnham and built in 1924, the stucco sculpture was a result of a design competition sponsored by the Joliet Chamber of Commerce. The Chamber headquarters employed a Spanish Renaissance motif, including an open-air atrium in the original structure which is now enclosed.

The "hotel" annex was added in 1970 and Joliet Junior College has occupied the Renaissance Center complex since 1980. 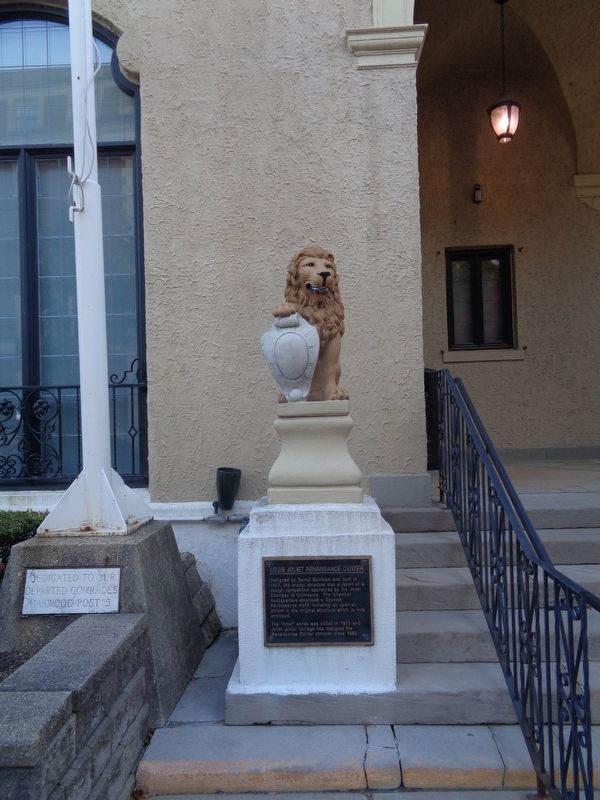 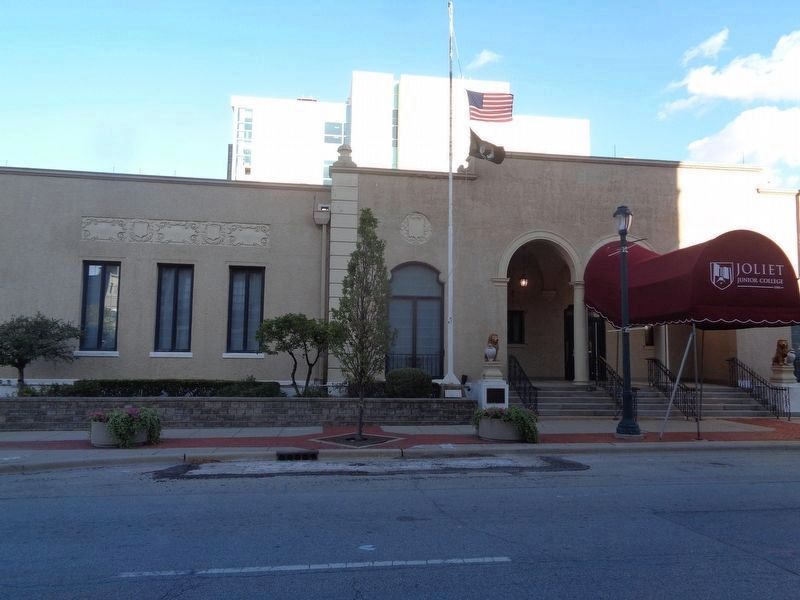