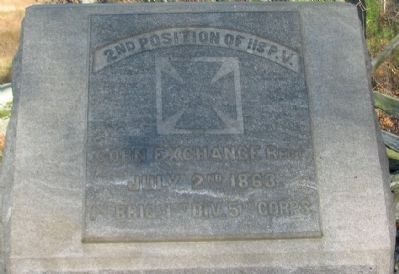 Location. 39° 47.949′ N, 77° 14.619′ W. Marker is in Cumberland Township, Pennsylvania, in Adams County. Memorial is on Wheatfield Road, on the left when traveling east. Located on the north edge of the Wheatfield in Gettysburg National Military Park. Touch for map. Marker is in this post office area: Gettysburg PA 17325, United States of America. Touch for directions. 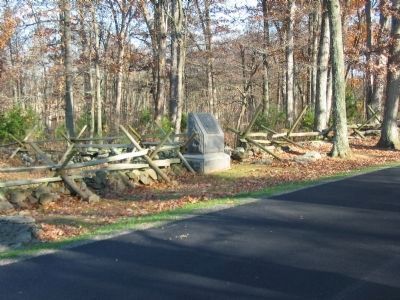 By Craig Swain, November 11, 2008
2. Second 118th Pennsylvania Position north of the Wheatfield
After being withdrawn from Stony Hill, the Corn Exchange Regiment was positioned to support the Federal batteries deployed along the Wheatfield Road.