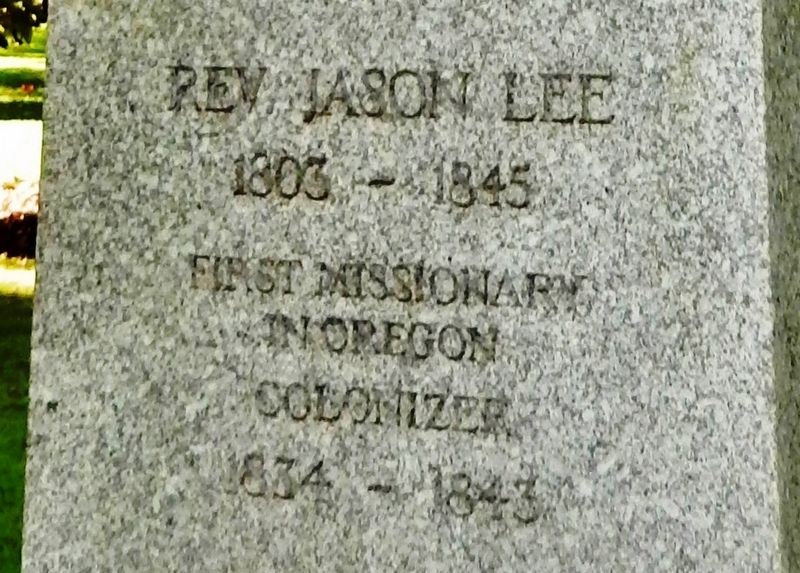 Topics. This historical marker is listed in these topic lists: Arts, Letters, Music • Churches & Religion • Settlements & Settlers. A significant historical year for this entry is 1803. 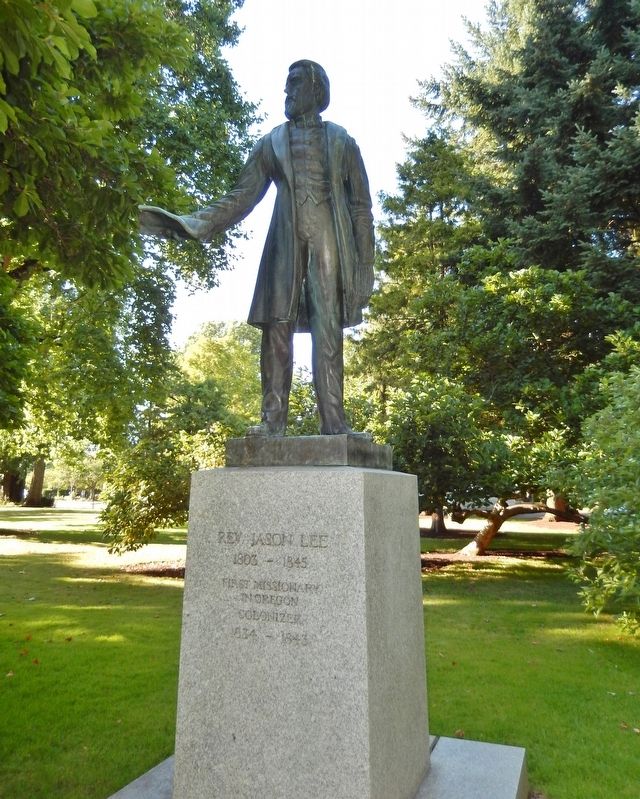 Also see . . .
1. Jason Lee (Wikipedia). Jason Lee, also known as Reverend Jason Lee, is an outdoor bronze sculpture designed by Alexander Phimister Proctor, who died in 1950 when only the work's model was finished. His son Gifford MacGregor Proctor completed the sculpture between 1950 and 1953. The one installed on the grounds of the Oregon State Capitol is a duplicate of a bronze statue unveiled in the United States Capitol in 1952. (Submitted on October 11, 2020, by Cosmos Mariner of Cape Canaveral, Florida.)

2. Jason Lee's Mission to Oregon. In 1841 Jason Lee’s Indian Manual Training School was moved to its present location at Chemeketa, and the following year a school for the white population was started at Mission Mill in Salem. The Oregon Institute, as it was known, was the first school for white Americans established west of Missouri. It later grew to become Willamette University, the first college in the Oregon Territory. 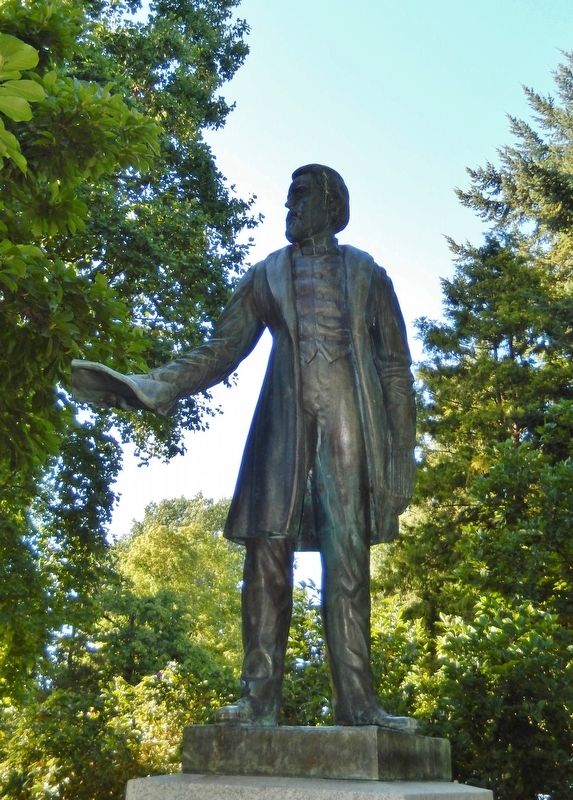