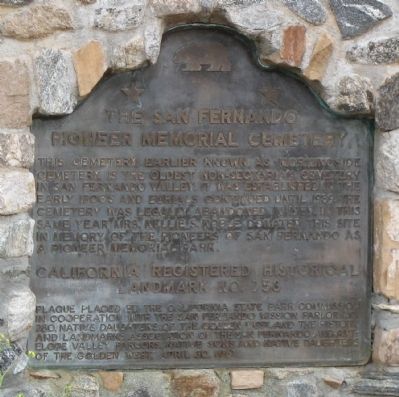 This Cemetery, earlier known as Morningside Cemetery, is the oldest non-sectarian cemetery in San Fernando Valley. It was used from the early 1800's until 1939. It was legally abandoned in 1959. In this same year Mrs. Nellis S. Noble donated the site in memory of the pioneers of San Fernando as a Pioneer Memorial Park.

Topics and series. This historical marker is listed in this topic list: Cemeteries & Burial Sites. In addition, it is included in the California Historical Landmarks, the City of Los Angeles Historic-Cultural Monuments, and the Native Sons/Daughters of the Golden West series lists. 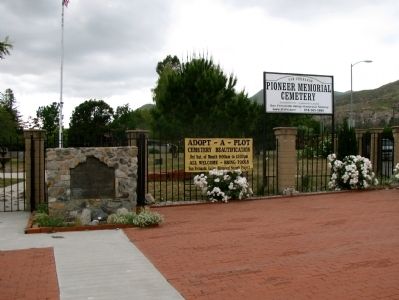 Regarding The San Fernando Pioneer Memorial Cemetery. This cemetery, in its earliest stages of preservation, was a Boy Scout Troop 94 cleanup service project. It was also cared for by the Native Daughters of the Golden West, the Sylmar Civic Association, the San Fernando Women’s Club, and the San Fernando Valley Historical Society.
Half of the original cemetery property had few burials, and is now home to 64 condo owners (including this contributor, -CB). 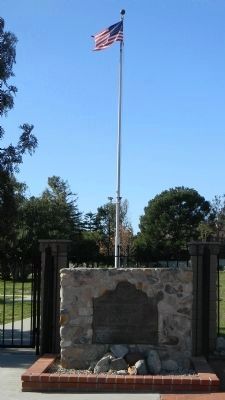 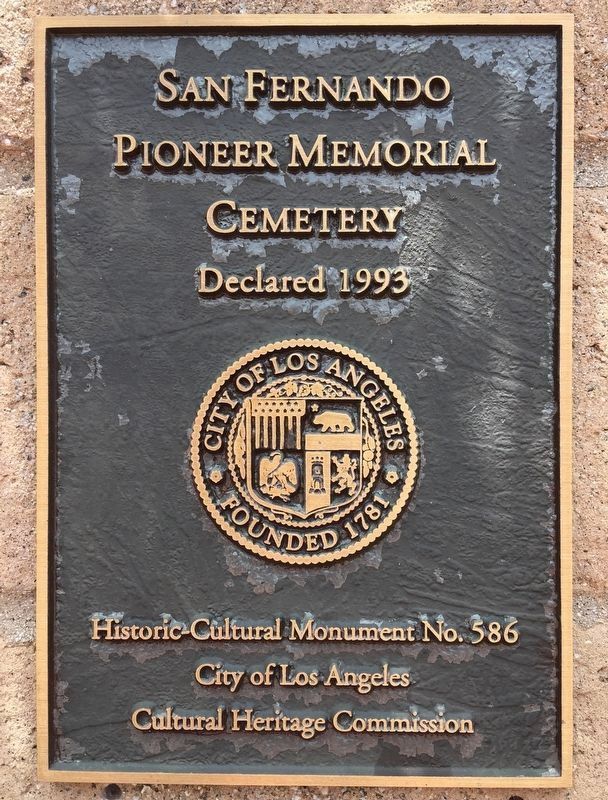 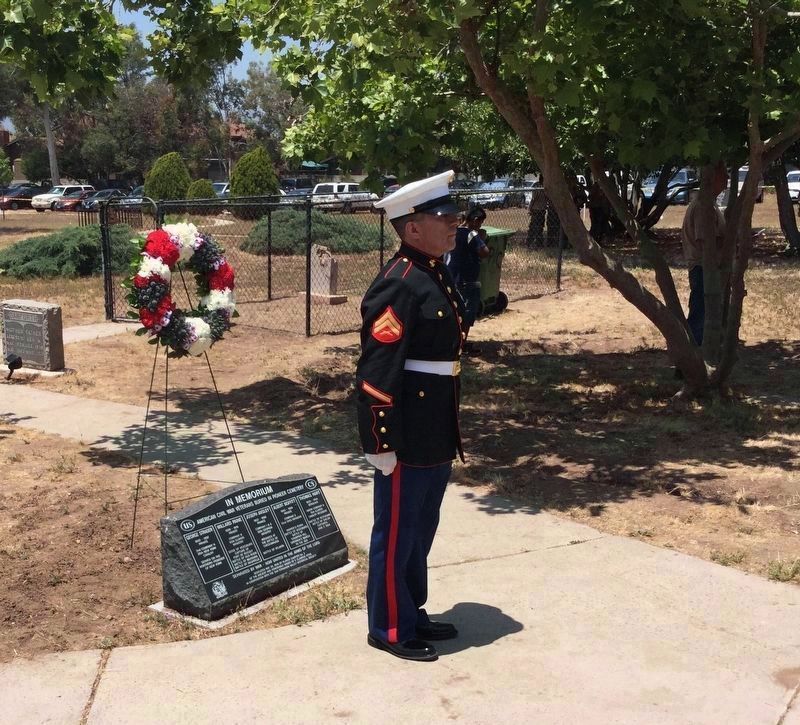 Photographed By Craig Baker, May 28, 2018
5. Memorial Day Ceremony
Wreath placed at marker for five Civil War veterans. Four Union soldiers and one Confederate soldier are buried here. Most of the original markers are missing. 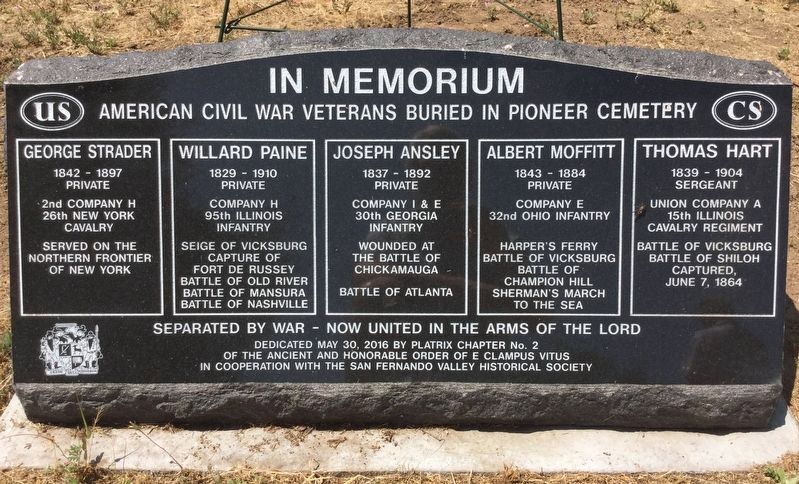 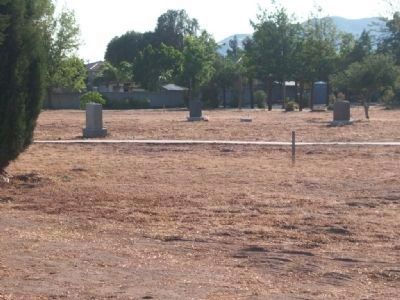 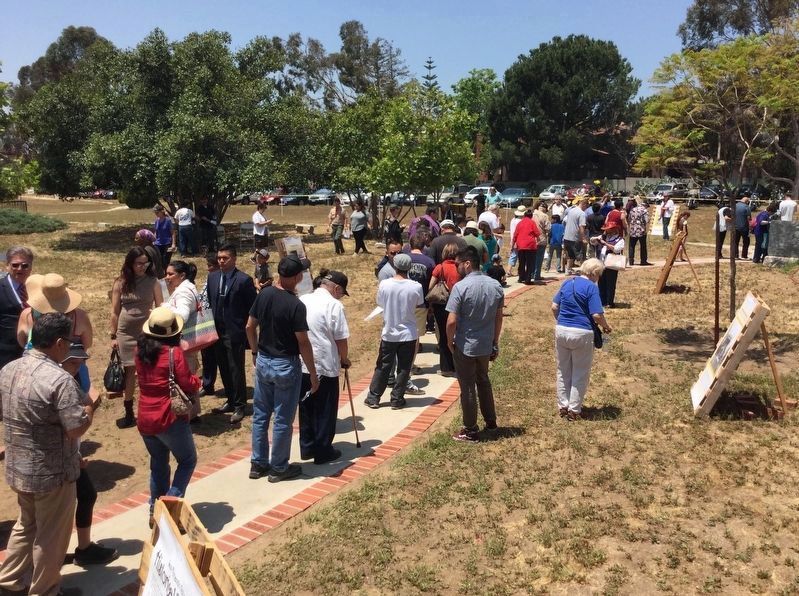