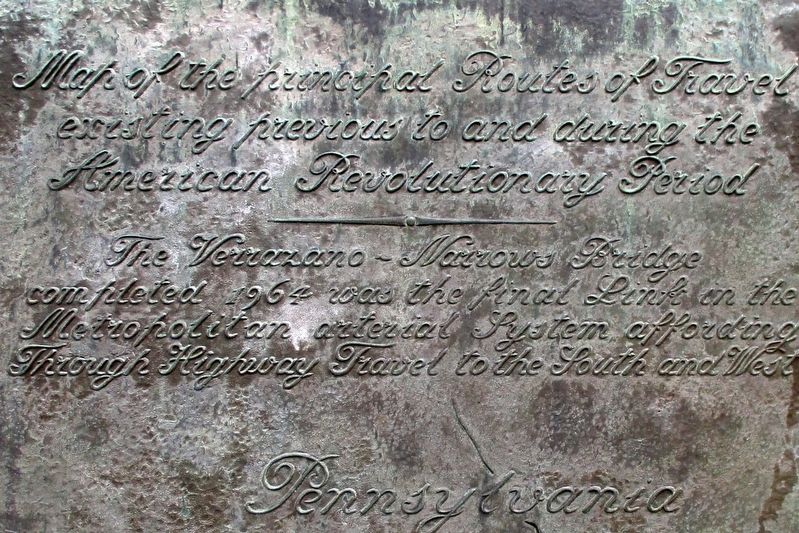 By Larry Gertner, September 2, 2020
1. The Verrazano-Narrows Bridge plaque inscription
Inscription.
The Verrazano-Narrows Bridge. . . Completed 1964 was the final Link on the Metropolitan Arterial System affording Through Highway Travel to the South and West. . . Map of the principal Routes of Travel existing previous to and during the American Revolutionary Period . This historical marker was erected in 1964 by Triborough Bridge and Tunnel Authority. It is in Staten Island in Richmond County New York

Completed 1964 was the final Link on the Metropolitan Arterial System affording Through Highway Travel to the South and West. 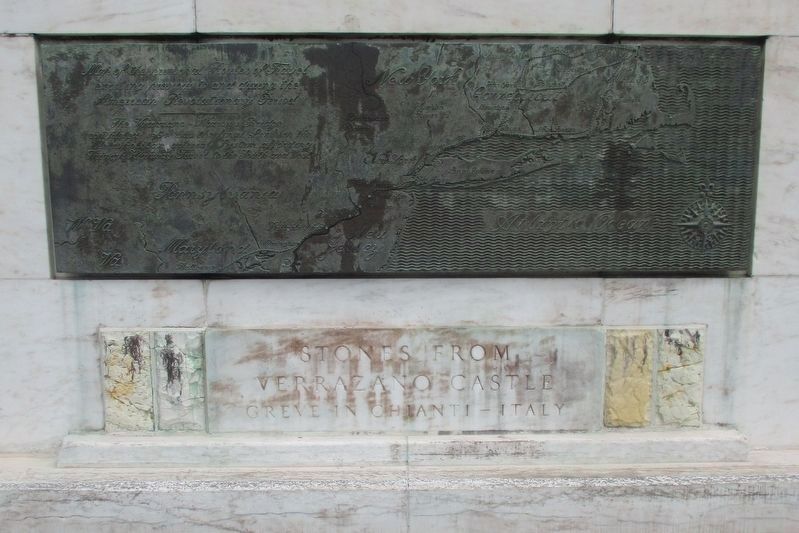 Regarding The Verrazano-Narrows Bridge. Governor Nelson Rockefeller preferred the “American” version with one “Z” and the contracts were so written. In 2018 a compromise bill officially corrected the spelling to “Verrazzano”, but to keep costs down, it would only be changed on replacement signs. 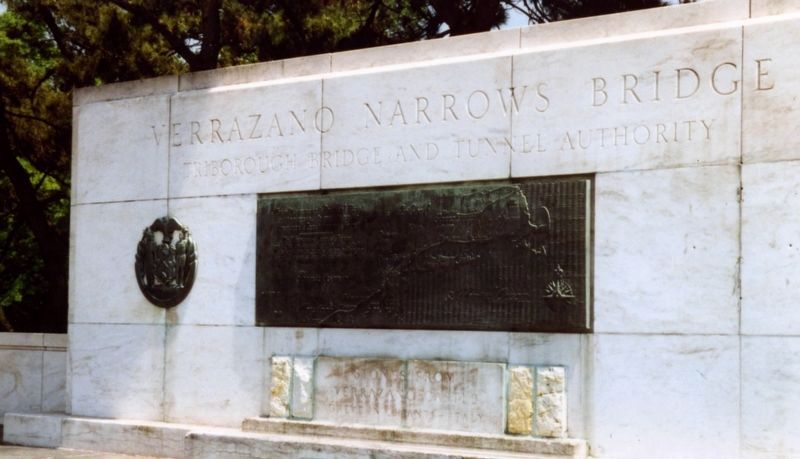 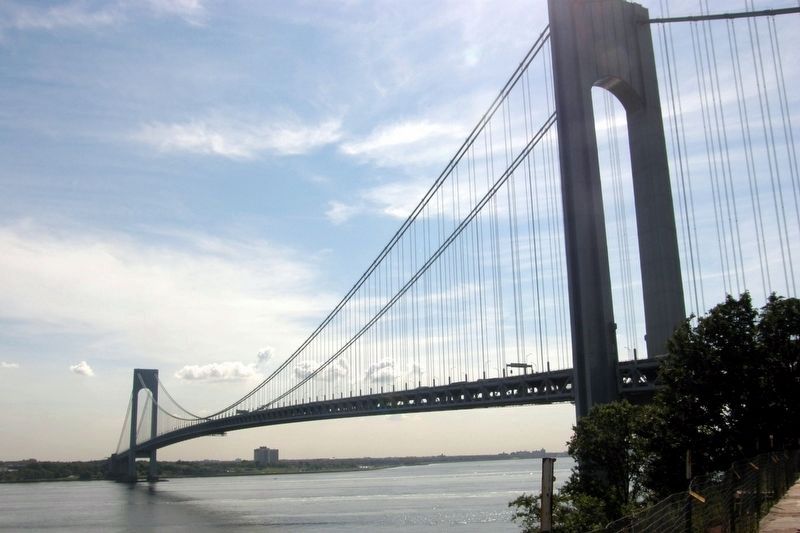