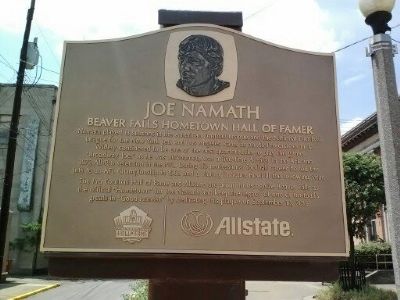 The Pro Football Hall of Fame and Allstate are proud to recognize Beaver Falls as the official "Hometown" for Joe Namath and keep the legacy of one of football's greats in "Good Hands" by dedicating this plaque on September 10, 2011.

Erected 2011 by Pro Football Hall of Fame and Allstate.

Topics. This historical marker is listed in this topic list: Sports. A significant historical month for this entry is September 1989. 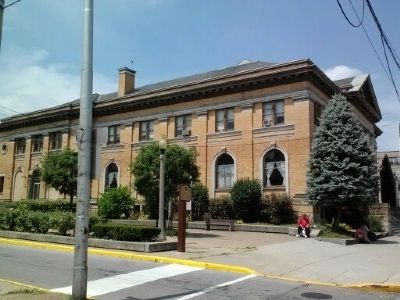 Click or scan to see
this page online
from the intersection of 7th Avenue (Pennsylvania Route 18) and 13th Street. Located at the Carnegie Free Library. Touch for map. Marker is in this post office area: Beaver Falls PA 15010, United States of America. Touch for directions. 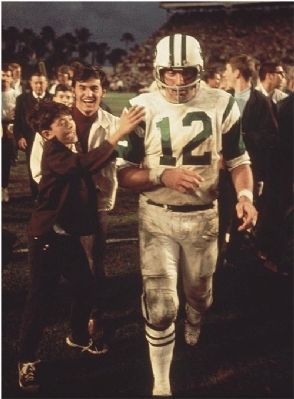 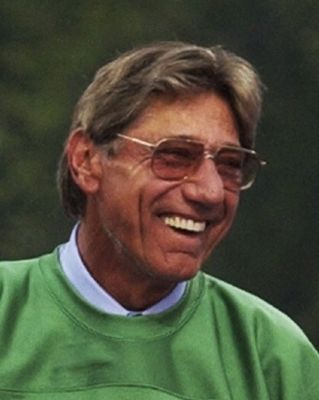