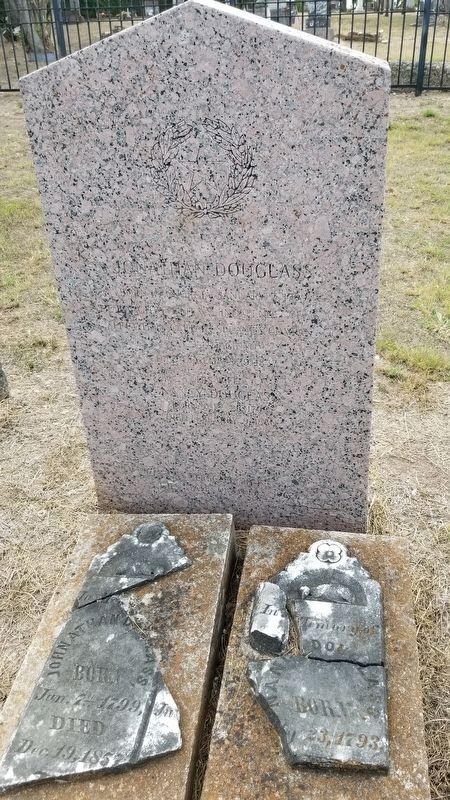 Born in Georgia January 7, 1799
He fought for Texas Independence as a private in Captain Splane's Company at San Jacinto
Died December 19, 1857

Erected by the State of Texas 1962

Topics. This historical marker is listed in this topic list: War, Texas Independence. A significant historical date for this entry is January 7, 1799.

Location. 29° 33.601′ N, 97° 57.708′ W. Marker is in Seguin, Texas, in Guadalupe County. Marker can be reached from the intersection of East Klein Street and South River Street. The marker is located in the south part of the Riverside Cemetery in the section called Smith Cemetery. Touch for map. Marker is in this post office area: Seguin TX 78155, United States of America. Touch for directions. 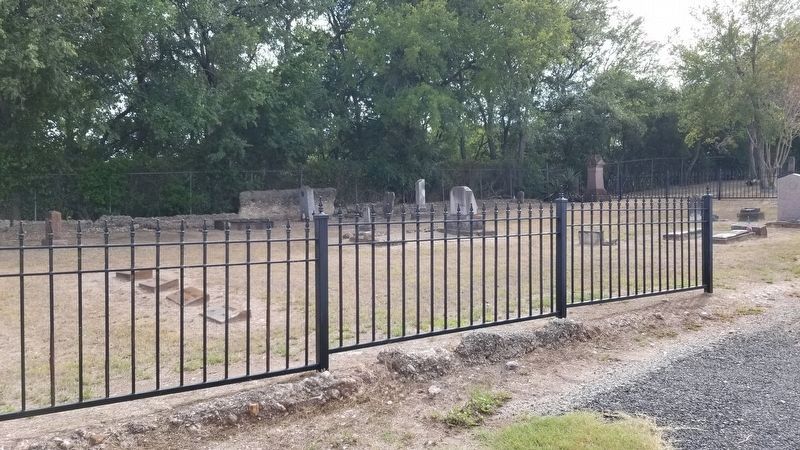 Photographed By James Hulse, July 31, 2020
2. The Jonathan Douglass marker is located to the far right.