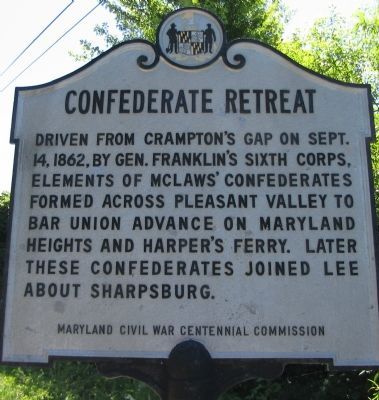 Topics. This historical marker is listed in this topic list: War, US Civil. A significant historical month for this entry is September 1865.

Location. Marker has been reported missing. It was located near 39° 23.985′ N, 77° 39.273′ W. Marker was near Gapland, Maryland, in Washington County. Marker was at the intersection of Gapland Road and Rohrersville Road (Maryland Route 67), on the left when traveling west on Gapland Road. Touch for map. Marker was in this post office area: Rohrersville MD 21779, United States of America. Touch for directions.

Other nearby markers. At least 8 other markers are within walking distance of this location. “Crampton Gap” (about 300 feet away, measured in a direct line); Brownsville Pass: Semmes’ Gamble (approx. 0.8 miles away); The 15th North Carolina (approx. 0.8 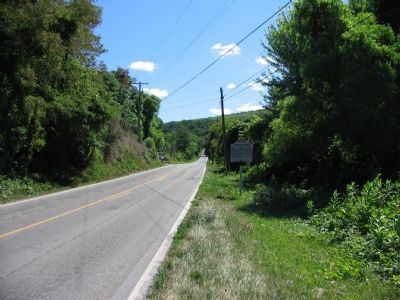 Photographed By Craig Swain, July 21, 2007
2. Looking Up Gapland Road Toward Crampton's Gap
The Confederate forces fell back down this road, into Pleasant Valley. Later Gen. McLaws formed a defensive line further down the valley in the vicinity of Brownsville, Maryland.

More about this marker. Marker is missing. 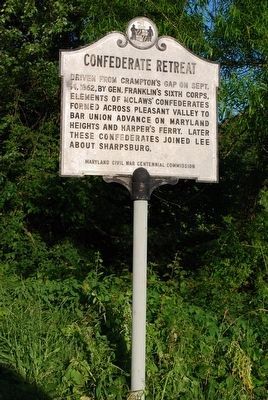 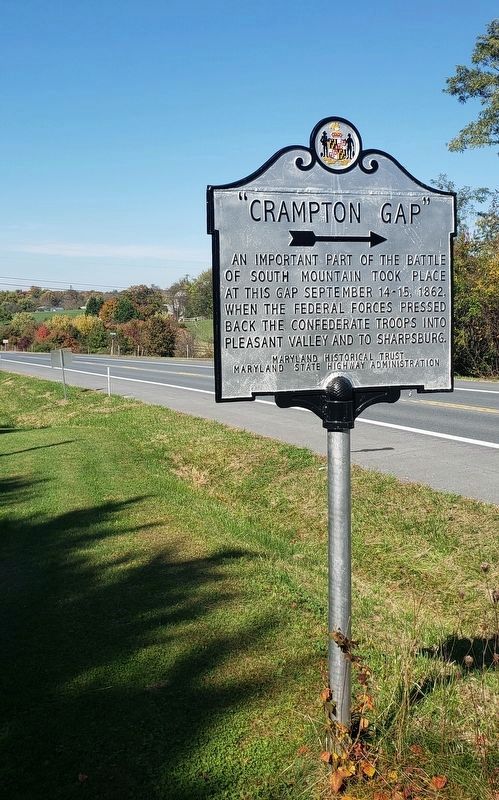