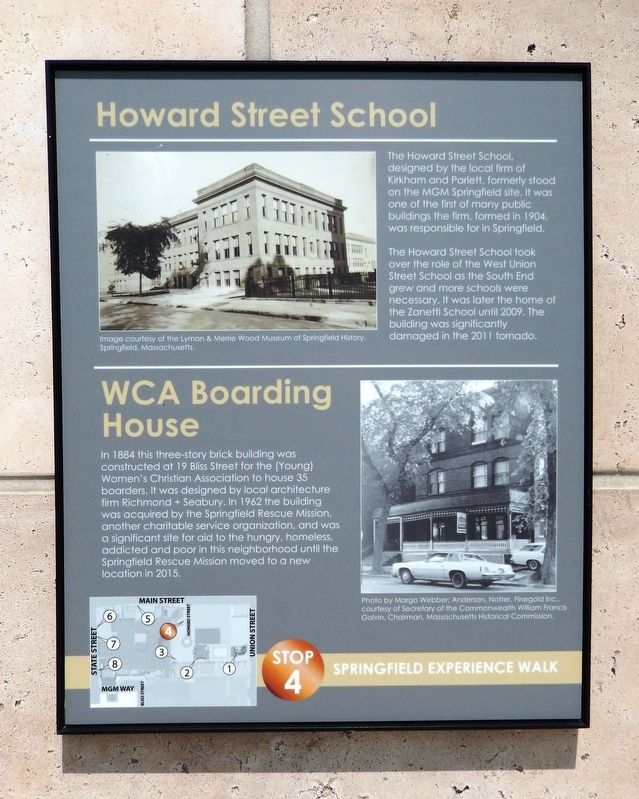 The Howard Street School took over the role of the West Union Street School as the South End grew and more schools were necessary. It was later the home of the Zanetti School until 2009. The building was significantly damaged in the 2011 tornado.

WCA Boarding House
In 1884 this three-story brick building was constructed at 19 Bliss Street for the (Young) Women's Christian Association to house 35 boarders. It was designed by local architecture firm Richmond + Seabury. In 1962 the building was acquired by the Springfield Rescue Mission, another charitable service organization, and was a significant site for aid to the hungry, homeless, addicted and poor in this neighborhood until the Springfield Rescue Mission moved to a new location in 2015. 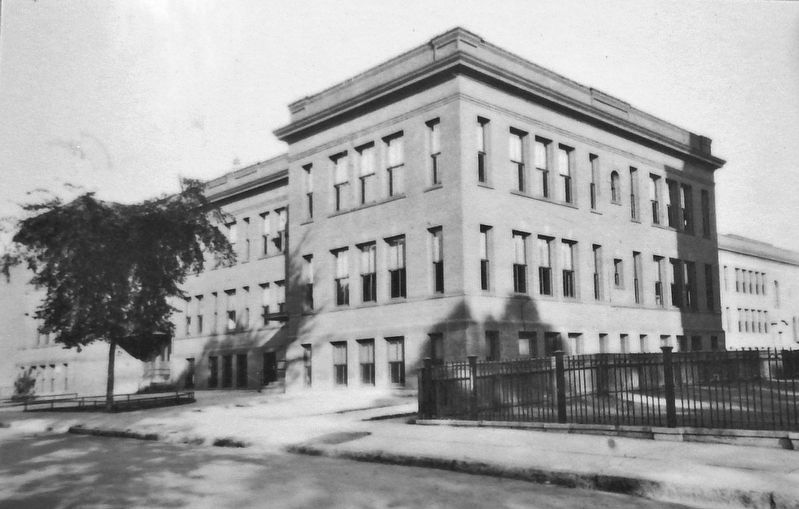 Location. 42° 5.977′ N, 72° 35.156′ W. Marker is in Springfield, Massachusetts, in Hampden County. Marker can be reached from the intersection of Main Street and Peabody Lane. Marker is mounted at eye-level on the southwest corner of the building at this address, about 30 yards southwest of Main Street. Touch for map. Marker is at or near this postal address: 1096 Main Street, Springfield MA 01103, United States of America. Touch for directions. 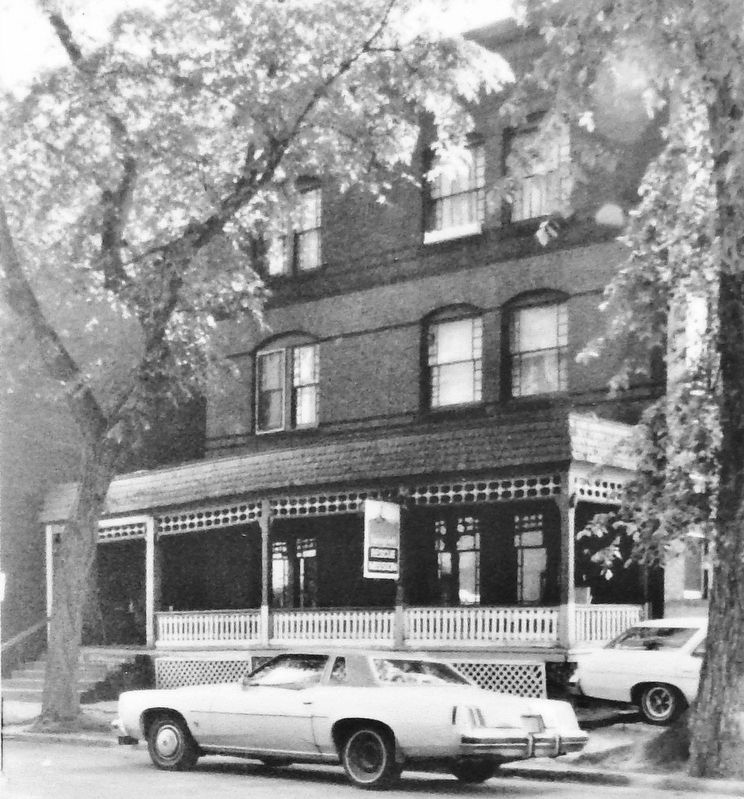 2. W.C.A. Boarding House (Wikipedia). Built in 1884 by the Women's Christian Association (WCA), a social welfare organization that was a predecessor to the Young Women's Christian Association (YWCA). It was one Springfield's few surviving boarding house structures from the 19th century. The building, listed on the National Register of Historic Places in 1983, was demolished around 2012 to make way for the MGM Springfield casino. (Submitted on October 22, 2020, by Cosmos Mariner of Cape Canaveral, Florida.) 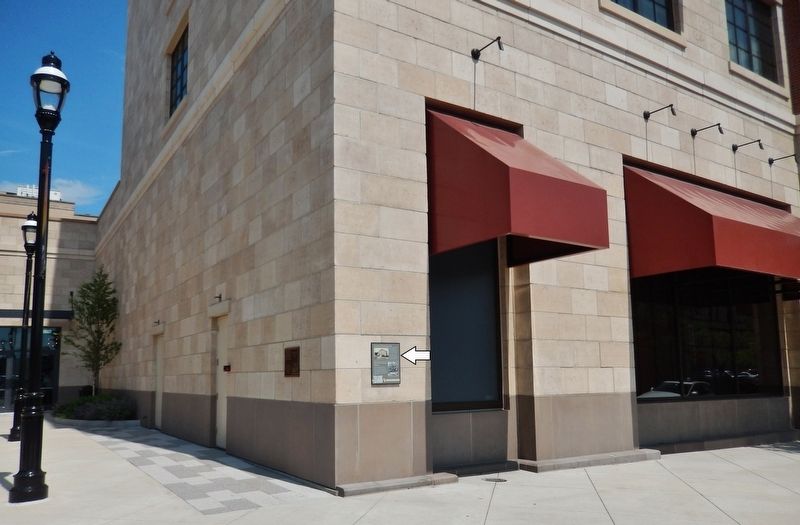 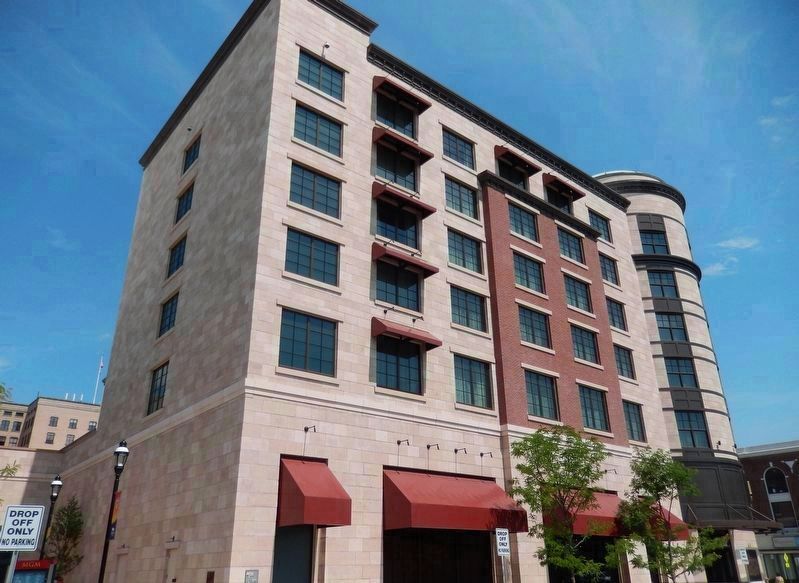