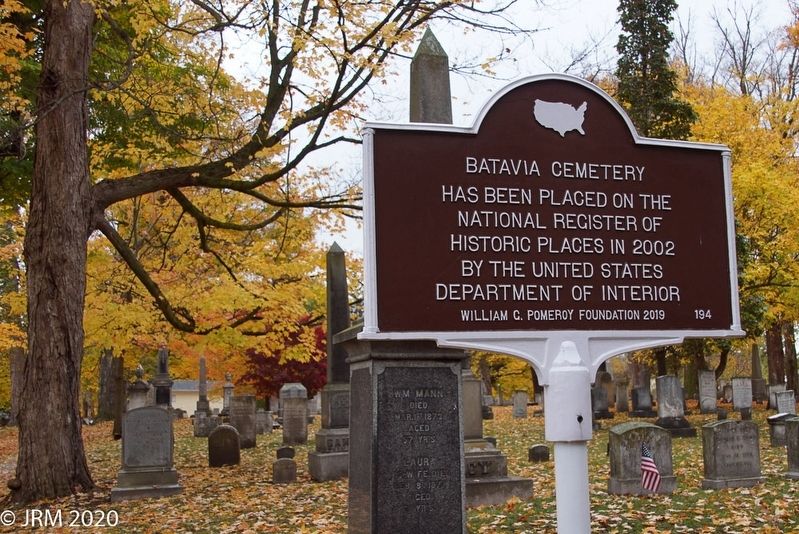 Photographed By Lugnuts, October 24, 2020
1. Batavia Cemetery Marker Obverse
Inscription.
Batavia Cemetery Has been placed on the National Register of Historic Places in 2002 by the United States Department of Interior . This historical marker was erected in 2002 by William G. Pomeroy Foundation. It is in Batavia in Genesee County New York 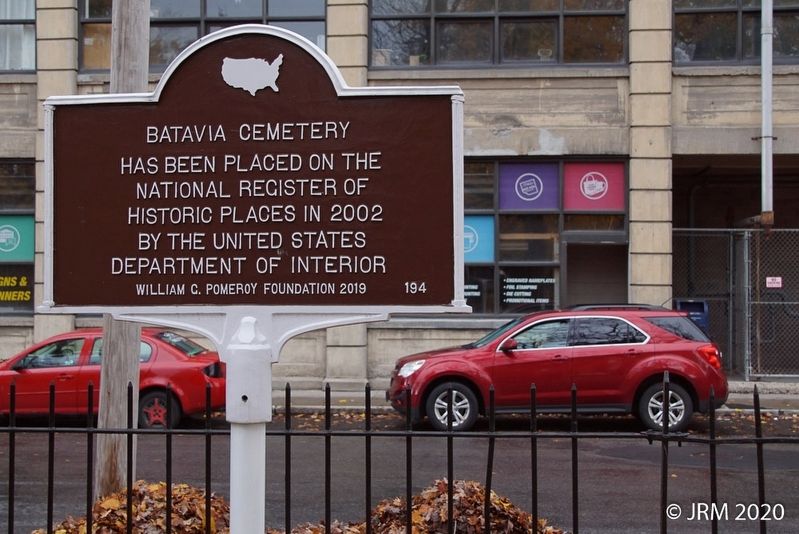 More about this marker. Several important decedents are located in this historic cemetery, including the founder of Batavia and Buffalo, and the president of the New York Central Railroad. 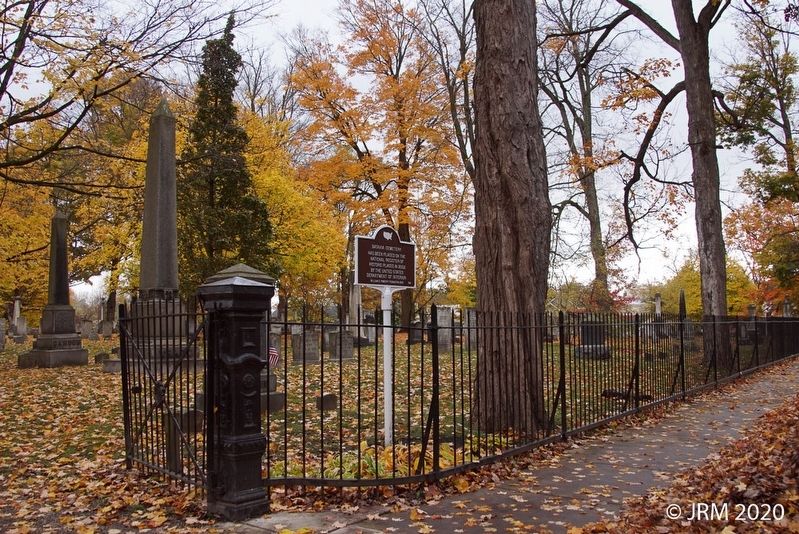 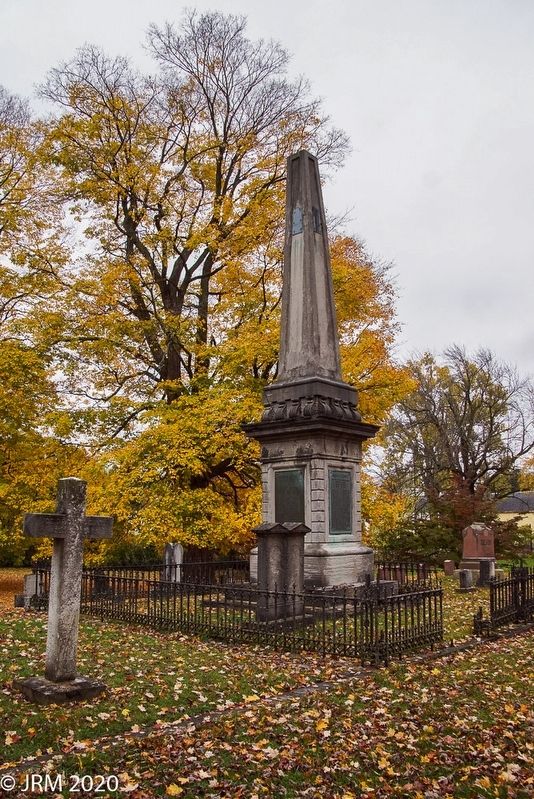 Photographed By Lugnuts, October 24, 2020
4. Joseph and Benjamin Ellicott Monument
Joseph was a surveyor and founded the cities of Batavia and Buffalo. His brother, Benjamin, was also a surveyor and helped determine the western border between New York and Canada. Benjamin was also a member of Congress from New York. 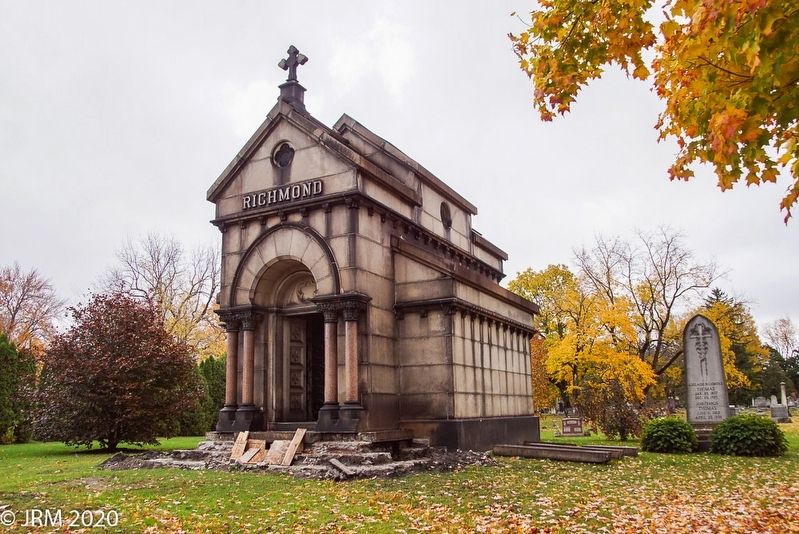 Photographed By Lugnuts, October 24, 2020
5. Batavia Cemetery Marker
Dean Richmond was the first vice-president of, and later president of, the New York Central Railroad. His enormous mausoleum is the only mausoleum in the cemetery. It was undergoing repairs when this photo was taken.
Credits. This page was last revised on October 27, 2020. It was originally submitted on October 25, 2020, by Lugnuts of Germantown, Wisconsin. This page has been viewed 71 times since then and 19 times this year. Photos:   1, 2, 3, 4, 5. submitted on October 25, 2020, by Lugnuts of Germantown, Wisconsin. • Bill Pfingsten was the editor who published this page.
Share this page.