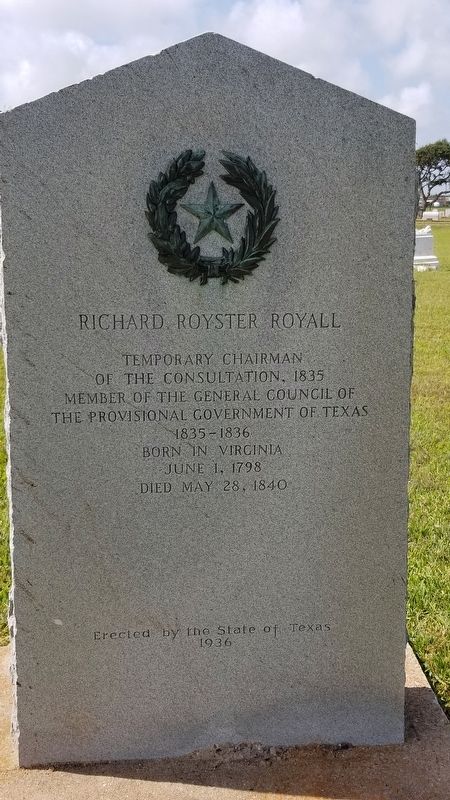 Photographed By James Hulse, October 11, 2020
1. Richard Royster Royall Marker
Inscription.
Richard Royster Royall. . , Temporary Chairman of the Consultation, 1835 , Member of the General Council of the Provisional Government of Texas 1835 - 1836 , Born in Virginia June 1, 1798 , Died May 28, 1840 , Erected by the State of Texas 1936 . This historical marker was erected in 1936 by The State of Texas. It is in Matagorda in Matagorda County Texas

Topics and series. This historical marker is listed in these topic lists: African Americans • Settlements & Settlers • War, Texas Independence. In addition, it is included in the Texas 1936 Centennial Markers and Monuments series list. A significant historical date for this entry is May 28, 1840. 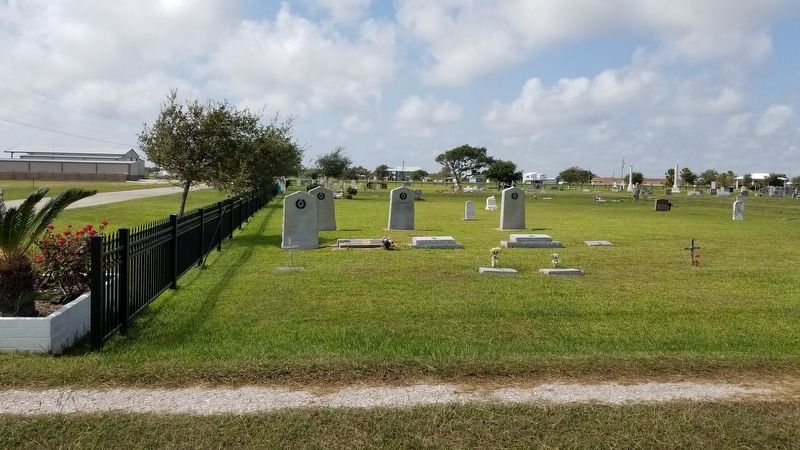 Photographed By James Hulse, October 11, 2020
2. Richard Royster Royall Marker is the fourth marker from the left. 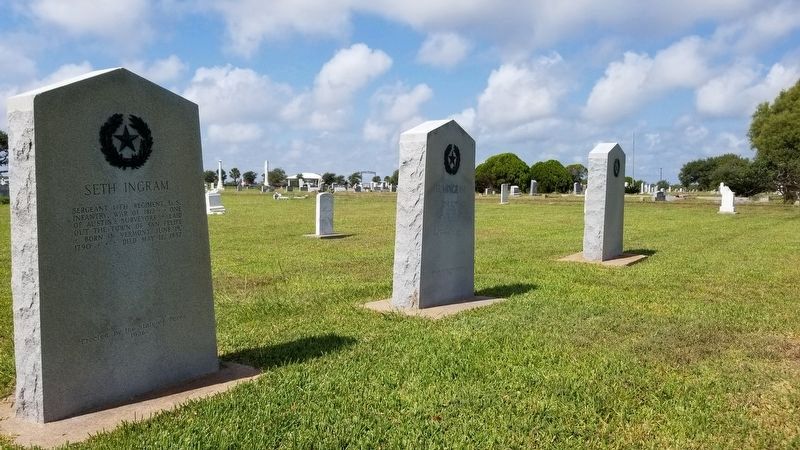