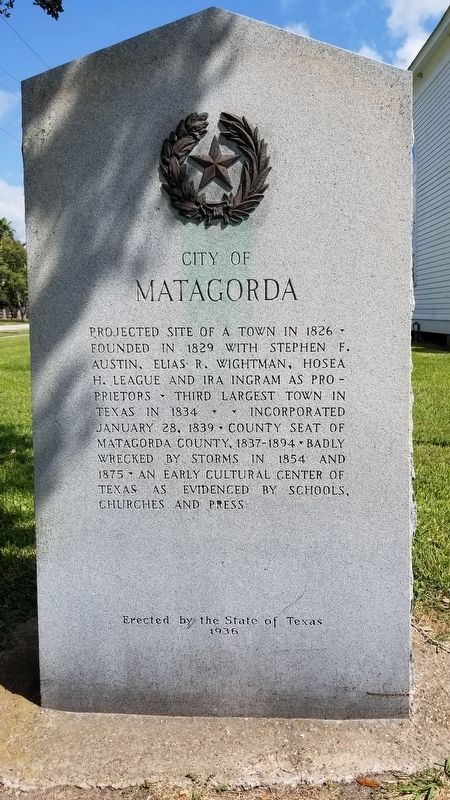 Topics and series. This historical marker is listed in these topic lists: Churches & Religion • Disasters • Education • Industry & Commerce. In addition, it is included in the Texas 1936 Centennial Markers and Monuments series list. 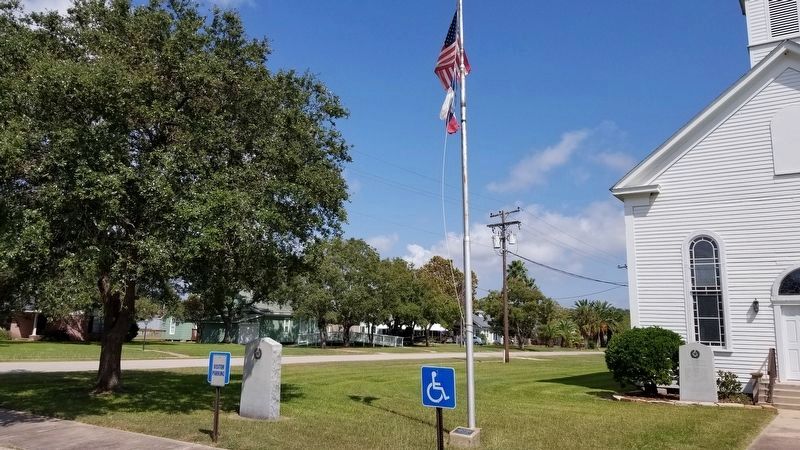 By James Hulse, October 11, 2020
2. City of Matagorda Marker
The marker is on the left of the two markers in this view.
distance of this marker. Christ Church (a few steps from this marker); Christ Episcopal Church (a few steps from this marker); Matagorda Methodist Church (about 400 feet away, measured in a direct line); Matagorda Lodge No. 7, A.F. & A.M. (about 500 feet away); The Culver Home (about 700 feet away); Dale-Rugeley-Sisk Home (approx. 0.2 miles away); Early Texas Freighting (approx. 0.3 miles away); Site of Dream Colony of Jane McManus (approx. 0.3 miles away). Touch for a list and map of all markers in Matagorda. 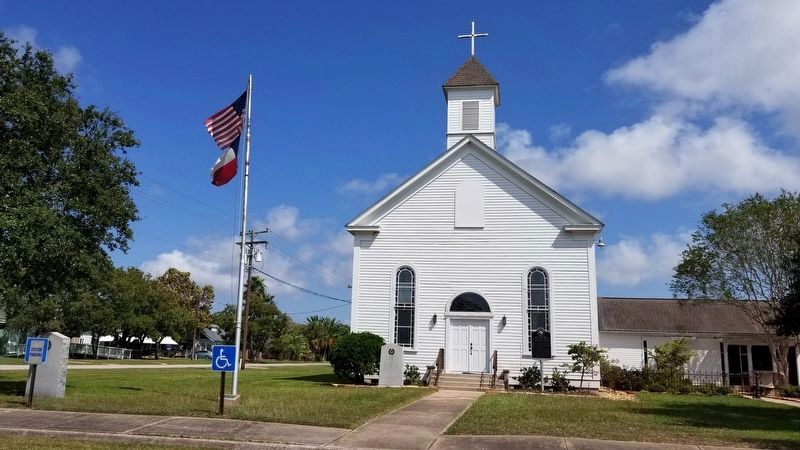