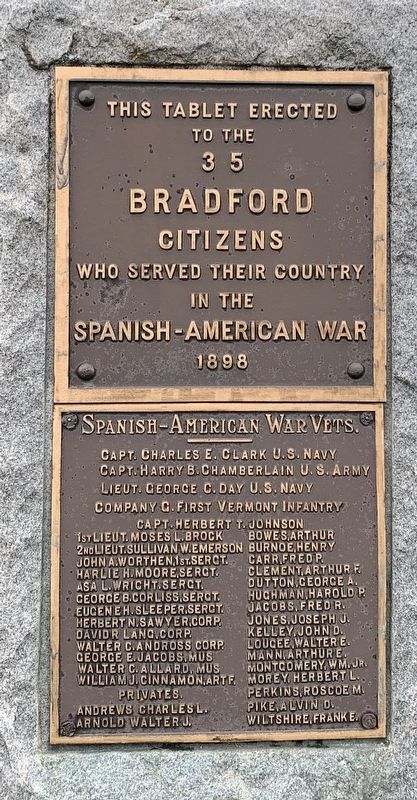 This tablet erected to the 35 Bradford citizens who served their country in the Spanish-American War 1898. 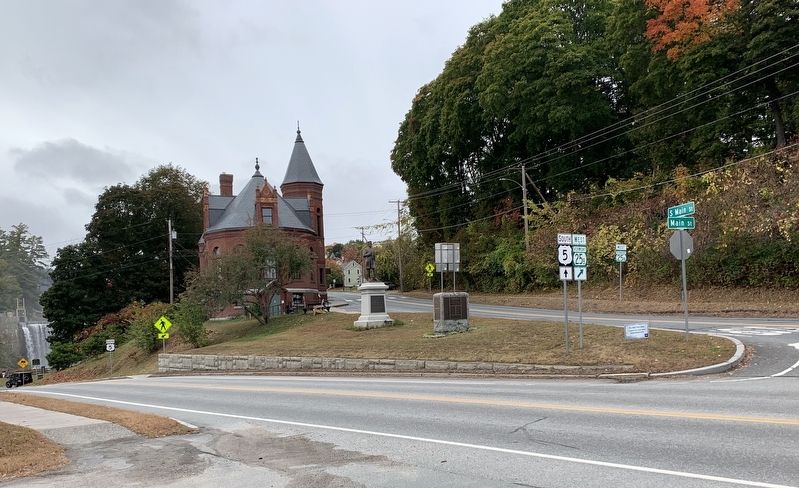 Click or scan to see
this page online
Frank E.

Other nearby markers. At least 8 other markers are within 5 miles of this marker, measured as the crow flies. Bradford World War Memorial (here, next to this marker); Bradford Civil War Memorial (here, next to this marker); Rear Admiral Charles Edgar Clark U.S.N. (within shouting distance of this marker); Bradford (about 300 feet away, measured in a direct line); Hooker Family House (approx. half a mile away); a different marker also named Bradford (approx. 1.6 miles away); Haverhill Corner Historic District (approx. 4.3 miles away in New Hampshire); Haverhill World War Memorial (approx. 4.3 miles away in New Hampshire). Touch for a list and map of all markers in Bradford. 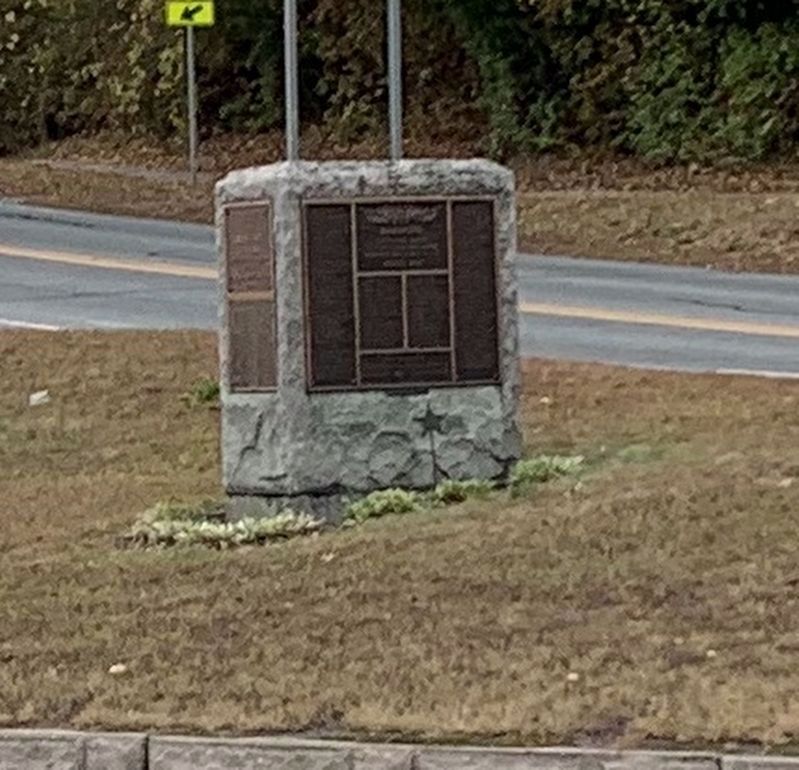