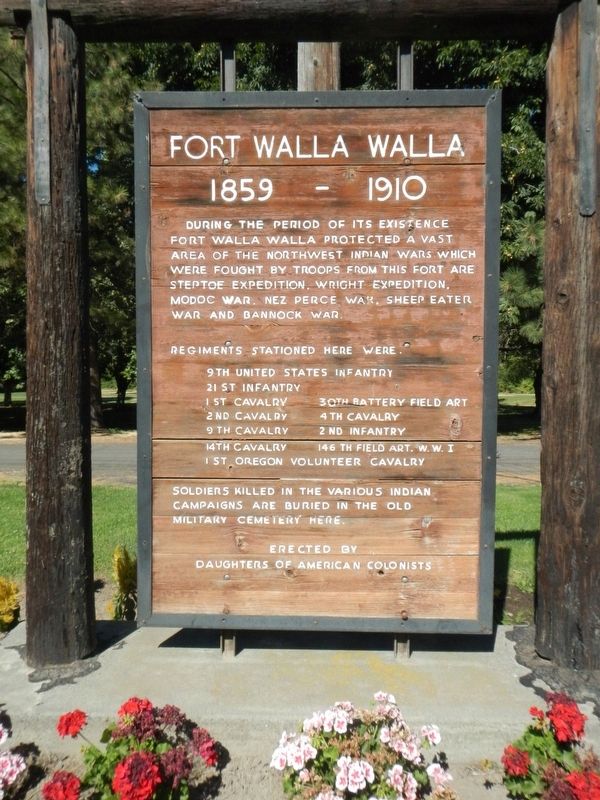 During the period of its existence Fort Walla Walla protected a vast area of the Northwest. Indian Wars which were fought by troops from this fort are Steptoe Expedition, Wright Expedition, Modoc War and Bannock War.

Soldiers killed in the various Indian Campaigns are buried in the Old Military Cemetery here.

Erected by Daughters of American Colonists.

Topics and series. This historical marker is listed in these topic lists: Forts and Castles • Wars, US Indian. In addition, it is included in the Daughters of the American Colonists series list. 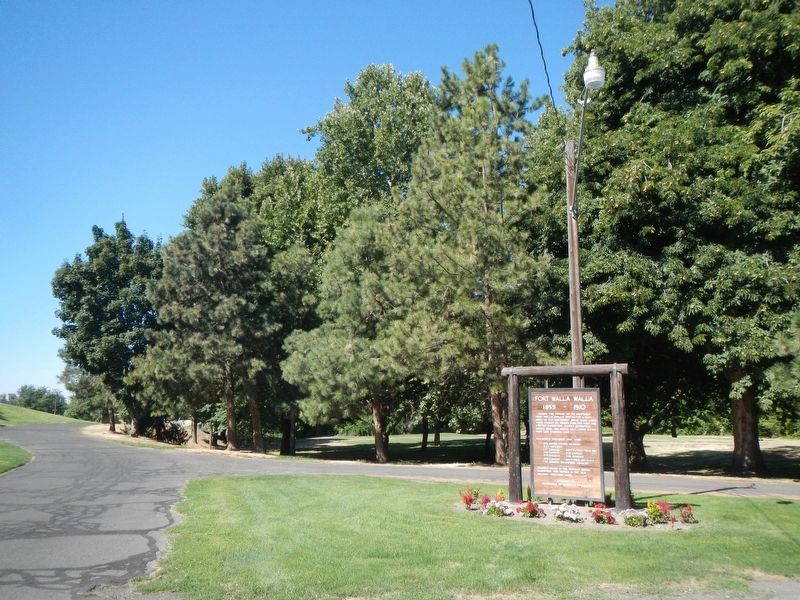 Click or scan to see
this page online
Walla Park, near the disc-golf course. Touch for map. Marker is at or near this postal address: 1550 Dalles Military Road, Walla Walla WA 99362, United States of America. Touch for directions.

2. Fort Walla Walla - Wikpedia. The third and permanent military Fort Walla Walla was built in 1858 and adjoined Steptoeville, now Walla Walla, Washington, a community that had grown up around the second fort.[4] An Executive Order 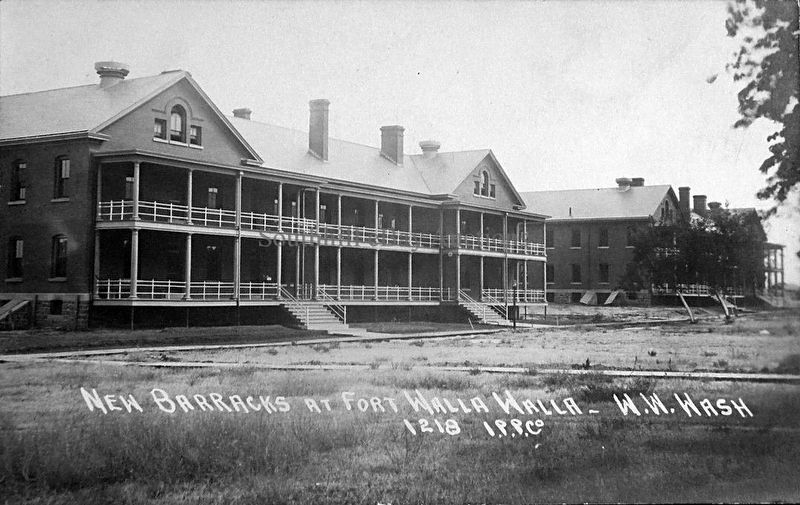