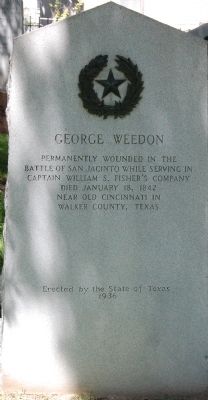 Photographed By Keith Peterson, August 26, 2007
1. George Weedon Marker
Inscription.
George Weedon. . , Permanently wounded in the Battle of San Jacinto while serving in Captain William S. Fisher's company , Died January 18, 1842 near Old Cincinnati in Walker County, Texas . This historical marker was erected in 1936 by State of Texas. It is in Austin in Travis County Texas

Topics and series. This historical marker is listed in this topic list: War, Texas Independence. In addition, it is included in the Texas 1936 Centennial Markers and Monuments series list. A significant historical month for this entry is January 1827. 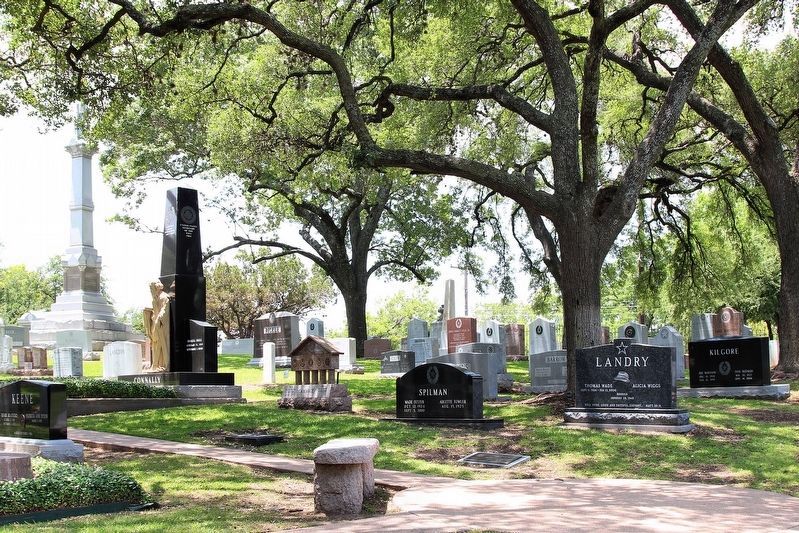 Photographed By Larry D. Moore, May 12, 2018
2. George Weedon Marker Area
The George Weedon marker is in the lower right quadrant of the image to the left of Landry gravestone.