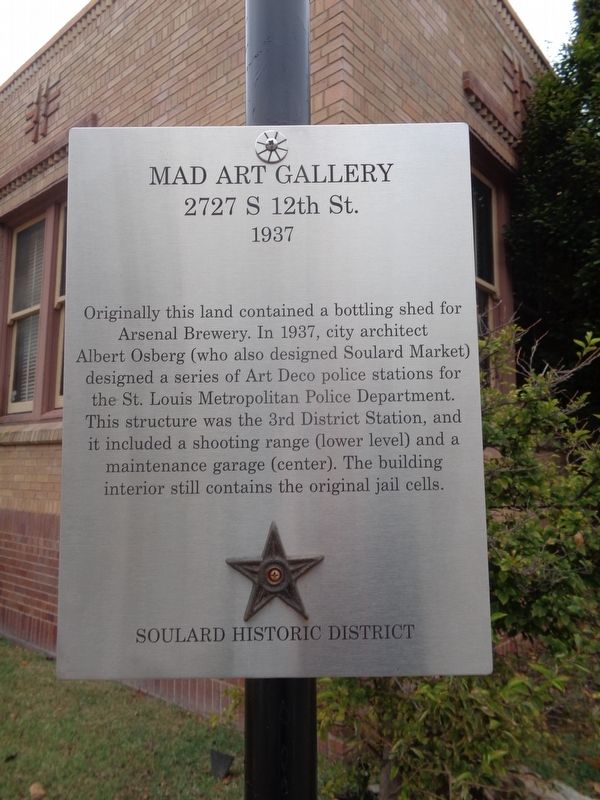 Topics and series. This historical marker is listed in these topic lists: Architecture • Law Enforcement. In addition, it is included in the Art Deco, and the Missouri, St. Louis, Soulard Historic District ⚜️ series lists. A significant historical year for this entry is 1937.

Location. 38° 36.023′ N, 90° 12.814′ W. Marker is in St. Louis, Missouri. Marker is at the intersection of Lynch Street and South 12th Street, on the right when traveling north on Lynch Street. Marker is outside Mad Art Gallery, which is located across the street from the Anheuser-Busch Brewery (Visitors 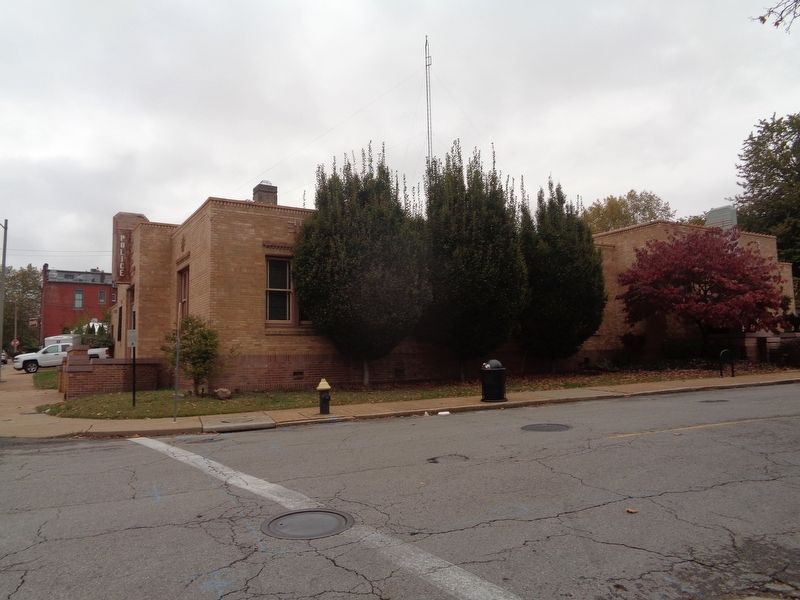 Photographed By Jason Voigt, October 28, 2020
2. Mad Art Gallery Marker
Marker is at the corner of 12th and Lynch streets.

Click or scan to see
this page online
Center). Touch for map. Marker is at or near this postal address: 1201 Lynch St, Saint Louis MO 63118, United States of America. Touch for directions.