Trails, Rails, and Roads: Lifelines of a Mill 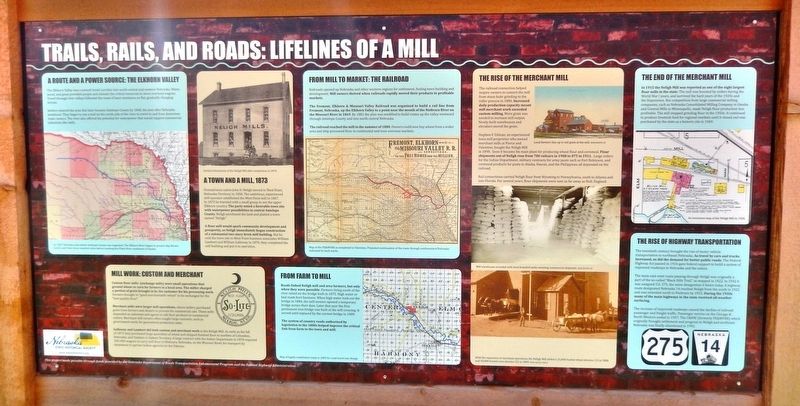 A Route and a Power Source: The Elkhorn Valley
The Elkhorn Valley was a natural travel corridor into north-central and western Nebraska. Water, wood, and grass provided people and animals the critical resources to move overland wagons. Travel through river valleys followed the route of least resistance on flat, gradually changing terrain.

Settlers entered the area that later became Antelope County by 1868, the year after Nebraska statehood. They began to use a trail on the north side of the river to travel to and from downriver trade centers. The river also offered the potential for waterpower that would support commercial industries like mills.

A Town and a Mill, 1873
Pennsylvania native John D. Neligh moved to West Point, Nebraska Territory, in 1858. The ambitious, experienced mill operator established the West Point mill in 1867. In 1872 he traveled with a small group to see the upper Elkhorn country. The party noted a favorable town site with waterpower possibilities in central Antelope County. Neligh purchased the land and platted a town named "Neligh." 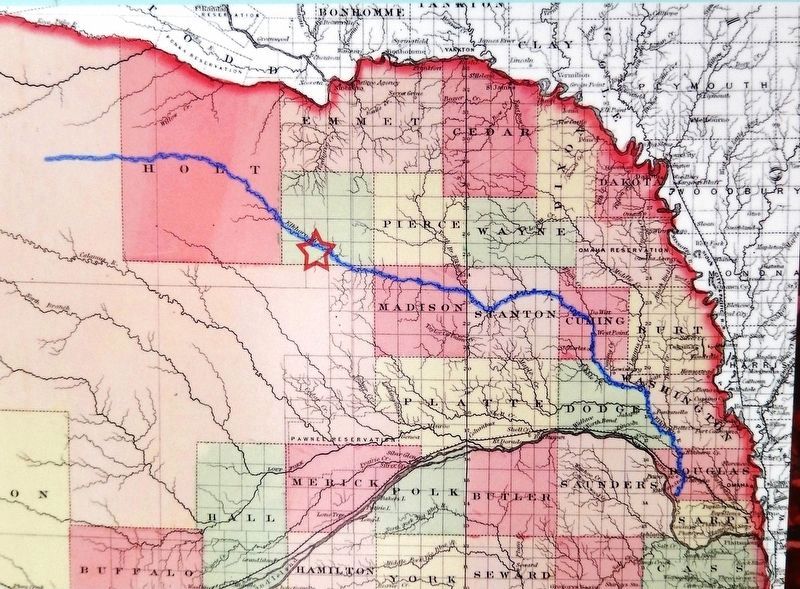 Click or scan to see
this page online
and prosperity, so Neligh immediately began construction of a substantial two-story brick mill building. But he sold the town site to West Point business associates William Lambert and William Gallaway in 1874; they completed the mill building and put it in operation.

From Mill to Market: The Railroad
Railroads opened up Nebraska and other western regions for settlement, fueling town building and development. Mill owners thrived when railroads rapidly moved their products to profitable markets.

The Fremont, Elkhorn & Missouri Valley Railroad was organized to build a rail line from Fremont, Nebraska, up the Elkhorn Valley to a point near the mouth of the Niobrara River on the Missouri River in 1869. By 1881 the plan was modified to build routes up the valley westward through Antelope County and into north central Nebraska.

The railroad reached the mill in the summer of 1880. Owners could now buy wheat from a wider area and ship processed flour to continental and even overseas markets. 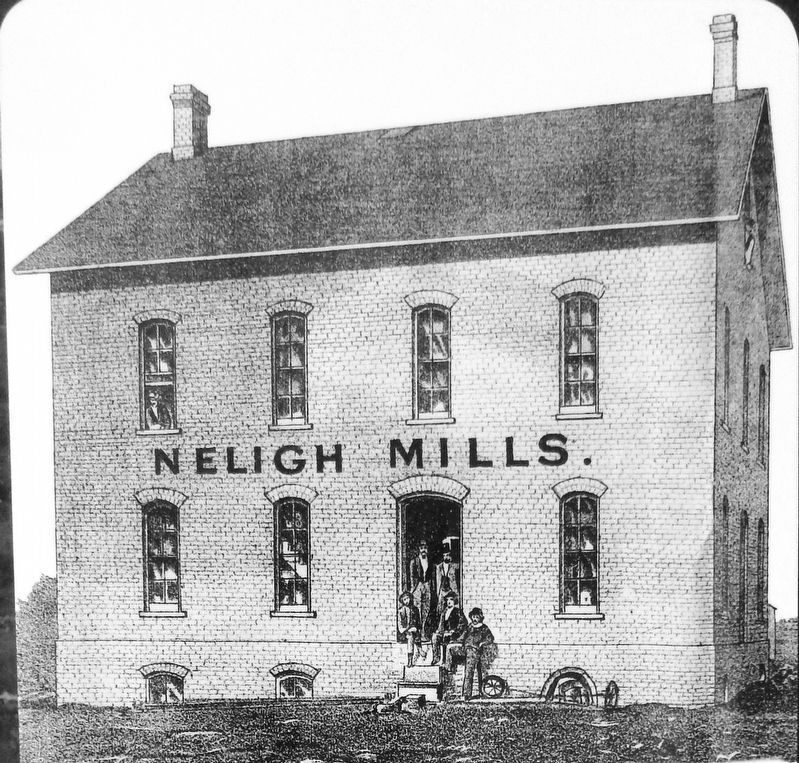 3. Marker detail: Earliest illustration of the Neligh Mill after completion in 1874.
F. Gilman, an experienced Iowa mill proprietor who owned merchant mills at Pierce and Valentine, bought the Neligh Mill in 1898. Soon it became his main plant for producing wheat flour and cornmeal. Flour shipments out of Neligh rose from 700 railcars in 1908 to 875 in 1911. Large orders for the Indian Department, military contracts for army posts such as Fort Robinson, and cornmeal products for posts in Alaska, Hawaii, and the Philippines all depended on the railroad.

Rail connections carried Neligh flour from Wyoming to Pennsylvania, south to Atlanta and into Florida. For several years, flour shipments were sent as far away as Hull, England.

Mill Work: Custom and Merchant
Custom flour mills (exchange mills) were small operations that ground wheat or corn for farmers in a local area. The miller charged a portion of grain brought in by the customer for his processing work. Farmers brought in "good merchantable wheat" to be exchanged for the "best quality flour."

Merchant mills were larger mill operations, where millers purchased grain from farmers and dealers to process for commercial sale. These mills depended on salesmen and agents to sell their products to commercial outlets. Merchant mill owners often sought large contracts, such as government work, for guaranteed production sales.

Gallaway and Lambert did both custom and merchant work 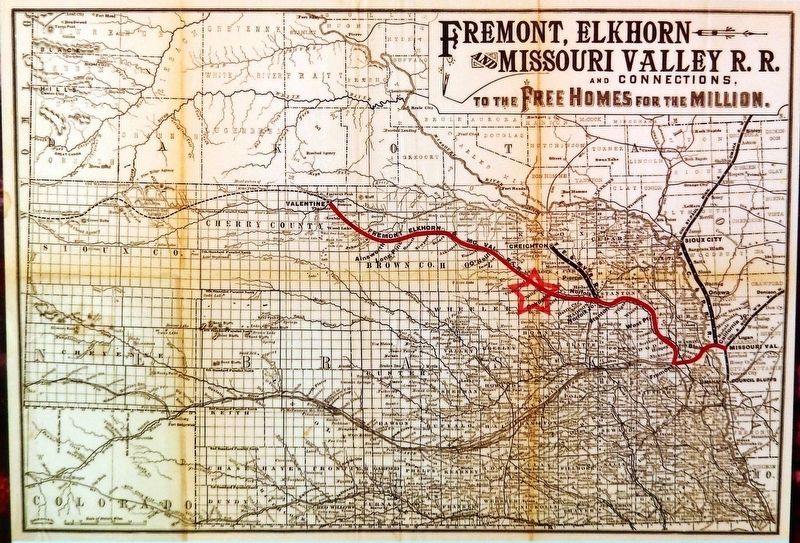 4. Marker detail: FE&MVRR Map
Map of the FE&MVRR as completed to Valentine. Projected continuation of the route through northwestern Nebraska indicated by hash marks.
at the Neligh Mill. As early as the fall of 1875 they purchased large quantities of wheat and shipped finished flour to markets at Columbus, Nebraska, and Yankton in Dakota Territory. A large contract with the Indian Department in 1878 required 350-400 wagons to carry mill flour to Niobrara, Nebraska, on the Missouri River, for transport by steamboat to upriver Indian agencies in the Dakotas.

From Farm to Mill
Roads linked Neligh mill and area farmers, but only when they were passable. Farmers living south of the river relied on the bridge built in 1875. High water or bad roads hurt business. When high water took out the bridge in 1884, the mill owners opened a temporary bridge across their dam. Later that year the first permanent iron bridge was built at the mill crossing. It served until replaced by the current bridge in 1909.

The End of the Merchant Mill
In 1915 the Neligh Mill was reported as one of the eight largest flour mills in the state. The mill was boosted by orders during the World War I years, and survived the hard years of the 1920s and the Depression. But competition from large commercial milling companies, such as Nebraska Consolidated Milling Company in Omaha and General Mills in Minneapolis, made Neligh flour production less profitable. The mill stopped grinding flour in the 1950s. It continued to produce livestock feed for regional 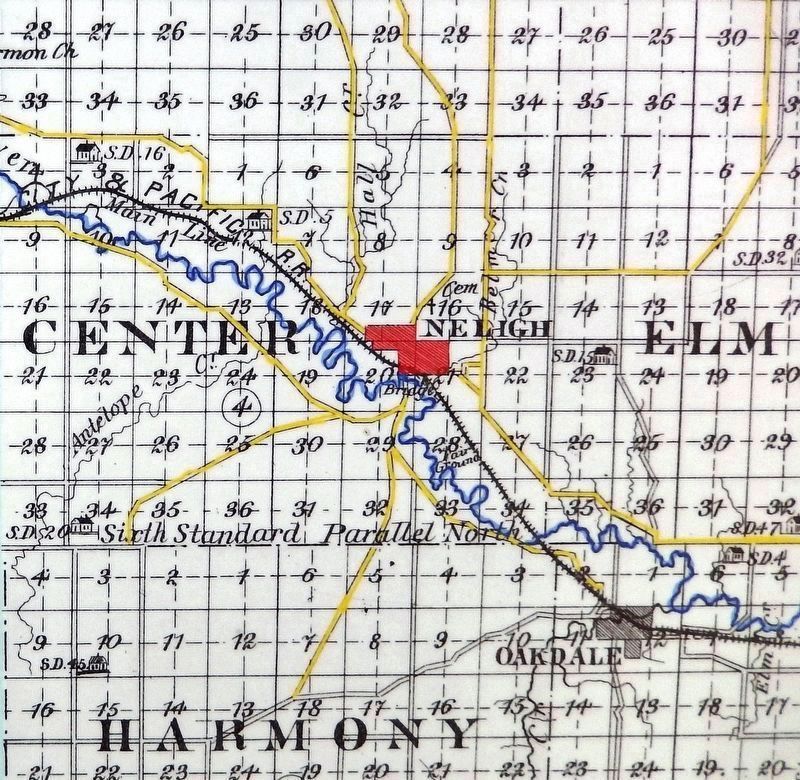 5. Marker detail: Map of legally established roads in 1805 for rural travel into Neligh.
The system of country roads authorized by legislation in the 1880s helped improve the critical link from farm to the town and mill.
markets until it closed and was purchased by the state as a historic site in 1969.

The Rise of Highway Transportation
The twentieth century brought the rise of motor vehicle transportation to northeast Nebraska. As travel by cars and trucks increased, so did the demand for better public roads. The Federal Highway Act passed in 1916 gave federal support to build a system of improved roadways in Nebraska and the nation.

The main east-west route passing through Neligh was originally a part of the so-called "Black Hills Trail," as mapped in 1922. In 1932 it was assigned U.S. 275, the same designation it bears today. A highway route designated Nebraska 14 reached Neligh from the south in 1922 and was extended north to Niobrara by 1933. During the 1930s many of the main highways in the state received all-weather surfacing.

The increase of improved roadways caused the decline of railroad passenger and freight traffic. Passenger service on the Chicago & North Western ended in 1957. The C&NW (formerly FE&MVRR) which originally brought settlement and progress to Neligh and northeast Nebraska was finally abandoned in 1992. 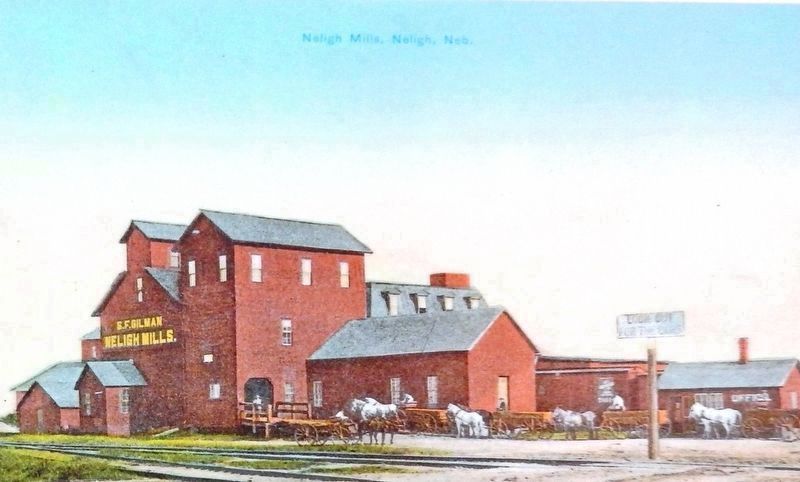 Location. 42° 7.571′ N, 98° 1.861′ W. Marker is in Neligh, Nebraska, in Antelope County. Marker is on N Street south of East 2nd Street, on the left when traveling south. Marker kiosk is located along the walkway on the west side of the Neligh Mill complex. Touch for map. Marker is in this post office area: Neligh NE 68756, United States of America. Touch for directions.

Related markers. Click here for a list of markers that are related to this marker. Neligh Mill State Historic Site 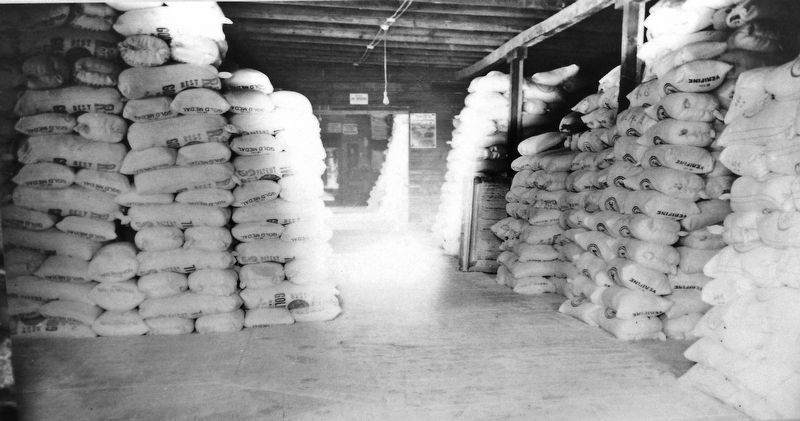 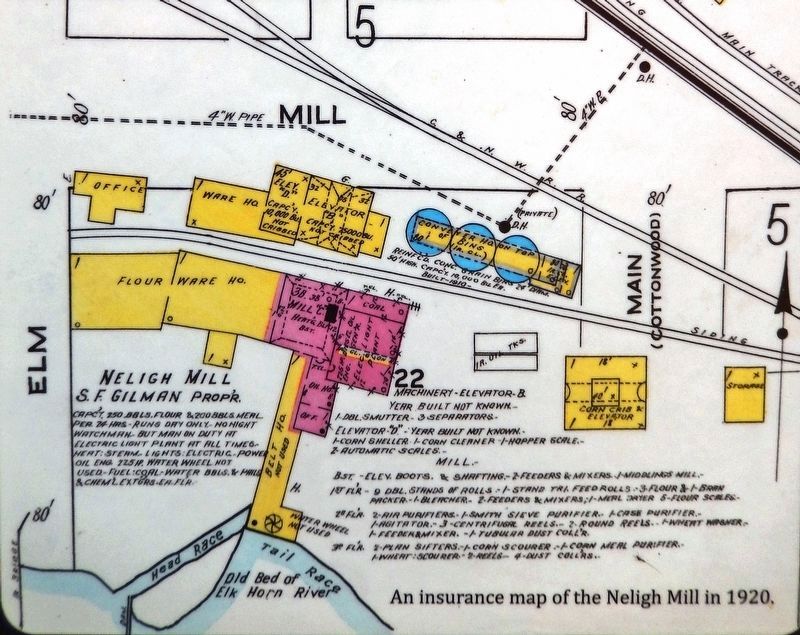 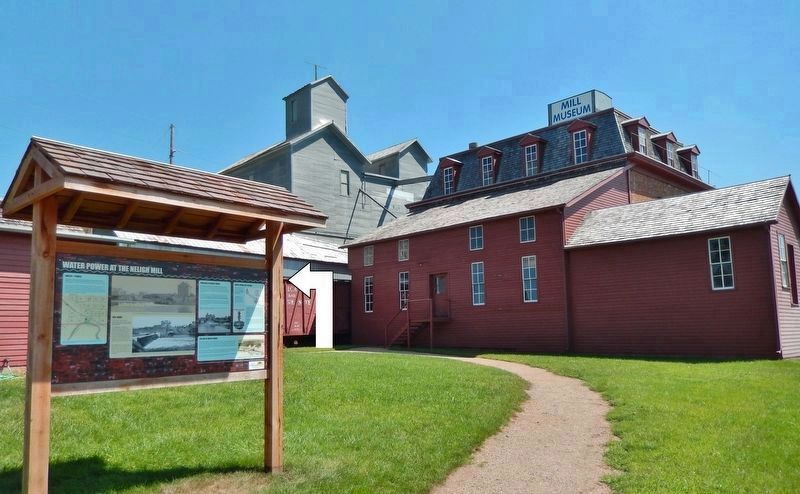