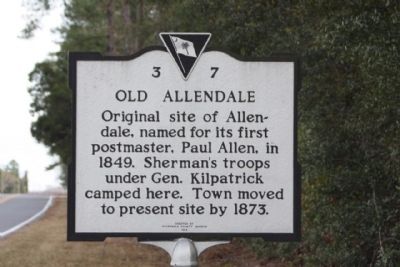 Topics. This historical marker is listed in these topic lists: Military • Notable Places • Settlements & Settlers • War, US Civil. A significant historical year for this entry is 1849. 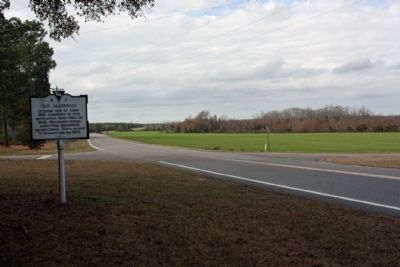 Also see . . .
1. The Carolinas Campaign. [Sherman's Army ] should march north through the Carolinas , destroying everything of military value along the way, similar to his march to the sea through Georgia. Sherman was particularly interested in targeting South Carolina, the first state to secede from the Union, for the effect it would have on Southern morale. (Submitted on February 7, 2009, by Mike Stroud of Bluffton, South Carolina.)

2. Allendale County , South Carolina. The site offers this passage describing the passing of Sherman's Army:
For the history deprived, Sherman's crew burned the buildings at the old location of Allendale to the ground, and probably attempted to burn the very ground itself. In Georgia they burned Atlanta and books, in SC, they attempted to burn the very dirt. War may be hell, but 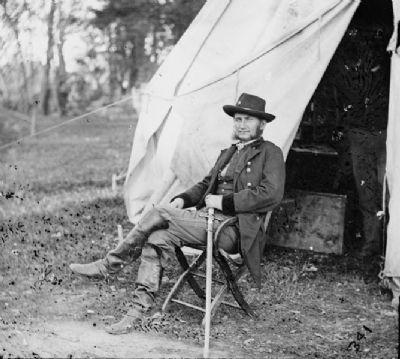 Photographed By Brian Scott
3. Hugh Judson Kilpatrick (1836–1881)
United States Minister to Chile
1865-1870
Sherman, his associates, allies, and their ilk, have been wished there ever since by all who were in his path. He forever changed the literal face of everything in his path. (Submitted on February 7, 2009, by Mike Stroud of Bluffton, South Carolina.)