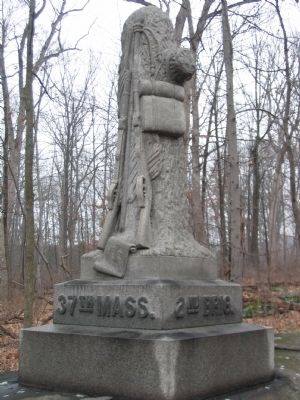 Erected 1886 by State of Massachusetts.

Location. 39° 47.83′ N, 77° 14.059′ W. Marker is in Cumberland Township, Pennsylvania, in Adams County. Memorial is on Sedgwick Avenue, on the right when traveling north. Located on the south part of Cemetery Ridge in Gettysburg National Military Park. Touch for map. Marker is in this post office area: Gettysburg PA 17325, United States of America. Touch for directions. 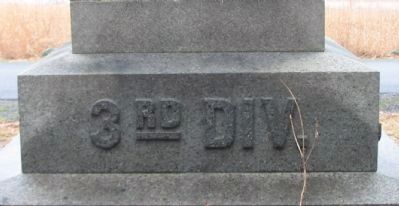 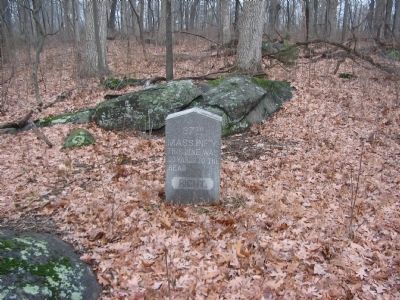 By Craig Swain, December 27, 2008
4. Right Flank Marker for the 37th Massachusetts
The right flank marker for the regiment reads:
37th Mass. Inf'y. This line was 100 yards to the rear.

The regiment occupied a line along the ridge in the evening of July 2 and held it through the remainder of the battle. 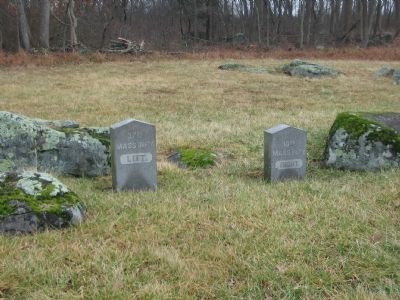 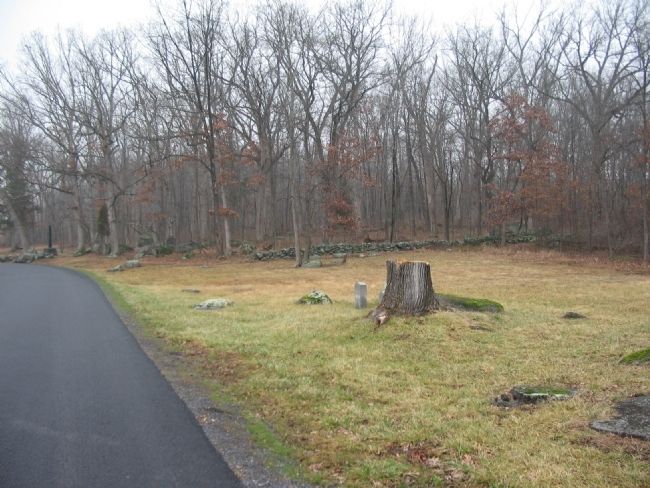 By Craig Swain, December 27, 2008
6. 37th Massachusetts Infantry Position
Looking past the left flank marker stone (next to the tree stump in the center) toward the right flank of the regiment. A stone wall bisects the regimental line. The monument is just beyond the wall in the woods, left of center. On the far left is the Fifth Corps Headquarters marker. The 37th's line was about 100 yards off the road to the right, along the crest of the ridge. 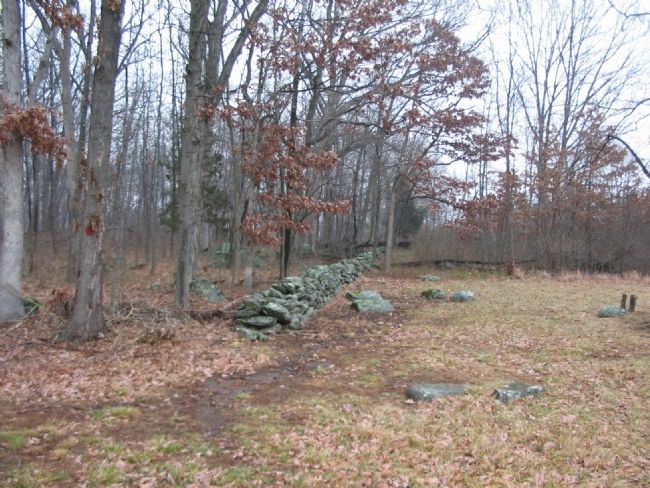