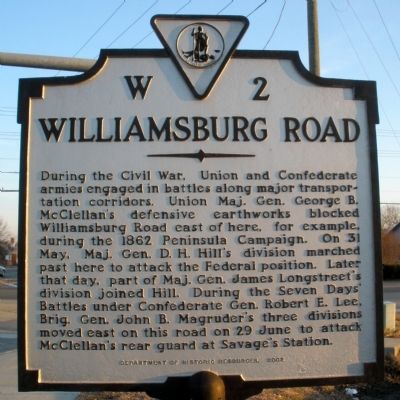 Topics and series. This historical marker is listed in this topic list: War, US Civil. In addition, it is included in the Virginia Department of Historic Resources series list. A significant historical year for this entry is 1862. 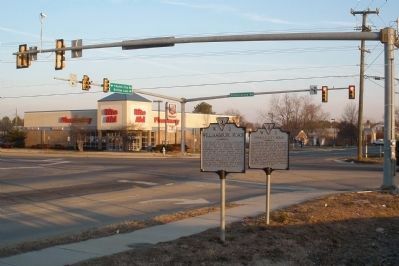 Click or scan to see
this page online
Road (U.S. 60) and Charles City Road, on the right when traveling east on Williamsburg Road. Touch for map. Marker is in this post office area: Henrico VA 23231, United States of America. Touch for directions.